Egyptian actress Faten Hamama, who died Jan. 17, was behind the amendment of the Egyptian Personal Status Law, allowing women to file for divorces. 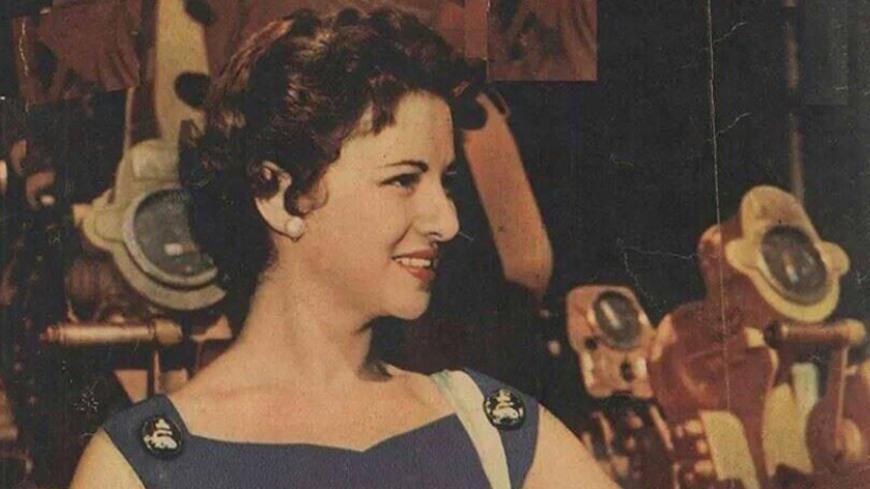 CAIRO — The world bade farewell Jan. 17 to the "Lady of the Arabic Screen" Faten Hamama, whose work as an actress focused on the image of subjugated Arab and Egyptian women, and expressed their concerns regarding the discrimination they suffered.

One of Hamama's most famous movies, “I Want a Solution,” led to the amendment of Egypt’s Personal Status Law, entitling Muslim women to file for a divorce. The movie boldly tackled what's now known as "khula" — a Muslim woman's right to seek a divorce from her husband for compensation — in Egyptian law.

Cairo witnessed two days of mourning for Hamama, who died at 83 after a period of illness. The Egyptian president issued a statement to Egypt and the Arab world, mourning her loss.

Hamama married Omar Sharif after he converted from Catholicism to Islam. They divorced after Sharif moved to Hollywood in 1974. In 1975 she married radiologist Mohamed Abdel Wahab Mahmoud. However, Sharif continued to avow his love for her.

Egyptian singer Mohamed Abdel Wahab supported Hamama’s talent from the beginning, including when, at age 8, she won the title of Egypt's "most beautiful baby girl" and starred in her first film, "Youm Said" ("Happy Day") in 1940. Hamama herself was keen on producing stars and supporting young talent. Her first appearance before Abdel Wahab, dubbed “the Musician of Generations,” was a turning point for Hamama, given Abdel Wahab's prominent place among Arab musicians.

Hamama was widely popular in the Arab world, as well as among Arab leaders. In the 1960s, Gamal Abdel Nasser called her a national treasure, despite her opposition to his regime and her self-exile from Egypt until after his death in 1970. President Anwar Sadat further awarded her the Decoration of the State of the First Order in 1977.

Hamama holds a special place in the heart of Egyptian President Abdel Fattah al-Sisi, appearing alongside each other on several occasions. Sisi personally called Hamama during her illness, as she was diagnosed with heart problems in 2014.

Hamama addressed all women's concerns, regardless of age or social class. The National Council for Women in Egypt highlighted this in a statement, noting that her movie roles helped resolve issues concerning women.

Film critic Hanan Shuman described to Al-Monitor the details of her last interview with Hamama in March 2014. Hamama spoke frankly about why she left Egypt during Nasser’s rule. “She told me that her self-exile from Egypt after the setback of 1967 was not out of fear of Nasser himself, but his men. They asked her to cooperate with the Egyptian intelligence services and she refused,” said Shuman. “Hamama told me about her admiration for Sadat and his openness, and she pointed out the crises of the high-population density in her movie ‘Mouths and Rabbits’ ('Afwah Wa Araneb'). She also talked about her resentment of the [Hosni] Mubarak era, as the latter used to take from the poor to give the rich. She expressed this painful reality of poverty through her film ‘A Bitter Day, A Sweet Day’ (Youm Murr, Youm Helou').” Hamama even opened up to the critic about "her depression during [Mohammed] Morsi’s reign."

Shuman explained that until the mid-1980s, Egyptian cinema was considered the Hollywood of the East, dominating Arab screens until the rise in popularity of American and Indian cinema in the Arab world. “Egyptian cinema represented the Arab cinema, and this is how Hamama's roles had an impact on the whole Arab world,” Shuman said.

Zainab Kheir, director of the Egyptian Center for Economic and Social Rights, said Hamama’s roles defended the rights of the marginalized. In "The Nightingale's Prayer" ("Doaa al-Karawan"), she surprised society with her depiction of the painful realities of underage girls working as housemaids, whose rights and honor were frequently violated.

“We will not forget how she represented women’s oppression in her film ‘The Sin’ ('Al-Haram'), which reveals the miserable and doomed life of migrant workers and the injustice they are exposed to," Kheir said. "We will also not forget how her role in ‘The Open Door’ ('El-Bab el-Maftuh') tackled the injustice imposed on girls by the Eastern customs and traditions by forcing them to marry according to the family’s will.

“Hamama was subjected to harsh criticism by Islamic movements, particularly the Muslim Brotherhood, for her movie 'I Want a Solution.'”

Hamama left behind an abundant legacy in the Arab world, with more than 90 movies that reflect the reality of marginalized and oppressed women. She was the mirror of her era.