Yemeni photographer Abdul Rahman Al Ghabri speaks to Al-Monitor about his work and how it reflects the changes in Yemeni society. 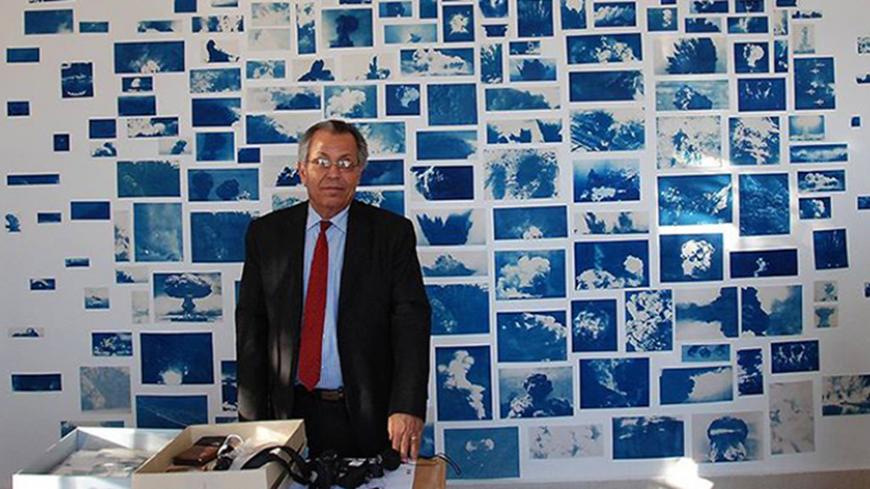 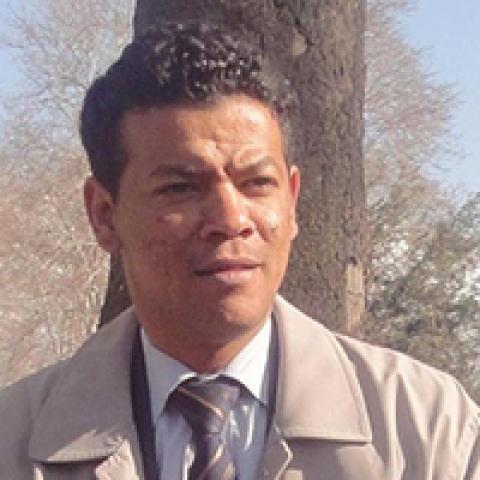 The intangible changes taking place in Yemeni society can be studied through the lens of photographer Abdul Rahman Al Ghabri, also a famous Yemeni director and father of an artistic family. All of his sons are artists and filmmakers. One of them, Ameen, was nominated for an Academy Award for his film "Karama Has No Walls."

Al-Monitor selected a collection of his best photographs taken at various stages of his career and asked him about the memories behind them, the circumstances of their shooting and how different they are from the current situation, looking for a deeper understanding of the changes in Yemeni society over the past four decades.

Ever since the fall of the capital in September to the Houthi militia Ansar Allah, the sight of a child with a Kalashnikov rifle in the streets of Sanaa has become common. What has become strange and rare is the sight of a boy or a young man wearing a jasmine headband in Sanaa or any other city in Yemen. Jasmine has always been associated with women. During the last decade, it has become disgraceful for men to wear jasmine headpieces, with the exception of graduation celebrations, weddings and some other events. Otherwise, when a young man wears a jasmine headband, he is perceived as a criminal, homosexual or effeminate. 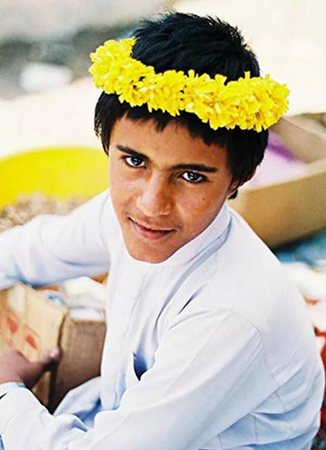 The uniqueness of Photo 1 owes to its timing and location. Taken in 1996, it shows a boy wearing a traditional costume with jasmine on his head. His friendly smile and confident face show how proud he is of his appearance. In other words, the mentality of the community has been distorted. What used to be normal in 1996 has become an abhorrent “disgrace” in 2015.

In addition, the photo was not taken in the capital, but in Saada, a Houthi stronghold. Instead of the trappings of modernity and civilization moving from Sanaa to Saada, the opposite has taken place. Instead of jasmine headpieces, it is the Kalashnikov rifles that have multiplied. The jasmine generation disappeared, while the Kalashnikov generation appeared.

Ghabri’s work shows that Yemeni society was once more passionate about art and less hostile and conservative toward women and singing. Consequently, these photos can be viewed as historical evidence rather than simply visual and aesthetic documentation. 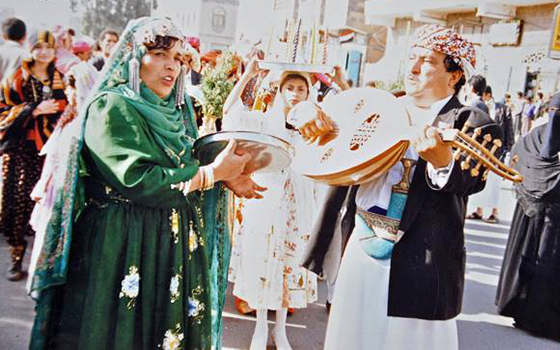 Photo 2 shows singers Najah Ahmed and Abdul Wahab al-Kawkabani performing at a popular celebration in the center of the capital. Ghabri said, “During national holidays, artists would celebrate, dance and sing in the streets.” This has become impossible in the past two decades. Instead of singing and dancing, Yemenis now fear car bombs and terrorist attacks in public gatherings. 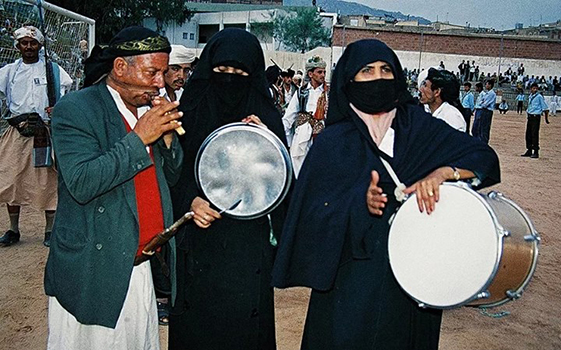 Photo 3, taken in 1995, shows an artistic family in the Al-Zarafa court in the heart of Sanaa. “I do not know where this family disappeared to, and where its members are now,” Ghabri said. 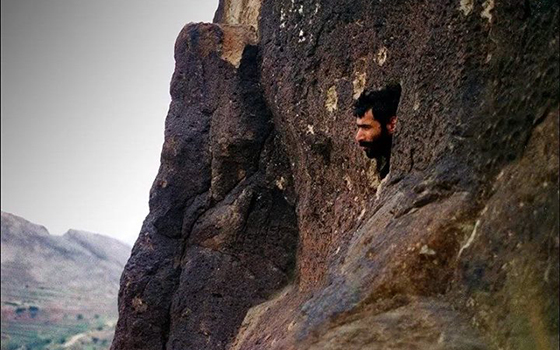 Though Photo 4 looks like it was taken from a movie featuring Syrian actor Rashid Assaf, it is a snapshot of an archaeological site in Bani Matar, west of Sanaa, taken by Ghabri in the mid-nineties. Tourist guide Ali al-Matari pokes his head through a hole, the window to the tombs’ guardroom in the era of the Himyarite Kingdom, the last pre-Islamic Yemeni kingdom that ruled for about 600 years (115 BCE-525 CE). Himyarite united the four kingdoms of Yemen and the gods of ancient Yemen into one, according to historical studies.

The site includes a number of Himyarite shrines and cemeteries. Although most of the Himyarite archeological sites have been subject to looting and destruction over the centuries, the remainder of this civilization is still breathtaking.

Like the Pharaohs, the Himyarites sanctified death. Their tombs were carved in high mountains that are difficult to reach in order to protect them from thieves. The Himyarite tombs reflect this civilization’s faith in enlightenment, rebirth and spiritual elevation.

Ghabri said, “I could not name the photo, given my reverence and admiration. The location is only reachable using ropes. I took the shot with my left hand — it was trembling, as I was afraid of falling from the top of the towering mountain, although I was tied with a rope by the waist and held on tightly to the thick rope with my right hand.” 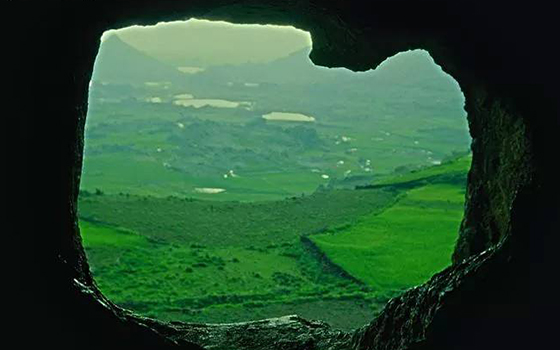 Photo 5 does not show a tourist resort. It was taken inside a Himyarite prison in a mountain in Ibb. Prisoners here would have spent their days enjoying the view of the fertile valley in the village of Menkt in Dhofar Yarim, the capital of the Himyarite state.

Compared with the current state prisons, which lack windows and ventilation, those in charge of the Himyarite prisons, built 2,000 years ago, were more sensitive to human rights and respected the need of prisoners to breathe fresh air. Ghabri said, “Taking this shot in this frame is not due to my proficiency in selecting the angle, but rather in standing in the prisoner’s shoes and taking the shot. Prisons in the Himyarite era had a great deal of respect for the human being. This makes us wonder: To what extent were our ancestors civilized?”

The Himyarite prison consisted of a room carved into the edge of a mountain that could accommodate a maximum of three people. A hole in the top of the mountain was used to lower prisoners into it using a mobile ladder. Food and drink were sent down in a basket tied with a rope, while the prisoners’ waste was disposed of through internal drainage channels. The prisoner could not escape, given the precipitous drop, the rocks and the smooth interior walls with no purchase to allow the prisoner to climb. The window remains open for ventilation. 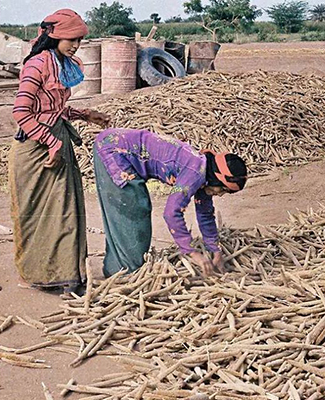 Photo 6, taken in 1983, shows peasants in the countryside of Tehama, in Hodeidah governorate. Ghabri told Al-Monitor, “In the countryside, women are the pillars of land and family. Seeing girls in this outfit is rare these days, as the majority of rural women became wrapped in black, nonproductive and stay at home.” 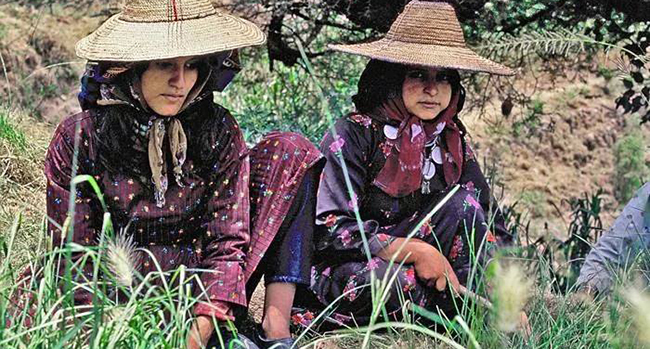 Recalling his memories of taking Photo 7, his encounter with conservative rural women and how he persuaded them to pose for a photo, Ghabri told Al-Monitor, “When you meet a woman in the countryside, do not feel intimidated to greet her. She will kindly greet you back and ask you how you are doing. If you find a woman carrying a water jar, ask her for a sip and she will ask you to stand on a rock to drink from the mouth of the jar she is holding, as she will not agree to put down the jar, or she will rather bow down and let you sip water from the jar she is holding on her head.”

He said, “I did this several times. Sometimes I was not even thirsty, but I wanted to have a joyful day. How I would liked to have the noble and high ethics of these female jar holders.” 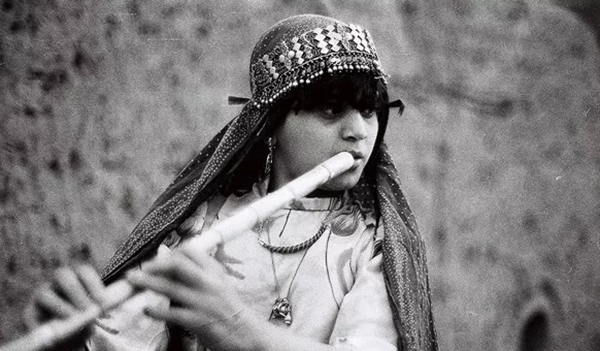 Photo 8 was taken in black and white in the countryside in 1978. Ghabri explained, “The young female shepherd was calling her sheep through music by playing the flute, popularly called the clarinet.” 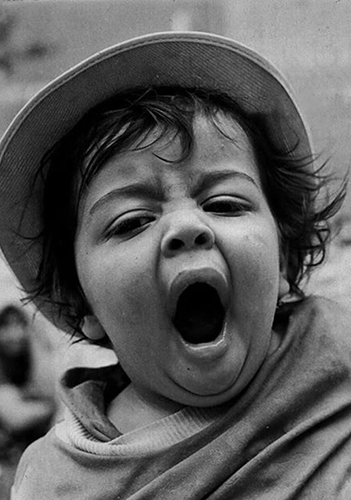 Photo 9 is of Ghabri’s eldest son Shady, taken in 1978 when he was 10 months old. According to Ghabri, what is funny about this photo is that he exhibited it in an art gallery in Kuwait in 1980 and a week after returning home, was surprised that it was awarded best photo. The prize, however, was given to a woman and published by the Kuwaiti Al-Nahda magazine. Laughing, he added, “I tried to reproach them but to no avail, even though my name and my signature are on the left side of the photo.” 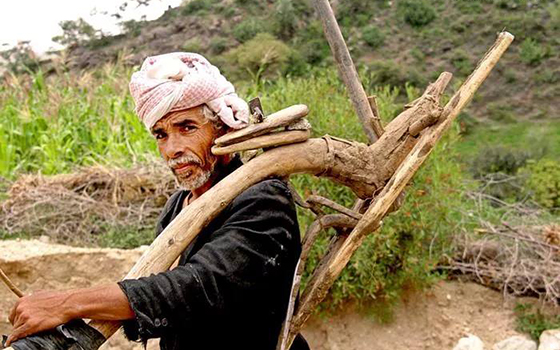