President Recep Tayyip Erdogan’s chairing of Cabinet meetings, coupled with signs of disagreements between him and the prime minister, are stoking concerns. 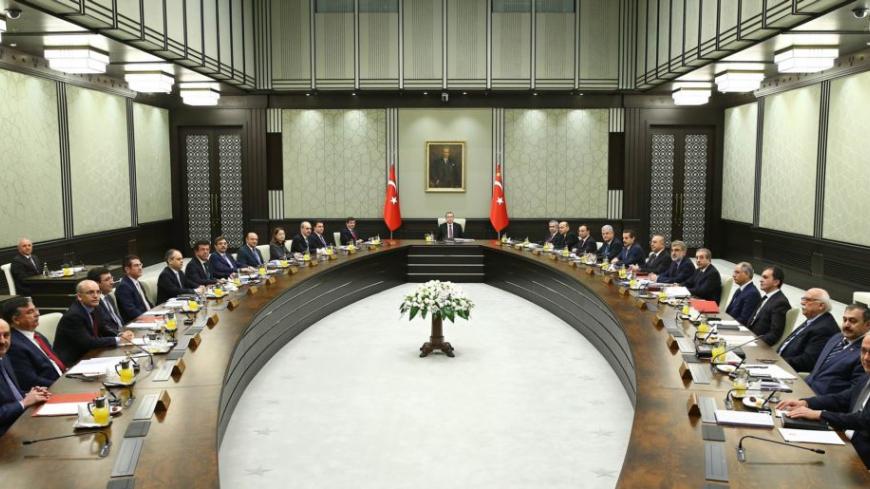 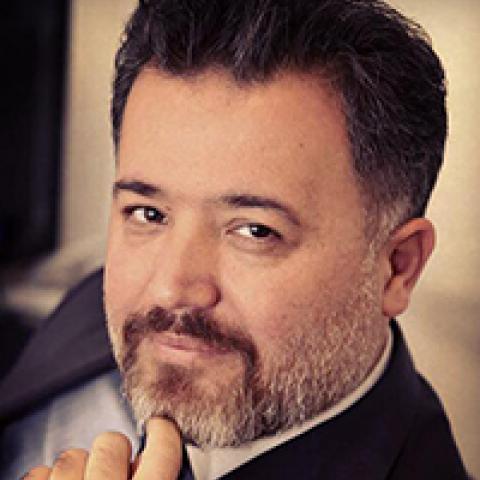 Jan. 19 will go down as a milestone in Turkish political history. Even a simple photo of the meeting at the presidential palace speaks volumes: Recep Tayyip Erdogan, Turkey’s first popularly elected president, sits at the head of the table, with Cabinet members lined on both sides.

For those familiar with Turkey’s 65-year multiparty political history, this is not an unusual or surprising sight. Five of Erdogan’s 11 predecessors had similarly convened and chaired Cabinet meetings. Before and after his election in August, Erdogan had openly declared he would use his presidential powers to their full extent.

Why, then, has this meeting stirred such passions? True, other Turkish presidents also chaired Cabinet meetings. And the constitution does allow Erdogan to convene the Cabinet. Yet, it allows him to use this authority in extraordinary circumstances such as natural disasters, epidemics, economic crises and wars.

The last time a president used this authority was 15 years ago. The Justice and Development Party (AKP) has been in power for 13 years now, priding itself on bringing political and economic stability to Turkey. No “extraordinary” situation seems to exist at present. And it is worth recalling that Erdogan’s immediate predecessor, Abdullah Gul, also from the AKP, never even thought of convening the Cabinet.

For many AKP supporters, the image from the presidential palace was the “picture of bliss.” Erdogan wields major clout over the AKP's base, certain segments of which are ready to back whatever he does. Yet for a significant portion of Turks, the Erdogan-chaired Cabinet meeting is a source of serious concern. This has nothing to do with envying the AKP. Rather, the meeting is seen as an illustration of Erdogan moving to a one-man rule.

Turkey today has a president with amplified power derived from his election through a popular vote and a ruling party with an absolute dominance over the central government and local administrations. The tutelage of the military and the bureaucracy is at its lowest. The opposition lacks the strength to affect the ruling party. Relations with the European Union have never been worse. The outcry over basic freedoms keeps growing, and Erdogan sees the Shanghai Cooperation Organization as an alternative to the EU. Hence, concerns over the country’s future are only natural.

The Jan. 19 meeting at the presidential palace sparked reactions not because of any topic on its agenda but because of the meaning that was attributed to it. Some may argue the meeting illustrated the “harmony” within the state. Yet, for an overwhelming majority, including AKP supporters, it was a “rehearsal” for a shift to a new system of governance.

The photo in the palace was Erdogan’s embodiment of the presidential system he has long promoted. With five months to go until general elections, Erdogan was telling his voters to get ready.

Prime Minister Ahmet Davutoglu looked far from happy during the meeting. His dour expression drew much attention and sparked debates on social media. He had entered the meeting room together with Erdogan after the two had met privately. We don’t know whether his unhappy face had to do anything with that meeting. But we do know that Erdogan and Davutoglu are not in agreement on certain issues, despite the air of harmony they convey in public.

Most importantly, Davutoglu believes that at least two of the four former ministers implicated in last year’s corruption probes should stand trial. In remarks made Dec. 22, he declared, “We will break the arm of anyone involved in corruption, even if it is my brother.” Speculation has been rife that Erdogan was annoyed by those comments. A few days later, all AKP members in the parliamentary commission investigating the corruption charges voted against sending the four ministers to the Supreme Court for trial. Their decision is suspected of being influenced by Erdogan’s position.

Furthermore, unnamed senior AKP members complained in remarks to Hurriyet last week that Erdogan had voiced reservations over a “transparency package” drafted by Davutoglu and his deputy Ali Babacan with the stated aim of combating corruption.

Though Turkey is officially governed by a parliamentary system, the powers bestowed on the president are reminiscent of a semi-presidential system. Erdogan himself is a charismatic and powerful figure elected by popular vote. Given those factors, the Jan. 19 meeting speaks of a de facto if undeclared presidential system.

Erdogan had promised to be an “unconventional” president, and he is living up to his word. He is in the news more than the prime minister. He is the first to announce legal amendments in many areas, from the banking sector to domestic security, which the prime minister or others are supposed to announce. Naturally, this leads to the conclusion that the real power rests not with Davutoglu but with Erdogan.

Another risk for Davutoglu is the perception of him being under Erdogan's “tutelage.” The opposition is already questioning his leadership in the face of Erdogan’s power and influence over the Cabinet.

Is this situation sustainable? No, according to Tarhan Erdem, a veteran pollster, political analyst and columnist. In remarks to Al-Monitor, Erdem said he saw the risk of a crisis, stressing that the constitution bestows powers to the president, but keeps the government responsible for the country’s governance.

“Davutoglu must be unhappy with the current situation. Who would be happy, anyway? This means a crisis, a blow to the governance system,” he said. “The president should give up his ambitions. There is no other way. Or else, Davutoglu will have to tell him to stop meddling.”

Bican Sahin, an associate professor at Ankara’s Hacettepe University and president of the Freedom Research Association, believes Turkey is currently governed under a de facto semi-presidential system. In comments to Al-Monitor, Sahin stressed that the semi-presidential and presidential models are both democratic systems if properly implemented, but voiced concern over Erdogan’s understanding of governance. He said, “The presidential system allows for a better realization of the separation of powers. In Turkey, however, Erdogan is moving toward a unity of powers, and this is a problem.”

Sahin drew attention to another risk that is rarely discussed: the political deadlock likely to emerge if the AKP loses the elections. “The current model can function as a presidential system only when the president and the prime minister are from the same party. Another party in power will mean a return to the parliamentary system, [in which] the president is a ceremonial figure,” he said. “But Erdogan is unlikely to act as a ceremonial president. This could deadlock the system.”