The Turkish judiciary emerges as a block on a trend toward more centralized power by Prime Minister Erdogan. 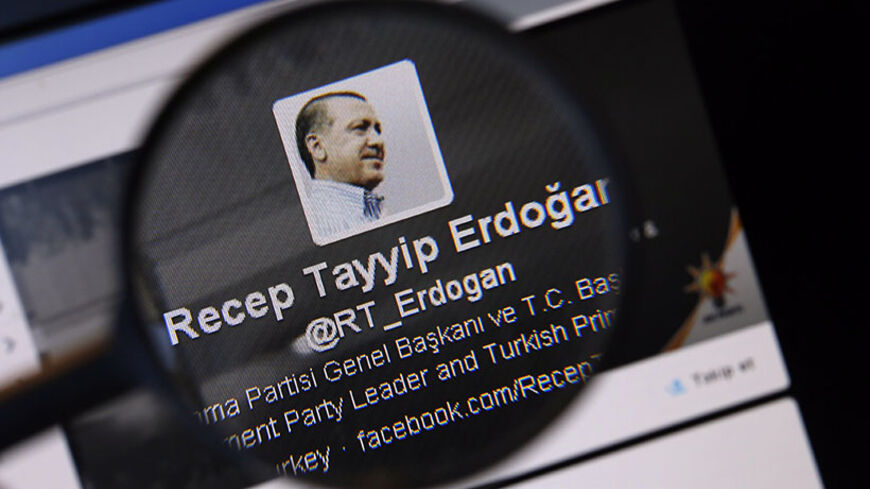 Following the Sept. 12, 1980, coup, the military, assuming that the president would always be one of its own, equipped the head of state — “if need be” — with constitutional powers pushing the limits of the parliamentary system. Under Turkey’s constitution, the president has a wide range of powers such as appointing the chief of general staff, chairing the Council of Ministers and even calling parliamentary elections. Gul as well as his predecessors used those powers only symbolically, leaving all critical decisions to the government and the prime minister. A low presidential profile is actually what Turkey’s parliamentary system requires. Under the current constitutional system in Turkey, the president is considered to be neutral and not a member of a political party.

In the coming period, however, all those balances are clearly bound to change, if Erdogan wins the August vote. On many occasions, Erdogan has declared he will fully use all presidential powers if elected. Unlike previous presidents who were elected by parliament, the next one will be elected directly by popular vote, which will help Erdogan play the role he envisages for himself. Thus, for Turkey, Erdogan’s victory will very likely mean a shift to a de facto semi-presidential regime bringing the president to the foreground.

Given Erdogan’s absolute control of his Justice and Development Party (AKP) and cabinet, his election would further mean that an over-empowered president would be effectively acting also as a prime minister and chairman of the ruling party at the same time. According to the Yeni Safak daily, which is close to the government, Erdogan, speaking at a meeting of AKP provincial chairmen a few days before he announced his candidacy, warned, “I remain here as your leader. You won’t be looking for a new one.” His remarks indicate he is seeking to block any search for a new leader within the party.

If Erdogan wins by a large margin, his party could call snap parliamentarian elections and then amend the constitution to install a presidential system which AKP quarters have long floated as a “desire.” AKP Deputy Chairman Mehmet Ali Sahin had indicated on May 31 that Erdogan would run for the presidency and outlined the party's vision for an overhaul in the country’s government system: “If we manage to get a stronger AKP into parliament in the 2015 elections, we will amend the constitution and introduce a presidential system for Turkey. In this way Prime Minister Erdogan, to be elected president in the meantime, will serve the nation until 2023, both as a party-affiliated figure and president.”

Such an eventuality would mean a presidential regime unique to Turkey. From what AKP members have said in debates on the issue, we already know that the party’s understanding of a presidential system is not based on a strict separation of powers like in the United States but rather on a system that equips the president with superpowers and caters exclusively to him. For instance, under the presidential system the AKP has in mind, the president can dissolve parliaments. Ergun Ozbudun, a prominent constitutional law scholar who has closely studied an AKP blueprint for a presidential system, said, “This system allows for governing (the country) through decrees. In the United States, this would be unthinkable. Under certain conditions, (the president) has the authority to dissolve parliament. … Hence, the separation and balance of powers is completely eradicated.”

In short, an overwhelming victory for Erdogan in the presidential race will likely lead to this outcome: The tendency toward authoritarian rule (or illiberal democracy, as Mustafa Akyol wrote July 2) that has emerged in Turkey in recent years will become institutionalized and take over the entire political system.

Yet, to assume that Erdogan’s and the system’s shift toward more centralized and expansive presidential powers will be free of resistance is an illusion. Last year’s Gezi Park protests, which erupted over the cutting of trees in Istanbul and then spread across Turkey, were aimed directly at Erdogan’s authoritarian inclination. The Turkish judiciary, especially the Constitutional Court, has also indicated it could be a significant mechanism of restraining and balancing the government.

Despite the government’s overhaul of the Higher Board of Judges and Prosecutors and the huge pressure it has put on the judiciary via this body, Turkish courts have been issuing rulings that defend liberties and restrain the government. The Constitutional Court, for instance, scrapped the bans imposed on Twitter and YouTube, while an administrative court suspended the construction of a giant complex in Ankara’s Ataturk Forest Farm, which Erdogan is probably planning as his presidential palace.

A June 30 report by Radikal correspondent Ismail Saymaz shows that the judiciary’s resistance to the authoritarian shift could come toward unexpected issues at unexpected moments. According to the report, a court in the western province of Aydin acquitted protestors charged for chanting “Erdogan the murderer,” ruling that they had simply used their freedom of expression.

This ruling by an ordinary provincial court demonstrates that certain reforms the government enacted in the past could paradoxically serve to restrain the same government in ways it never imagined.

In the case in Aydin, Erdogan himself was the plaintiff, while the defendants were protesters who called Erdogan “murderer” during the Gezi Park demonstrations, in which several young people were killed in the police crackdowns.

The court’s ruling included the following lines: “The statements, which are the subject of the complaint, could have been viewed as an insult if they were directed at an ordinary person in the street, but elected officials are expected to be more tolerant. As a prime minister, the plaintiff possesses power, exclusive rights and authority, and at the same time bears extensive responsibilities of similar importance. Given those responsibilities, not only mild and favorable criticism, but also scathing, shocking and annoying facts and thoughts can be voiced against him. … Even if the expression of ‘Erdogan the murderer’ is accepted to be rude and provocative, [the chants] stemmed from the actual and publicly known Gezi events [where] an adequate factual ground existed for the masses to widely chant these words as a slogan. Therefore the defendants expressed their views over this phenomenon by using sharp and striking language.”

The Aydin court appears to have based its entire ruling on European Court of Human Rights (ECHR) judgments concerning freedom of expression. Paradoxically, the court’s libertarian attitude can be well seen as an achievement of the Erdogan government itself.

Back in 2004, the government passed constitutional amendments, under which legal provisions were enacted to give priority to international law in cases when domestic law is in conflict with international law. Further amendments in 2010 enabled citizens to individually petition the Constitutional Court, thus allowing the court to function as a local ECHR.

All those reforms have had a very prominent part in the libertarian rulings of Turkish courts, be it the Constitutional Court or an ordinary court as the one in Aydin.

But as Erdogan’s endless criticism of the courts indicates, we know that the reforms it enacted yesterday have come to bother the government today. This is because the judiciary remains virtually the sole institutional bulwark against Erdogan’s and his government’s authoritarian tendencies. It won’t be prophecy to predict that the biggest tensions in Turkey in the coming period will be between the judiciary and the government, whose leader is increasingly adopting a “one man” profile.