Is the Saudi succession near?

With an ailing king, Saudi Arabia's royal succession comes into focus, as well as the kingdom's forthcoming challenges. 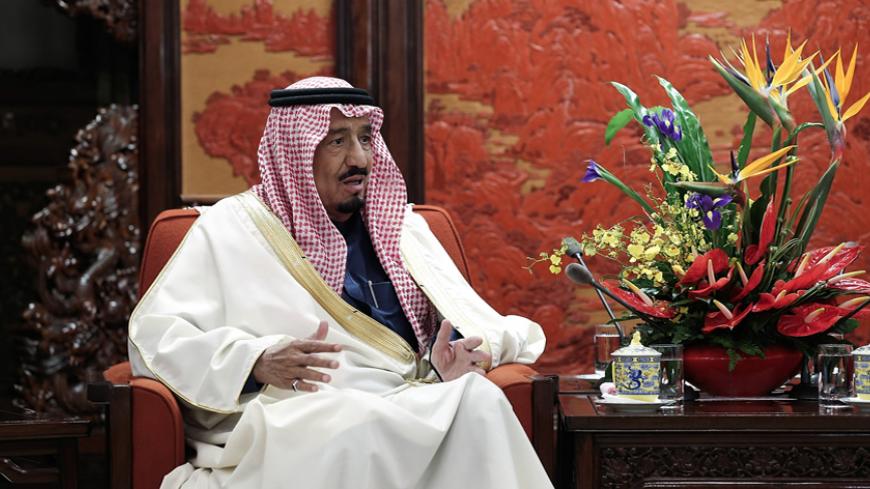 The hospitalization of King Abdullah bin Abdulaziz in late December raises the possibility that Saudi Arabia will have a new king in 2015. The succession should be smooth: The more difficult succession questions are still down the road.

The king is 91, with a history of back surgeries. The royal palace at first said he was admitted to the King Abdulaziz National Guard hospital in Riyadh for "tests" and later said he is suffering from pneumonia and is breathing with a tube. Abdullah was a heavy smoker for years and has been reported to have lung cancer.

Crown Prince Salman, born Dec. 31, 1935, who is also defense minister, has been chairing Cabinet meetings for several months and handling almost all foreign travel responsibilities for the monarchy since he became the heir in 2012. He has visited China, Japan, India, Pakistan, the Maldives and France since becoming crown prince after the death of his predecessor, Prince Nayif.

Salman was governor of Riyadh province for 48 years. When he became governor in 1963, Riyadh had 200,000 inhabitants; today, it has more than 7 million. Salman presided over this remarkable transformation with a record for good governance and a lack of corruption. Since most of the royal princes and princesses live in Riyadh, he was also the family sheriff, ensuring any transgressions were dealt with smoothly and quietly with no publicity.

Salman also oversaw the collection of private funds to support the Afghan mujahedeen in the 1980s, working very closely with the kingdom's Wahhabi clerical establishment. In the early years of the war, before the United States and the kingdom ramped up their secret financial support for the anti-Soviet insurgency, this private Saudi funding was critical to the war effort. At its peak, Salman was providing $25 million a month to the mujahedeen. He was also active in raising money for the Bosnian Muslims in the war with Serbia.

Salman's sons include the first Muslim astronaut, Prince Sultan, and the governor of Medina, Prince Faisal. Another son, Prince Khaled, is a fighter pilot in the Royal Saudi Air Force (RSAF) and led the first RSAF mission against Islamic State targets in Syria last year. The family controls much of the Saudi media.

Salman has his own health issues and suffered a stroke. His successor was announced in February 2013 to ensure continuity. Second Deputy Prime Minister Prince Muqrin was born Sept. 15, 1945, and was educated at the Royal Air Force College in England before becoming a pilot in the Royal Saudi Air Force. Later, he was governor of Medina province and then head of Saudi intelligence. Muqrin is very close to Abdullah.

All three are sons of the modern kingdom's founder, Abdulaziz Ibn Saud, who had 44 recognized sons. The survivors and their heirs constitute the Allegiance Council, which Abdullah created in 2007 to help choose the line of succession. In practice, it has only ratified the king's decisions after the fact.

Muqrin is widely believed to be the last capable son of Ibn Saud. So if and when Muqrin ascends to the position of crown prince, the kingdom will face the unprecedented challenge of picking a next in line from the grandsons of Ibn Saud. That will raise questions of legitimacy not faced in the last century of Saudi rule.

Abdullah has been the de facto ruler of the kingdom since King Fahd suffered a debilitating stroke in 1995; he became king a decade later when Fahd passed away. A progressive reformer by Saudi standards, Abdullah has given the kingdom 20 years of stability. Salman is likely to provide continuity. The House of Saud highly values family collegiality and harmony. The two previous Saudi kingdoms in the 18th and 19th centuries were wracked by family internal squabbles that their foreign enemies exploited. With the Arab world facing its worst crisis in decades, the royals want to present an image of stability and strength.