After Qaboos, who will be Oman's next sultan?

Now that Saudi Arabia has seen its succession through, attention has moved to who will succeed Oman's Sultan Qaboos, who has been in Munich since the summer for unspecified health reasons. 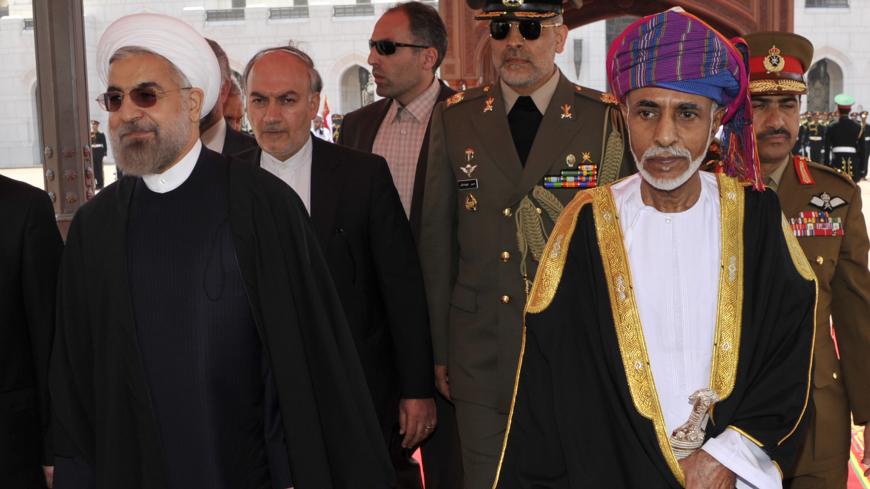 The death of King Abdullah bin Abdulaziz of Saudi Arabia turns the focus of succession speculation in Arabia to the Sultanate of Oman. Sultan Qaboos, the longest-serving ruler in the Middle East, has been in Germany for unspecified health reasons since last summer. While the Saudi succession was transparent, Oman’s is opaque.

Qaboos was born on Nov. 18, 1940, in Salalah, the capital of Oman’s western province of Dhofar, which borders on Yemen. He is the 14th-generation descendant of the founder of the Al Bu Sa’idi dynasty that created the sultanate in the 1600s after expelling the Portuguese from Muscat. He was educated in India and the Royal Military Academy at Sandhurst, then spent a year with the British Army of the Rhine in Germany. When he returned home to Salalah, his father kept him isolated and under virtual house arrest in the palace. The father was notoriously averse to any modernization of the country.

Qaboos came to power in July 1970 in a coup orchestrated by British intelligence using army officers seconded to the Omani army. British officers took control of the palace, lightly wounded the sultan in a short gunfight and then Qaboos’ father was flown out of the country on a Royal Air Force jet, never to return. London was convinced regime change was essential because the country was in a civil war with a communist insurgency backed by the Soviets and their then proxy, the People’s Democratic Republic of Yemen. The country had only 10 kilometers (six miles) of modern roads, virtually no education or health infrastructure and seemed about to become the next Arab monarchy to collapse.

With British encouragement, Qaboos asked the Shah of Iran and King Hussein of Jordan for help. The Iranians sent a regiment of troops and the Jordanians sent advisers. The communist insurgency in Dhofar was defeated and many of its leaders defected to the new government. Qaboos modernized the country, established a parliament and created one of the most stable and well-governed countries in the Middle East. Oman had a miniature version of the Arab Spring in 2011, during which the Sultan ordered further reforms to answer calls for change, and demonstrations petered out. The majority of Oman’s 4 million residents have never known any ruler except Qaboos.

While maintaining special ties to the United Kingdom, Qaboos has also been a close ally of the United States. Oman was the staging base for the ill-fated American hostage rescue mission in 1980 to get the American diplomats home from Iran. Oman participated in Operation Desert Storm to liberate Kuwait. Later Oman became a useful intermediary for sending messages from Washington to Tehran. Most recently, Oman has hosted secret talks between the US and Iran on Iran’s nuclear program.

In July, the Sultan traveled to his residence in Munich for medical tests. He has not left since, and last year he missed the Omani National Day (his birthday) celebration for the first time since his coup. He also failed to travel to Saudi Arabia for Abdullah’s funeral, a notable omission for a fellow Gulf monarch. He is widely reported to be suffering from terminal cancer. He has barely spoken to the nation since he traveled to Germany, giving only a brief address on National Day.

The sultan has no sons and has not publicly designated an heir. The royal family is supposed to choose a successor within three days of the sultan’s death. If the family cannot agree, it is to open a sealed letter that Qaboos has written that contains the name of his choice. The three men believed to be the most likely candidates are the sons of Qaboos’ late uncle, Tariq bin Taimur, who served as the sultan’s first prime minister. (Qaboos now holds the position himself.) None appears to have been groomed for power: Assad bin Tariq is a Sandhurst-educated businessman; Haitham bin Tariq is Oman’s culture minister; and Shihab bin Tariq led the navy for 14 years, but retired from the post a decade ago. No successor will have the legitimacy Qaboos has earned.

The royal family has every incentive to make the succession smooth. The country faces two dangers. Like the other GCC states, Oman depends on oil for most of its income, but it has relatively small reserves. The decline in oil prices is a much bigger challenge for Oman than for its richer neighbors because it has far smaller financial reserves.

The more immediate danger is the chaos in Yemen. The collapse of the central government and the resignation of President Abed Rabbo Mansour Hadi’s government means Oman faces near-anarchy on its sensitive western border. Qaboos and his successor will face a long-term problem of keeping the Yemeni civil war and its violence from damaging Omani interests.

The succession in Saudi Arabia was scripted well in advance and went off like clockwork. King Salman was quick to put in place the long-term succession arrangements for the kingdom by appointing Crown Prince Muqrin bin Abd al Aziz and Second Deputy Prime Minister Prince Mohammad bin Nayef to the No. 2 and No. 3 positions. Oman’s succession appears far less orderly from an outside, public point of view. Since Oman sits at the opening of the Straits of Hormuz, the whole world has an interest in a smooth and stable transition.