Iran’s deputy foreign minister for Arab and African affairs has discussed in two recent interviews the major points of contention remaining between Iran and Saudi Arabia. 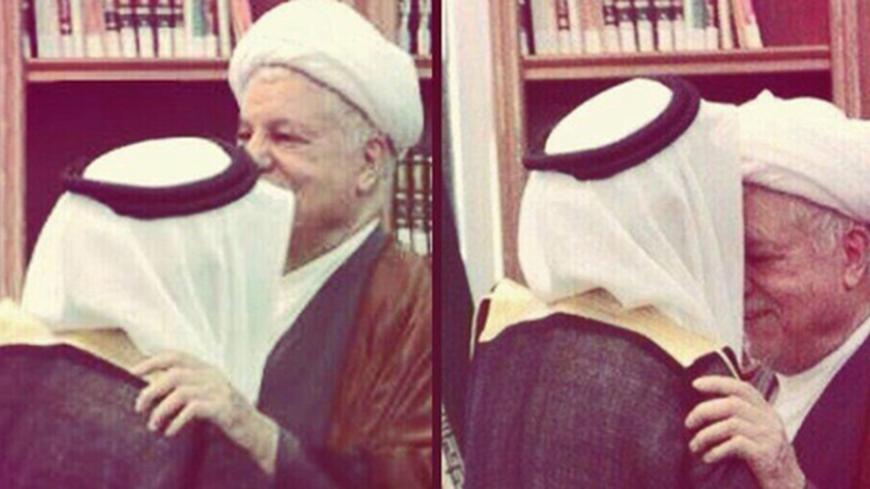 In two interviews, Hossein Amir-Abdollahian, Iran’s deputy foreign minister for Arab and African affairs, addressed two major points of contention that have made it difficult for Iran and Saudi Arabia to begin holding constructive diplomatic discussions over their regional differences.

The first incident dates back to April 2014, when Saudi Arabia’s ambassador to Iran, Abdulrahman Bin Groman Shahri, met Ayatollah Hashemi Rafsanjani in Tehran. Rafsanjani, keen to build better relations with Saudi Arabia, shared pictures of the meeting on his personal website, including of the Saudi ambassador kissing Rafsanjani on the forehead during their greeting. The kiss caused a backlash on Twitter by Saudis.

According to Amir-Abdollahian, who spoke with Iranian paper Shargh Daily, Shahri was summoned back to Saudi Arabia. Amir-Abollahian was told by other officials that the kiss had created a controversy in Riyadh. Though Saudi Arabia's official reason was that his tenure had ended, Amir-Abdollahian did not believe it, because the ambassador had abruptly left the country with none of the usual protocols or farewell ceremonies.

Abdollahian said that after a few weeks, Riyadh proposed another ambassador, but because there were “doubts and questions” about the previous ambassador's abrupt departure, Iran was in no hurry to approve him, but did so after “normal and natural” time.

It’s been eight months since Saudi Arabia last had an ambassador in Iran. Amir-Abdollahian said that while the new Saudi ambassador has been approved, he is currently assigned elsewhere and after completing the farewell protocols on his current assignment, will arrive in Tehran.

One of the most difficult roadblocks to de-escalation is planning a trip by top officials to each other’s countries. According Amir-Abdollahian, a trip by Iranian Foreign Minister Mohammad Javad Zarif was scheduled but weeks before it was to take place, controversial comments by Saudi Arabian Foreign Minister Saud Al-Faisal led to its cancelation.

In an interview with Arab-language Al-Alam, Amir-Abdollahian said that Riyadh had sent a formal invitation to Zarif to discuss “regional issues” and while Iran was preparing for this trip, the Saudi foreign minister made “harsh and unexpected” comments against Iran, preventing the visit. Amir-Abollahian was referring to Faisal’s October comments that Iran was an “occupying force” in Syria and “part of the problem.”

Amir-Abollahian said that when he had visited Saudi Arabia in August, he had personally invited Faisal to Iran, and he had accepted. But after Faisal’s “unacceptable” comments, the Iranian side “came under pressure” and the trip was canceled. He added that Iran would still like to see this trip happen “at the first appropriate time.”

Zarif and Faisal met in New York in September on the sidelines of the UN General Assembly. Asked if they would meet at again, Amir-Abdollahian blamed the delay on the drop in oil prices. The price of oil has dropped to record lows in the last several months, hurting the economies of oil-producing countries, and many Iranian officials blame Saudi Arabia for overproducing. Amir-Abdollahian said that Iran has notified the Saudis that the price drop is detrimental to all countries of the region, and they should “adopt a policy that is beneficial to the region.”