Iranian officials have lauded the invitation of Iran's foreign minister to visit Saudi Arabia, but improving relations will take much more than diplomacy. 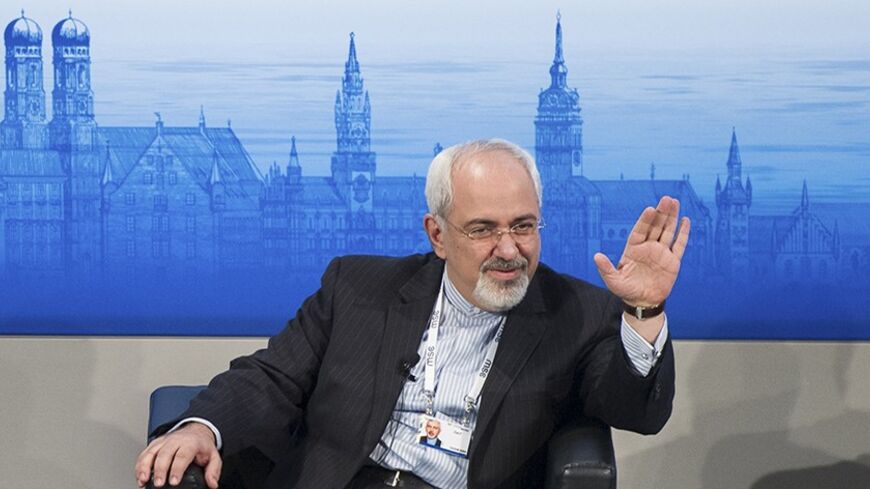 “Anytime that [Zarif] sees to fit to come, we are willing to receive him. Iran is a neighbor. We have relations with them and we will negotiate with them. We will talk with them,” said Faisal. He did not mention when or how the invitation had been extended.

Iranian Deputy Foreign Minister Hossein Amir Abdollahian said May 14, “There has been no written invitation yet to the foreign minister of our country to visit Saudi Arabia. But a plan for the two ministers to meet is on the agenda.” He added, “We welcome negotiations and meetings to help solve regional conflicts, resolve misunderstandings and to expand bilateral relations.”

President Hassan Rouhani’s spokesman Mohammad Bagher Nobakht also said today, May 14, “Just as the views of the president have been stated before about relations with neighbors, especially Saudi Arabia, there is an intention and willingness to expand ties.” He added, “Saudi Arabia is a neighboring country [with whom] … strengthening of ties will be to the benefit of the region. This administration is willing to expand relations with Saudi Arabia to secure the interests of both countries and regional stability.”

Nobakht told reporters that the Foreign Ministry could elaborate further on the subject. Zarif is currently in Vienna at negotiations over Iran’s nuclear program with the five permanent members of the UN Security Council plus Germany.

Since Rouhani’s election, Saudi officials have invited Expediency Council head Ayatollah Hashemi Rafsanjani, who has a close personal relationship with Saudi King Abdullah Bin Abdulaziz. A visit by Rafsanjani or Zarif could be viewed as the first steps to addressing a wide range of issues. However, tensions are so high at the moment that a photo of Saudi Arabia’s ambassador kissing Rafsanjani when they met in April caused considerable online outrage from many Saudis. Iran also has its own considerations. Foreign policy decisions are ultimately in the hands of Iran’s Supreme Leader Ayatollah Ali Khamenei, and he has not yet expressed an opinion on the topic.

Iran and Saudi Arabia are currently at odds over a number of regional issues, none more pressing than the war in Syria, which has left more than 150,000 dead. Iran has supported Syrian President Bashar al-Assad’s army and militias, while Saudi Arabia has supported the rebels and various Islamist groups. Saudi Arabia has urged the United States to take military action against Assad’s forces while Iranian officials, from the Revolutionary Guard to the speaker of parliament, have very harshly threatened the region if the United States were to do so.

Hard-line Raja News had a more critical take on the possibility of expanding ties between Iran and Saudi Arabia. Allameh Tabatabaei University professor Sa’adollah Zaeri told Raja that Saudi Arabia’s closeness with the United States and regional competitors would prevent the expansion of ties. He said that the two countries’ interests are opposed in Lebanon, Syria, Iraq, Pakistan, Afghanistan, Bahrain and Yemen. Zaeri also said that Iran’s Shiism and Saudi’s Sunnism are not the primary source of conflict between the two; rather, the Saudi problem with Iran is Iran’s power.