Khamenei’s message to the West

An open letter from Iran's supreme leader to Western youth is another sign of the changes afoot in Iran and a decision by the country's leadership to counter Islamophobia. 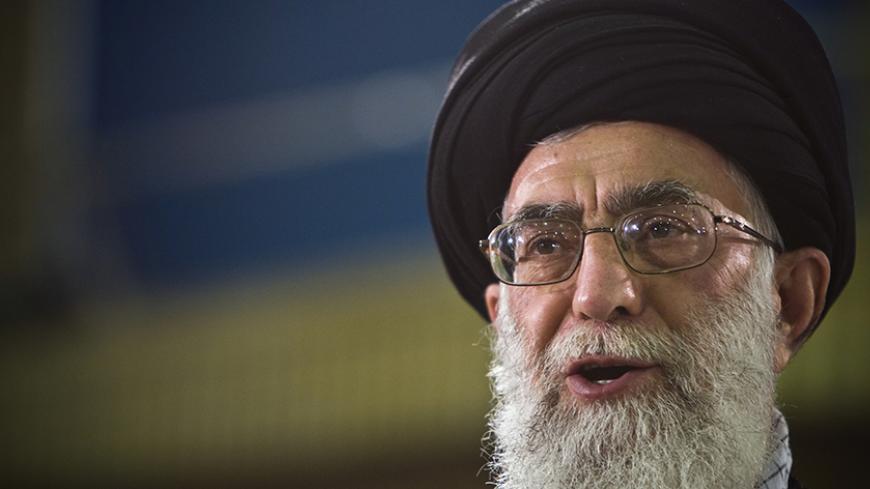 Iran's supreme leader, Ayatollah Ali Khamenei, on Jan. 21 posted an open letter to Western youth on his website, asking them to “gain direct and firsthand knowledge” about Islam instead of information based on “resentments and prejudices.” It might be the first time a senior Islamic cleric has directly addressed the youth of the West about his religion. The timing appears to have been an important factor in issuing the letter just two weeks after the Jan. 7 attack by Islamist extremists on the Paris offices of the satirical newspaper Charlie Hebdo that set off a new wave of Islamophobia in the West, with anti-Islamization movements already gaining momentum, particularly in Germany and France.

The letter from Iran’s supreme leader arrived as a surprise, reflecting a new approach by the Islamic republic, whose first leader, Ayatollah Ruhollah Khomeini, had issued a fatwa calling for the death of the British-Indian novelist Salman Rushdie for “The Satanic Verses,” a book regarded by Muslims worldwide as a provocation and blasphemous against Islam.

A Tehran source close to the supreme leader’s house told Al-Monitor, “This letter, which was written by Imam Khamenei himself, is aimed at reaching the youth of the West to tell them to read and understand Islam directly.” He also said, “It’s as important as the Salman Rushdie fatwa in the late ’80s. Imam Khamenei wants to build bridges with the future, with the youth, those who are going to be the leaders of the future.”

The source said Khamenei had insisted that the letter be circulated via social media, but that there had also been negotiations with several international newspapers to publish it. In the end, according to the source, “Talks failed because the letter had been circulating on social media before it could be published.”

The letter, published in six languages, appears to emerge from an envelope brimming with flowers and with rose petals scattered about. Of added interest, it is headed by the hashtag #letter4u, giving it the appearance of being from an ordinary social media user.

Sheikh Najaf Ali Mirzai, a professor and a lecturer in Qum at the clerical university, told Al-Monitor, “Hatred between West and East has reached its peak. It is the same between Islam and Christianity, between the Muslim world and the West.”

“It’s not all about Islamophobia. We also have 'Westophobia.’ The letter was sent to present a logical solution, for a new approach and understanding,” Mirzai said. “It’s not an attempt to preach ideology, but an invitation to think, to rely on logic in building thoughts. That’s why he said he doesn’t assume his understanding is correct, but asks [readers] to understand the religion from its main sources.”

Khamenei’s letter might represent a new tack in relations with the West, but it can also be seen as a milestone in the Iranian approach inaugurated by the ascent of Hassan Rouhani, the first Iranian president since the 1979 revolution to talk to an American president, and the unfolding series of meetings around the world between Foreign Minister Mohammad Javad Zarif and US Secretary of State John Kerry. The letter is a clear indication that Iran is changing its thinking and wants to engage with those whom it considers to be middle of the road.

Mirzai believes this new direction might help in smoothing the path of dialogue and intellectual exchange between Muslims and the West. “Ayatollah Khamenei is initiating a dialogue with [members of] a younger generation from a different religion and who are on the opposite side. Some of them view Islam as an evil, therefore I believe this is a step forward that will help reform the religious rhetoric toward the West,” he said.

“Before this letter, we were used to a different rhetoric. The Islamic approach was incompetent, poor, which helped in inciting Islamophobia. The old, classical, Eastern approach is one of the reasons why Daesh [the Islamic State] has succeeded in attracting Europeans and recruiting them,” he said.

Of course, Khamenei’s letter caught the attention of the Western media, with outlets discussing and analyzing its content. Iranians and Westerners on social media expressed mixed feelings toward it, with members from both camps supporting the message while others did not. There were also acknowledgments of surprise and astonishment, both positive and negative, at the letter's direct tone. Some among the Westerners used the ayatollah's hashtag to highlight allegations of human rights violations against the Islamic republic.

It is important to remember that this step by the supreme leader of Iran will not be left to stand alone. A decision has been made in Tehran to combat Islamophobia, and presenting the Iranian version of Islam as moderate is part of this orchestrated effort. The true test of the experiment will be how the leadership deals with the part involving “Westophobia.”