The suspension of Al Jazeera’s Mubasher Misr TV station in the wake of Qatar’s rapprochement with the Egyptian government has cost the Muslim Brotherhood its main media arm in the country. 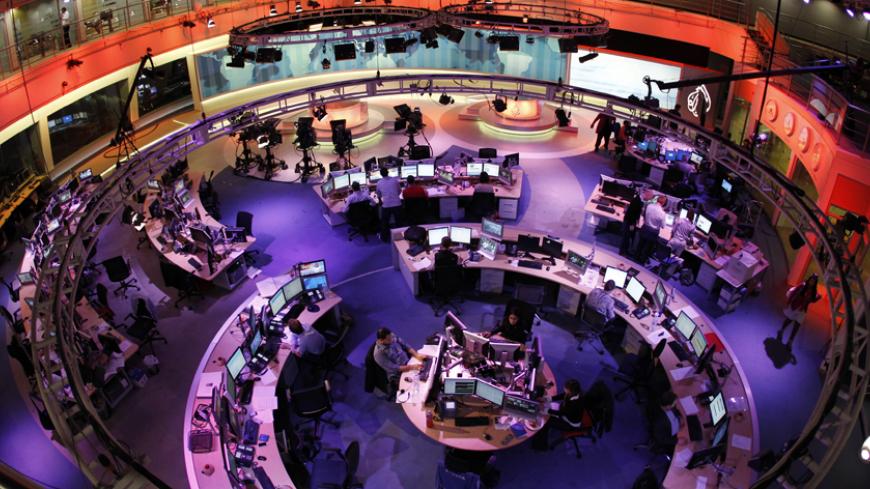 Al Jazeera has announced it will close its Mubasher Misr TV station in Egypt, following the Qatari-Egyptian rapprochement, in a setback for the Muslim Brotherhood.

On Dec. 20, President Abdel Fattah al-Sisi met with the special envoy of the emir of Qatar, Sheikh Mohammed Bin Abdul Rahman Al Thani, the special envoy of Saudi King Abdullah, Khaled bin Abdul Aziz Al-Tuwaijir and the president of the Saudi Royal Court, Khaled al-Tuwaijri, as an inauguration of the rapprochement between Egyptian-Qatari relations.

Following the meeting, Al Jazeera announced the suspension of its Egyptian station, Mubasher Misr, which was established following the overthrow of former Egyptian President Hosni Mubarak in 2011.

The suspension accompanied a shift in Al Jazeera’s coverage of Egypt immediately following the rapprochement. The station has changed its rhetoric in presenting Egyptian news and developments. Prior to the rapprochement, Al Jazeera referred to Sisi as the leader of the coup that ousted President Mohammed Morsi on July 3, 2013. The station now refers to Sisi as the Egyptian president in its news bulletins.

These steps come within the framework of Qatar’s efforts to ease the pressure from its Arab Gulf neighbors, especially after Saudi Arabia, the United Arab Emirates and Bahrain withdrew their ambassadors from Doha in March 2014, before the Gulf states reconciled with Qatar in December.

The suspension of Mubasher Misr, which started broadcasting from Qatar after its offices were raided by the Egyptian authorities on July 3, 2013, is seen as a media setback for the Muslim Brotherhood.

Fouad Saeed, a media expert at the National Center for Social Criminological Research, told Al-Monitor, “The suspension of Mubasher Misr is a severe blow to the Muslim Brotherhood. The group has lost the most-watched media platform in the Arab world, which would be difficult to compensate for, especially since other alternatives are poorly funded, hold mediocre professional standards and have low viewership compared to Mubasher Misr.”

Mohammed Shuman, the dean of the Faculty of Communication and Mass Media at the British University in Egypt, shared this view. He told Al-Monitor, “The suspension of Mubasher Misr is seen as a great loss that cannot be compensated for the Muslim Brotherhood. The station has been highly professional in covering Egypt’s news, but biased in favor of the Muslim Brotherhood, something a lot of the other stations broadcasting from Turkey, and that are affiliated with the group, lack.” Shuman said although the professionalism of these stations has declined, “They will be accepted by the group's members and sympathizers of its ideology, but they will lose the general public, which is the focus of political and media polarization.”

The Muslim Brotherhood has lost more than an important and popular media platform in the Arab world, as the suspension of Mubasher Misr is “seen as a decision with political implications,” Saeed said. “Shutting down the station is a political defeat for the Muslim Brotherhood at the hands of one of its regional allies and indicates a decline in its regional support. This could pave the way for a decline in Turkey’s support for the group, but nothing is certain so far.”

Shuman believes that the suspension “reflects the deep affiliation of the region’s media with political power. Mubasher Misr was shut down right after the reconciliation between Egypt and Qatar. This is not to mention that Al Jazeera changed its rhetoric when covering Egyptian news. Similarly, Egyptian media toned down its criticism against Qatar and its ruling family.”

Following the suspension of its most important media platform, the Muslim Brotherhood will continue to communicate with its sympathizers and supporters through its traditional method: cyberspace. There are many websites supporting the Muslim Brotherhood, and many of the group’s cadres and young members are contributing to the content.

Alaraby Al-Jadeed is among the most prominent websites affiliated with the Muslim Brotherhood, mentioned by Sisi during his meeting with the editors-in-chief and the leaders of the Supreme Press Council on Aug. 24, 2014. Sisi said that the website was among others that “emerged to spread chaos in the Arab nation, destabilize the Egyptian state and destroy the Egyptian people before achieving its goals and aspirations.” The website soon turned into a daily paper published from London and a satellite station under the name of Alaraby, which will broadcast from London.

Saeed said, “These electronic platforms are an important tool to preserve the group’s popularity, especially among the youth, who are used to referring to online analysis and information, and since the Muslim Brotherhood has always known how to use social media and websites to its advantage.”

For his part, Shuman said that the Muslim Brotherhood would also go back to using traditional strategies such as preaching in mosques to communicate with its supporters.

According to the statement announcing the closure of Mubasher Misr, “The station's offices in Doha will be closed until the preparation of suitable circumstances in Cairo — that is, after obtaining the necessary permits in coordination with Egyptian authorities."

Saeed wonders whether this step reflects a “fundamental change in Qatar’s stance on the Egyptian scene or whether it is a tactical move to ease the pressure from the Gulf states.”

In sum, the suspension of Mubasher Misr is seen as a severe blow to the Muslim Brotherhood at home and abroad, as the group has lost a significant media platform, though there are other platforms affiliated with it, such as Mekameleen TV, Egypt Today and El-Sharq TV.

Thus, the Brotherhood will have to resort to traditional strategies to communicate with its supporters and members. The Egyptian regime, on the other hand, now has the upper hand in any future confrontation with the group at home or abroad. 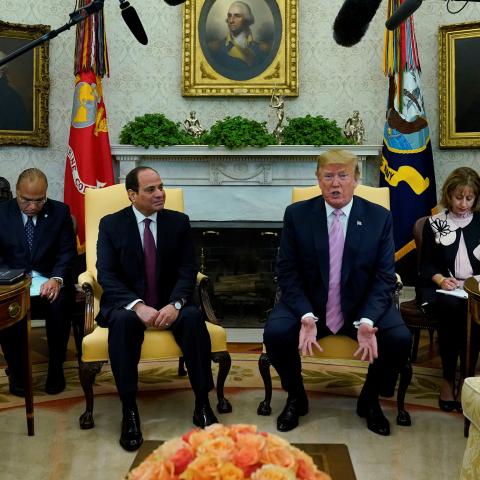 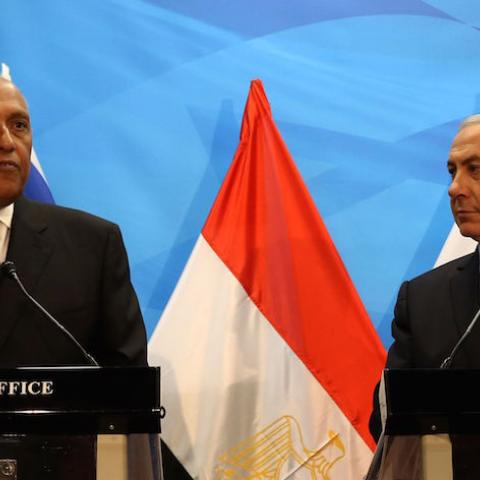