Egypt has accepted a Gulf initiative launched by Saudi Arabia to achieve reconciliation between Cairo and Doha, with the former stressing that Qatar stop supporting the Muslim Brotherhood. 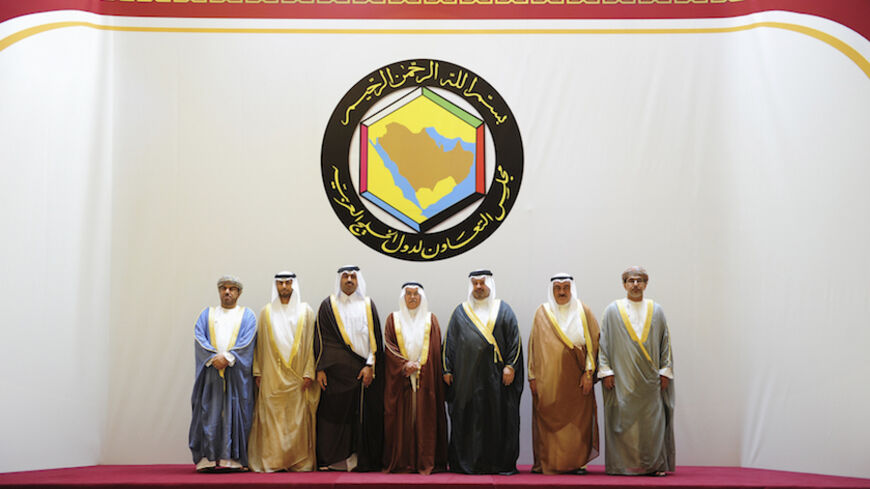 CAIRO — Egypt declared acceptance of a Gulf initiative, spearheaded by Saudi Arabia, for reconciliation with Qatar. However, certain signs indicate that the agreement has not gone past its formal appearance. A case in point of this is the new diplomatic crisis that has broken out between Qatar and Egypt as the Qatari ambassador to Cairo canceled his flight from Cairo airport after the Egyptian authorities insisted on searching him personally and asked him to take off his shoes.

Moreover, the Qatar-based Al Jazeera channel continues its standoffish policy against the Egyptian regime led by President Abdul Fattah al-Sisi, describing Sisi as a "putschist" or "usurper." This recently appeared in the channel's coverage of the Muslim Brotherhood’s protests on Nov. 28.

The states of the Gulf Cooperation Council (GCC) announced that the Gulf dispute with Qatar was over at the end of a special meeting held in Saudi Arabia on Nov. 16. The council decided to reinstate the ambassadors of Saudi Arabia, the United Arab Emirates (UAE) and Bahrain to Doha, after Qatar vowed not to meddle in the affairs of the member states and to cease media criticism through Qatari channels.

This prompted the custodian of the two holy mosques, King Abdullah bin Abdulaziz of Saudi Arabia, to issue a statement asserting that Riyadh’s reconciliation agreement among the GCC states and Qatar included Egypt.

In his statement, the Saudi monarch called upon the people of Egypt and its leaders to seek to make this step successful for the sake of Arab unity. He also urged media outlets to think about the interest of Arab people in reference to the exchange of insults between the Egyptian and Qatari media groups. Egyptian politicians and reporters asserted that Cairo’s approval of the reconciliation was bound by undeclared conditions. In their absence, the reconciliation won’t be effective. To begin with, the Qatari media should recognize the June 23 revolution and stop describing the Egyptian regime as "putschist." Moreover, Qatar should stop supporting the Muslim Brotherhood.

Hassan Nafaa, a professor of political science at Cairo University, told Al-Monitor that although Cairo welcomed the Saudi initiative for reconciliation with Qatar, it does not mean that reconciliation is effectively in place. It still hasn’t happened yet.

“It all depends on the fulfillment of several conditions that were not openly declared in the Egyptian president's statement. The ball is still in the court of the hidden diplomatic strings that are being pulled by Saudi Arabia and the UAE to pressure Qatar to redress its politics and normalize its relations with Egypt,” he said.

Nafaa noted that the Egyptian conditions include Qatar’s isolation of the Brotherhood and refusal to accommodate the group or support its advocates. However, the Egyptian presidency and people, above anything else, want the Al Jazeera channel to change its politics. Herein lies the biggest problem, as the channel is trying to appear independent rather than controlled by the Qatari state.

“It is very tough to open a new page between Egypt and Qatar, it is much harder than setting things straight between the Gulf States and Qatar. From the first moment the Saudi monarch chose to call on the Egyptian people and the media and political leadership to achieve the reconciliation. However, he did not hold a decisive diplomatic session to announce this reconciliation,” Nafaa said.

The undeclared conditions for Cairo’s acceptance of the reconciliation with Qatar were evident in Sisi’s reply to a question about the Saudi reconciliation initiative. During a news conference with the Italian prime minister in Rome, Sisi said, “The ball is not in Egypt’s court.”

This indirectly indicates that Cairo is waiting on Qatar to take steps toward achieving this reconciliation. Egyptian Foreign Minister Sameh Shoukry made similar media statements, reiterating that the normalization of relations with Qatar depends on the latter’s cooperation to fulfill this goal.

Former Assistant Minister of Foreign Affairs and Secretary-General of the Arab Investors Union Gamal Bayoumi told Al-Monitor, “Egypt is waiting on Qatar to change its media policies and stop supporting the escaped leaders of the Muslim Brotherhood to reach ultimate, unconditional and serious reconciliation. For the reconciliation to take effect, both countries should stop setting up conspiracies and offending each other.”

As for the importance of the return of Qatari investments to Egypt, he said, “This is important for both countries because the Qatari investor wouldn’t have come to Egypt if he hadn’t found profitable opportunities there.”

The achievement of the Qatari-Gulf reconciliation requires the full support of the GCC for Egypt, which is why the Qatari-Egyptian reconciliation has yet to be finalized. Meanwhile, Egypt insists on its conditions and on Qatar’s readiness to stop supporting the Brotherhood. Mandatory policies should also be imposed on Al Jazeera when discussing Egyptian affairs.

Egyptian national reconciliation is basically linked to the readiness of the Qatari regime to abandon the slogan it adopted for Al Jazeera channel, to allow it the freedom of opinion and expression without restrictions, and to impose on the channel to change its hostile policies toward the current Egyptian regime. Many found this to be difficult and to constitute a blow to the credibility of the channel. Yet, everything is possible in politics.