Turkey’s main opposition party has revealed a list of government workers who got public jobs through corrupt channels and created a website for citizens to report other cases. 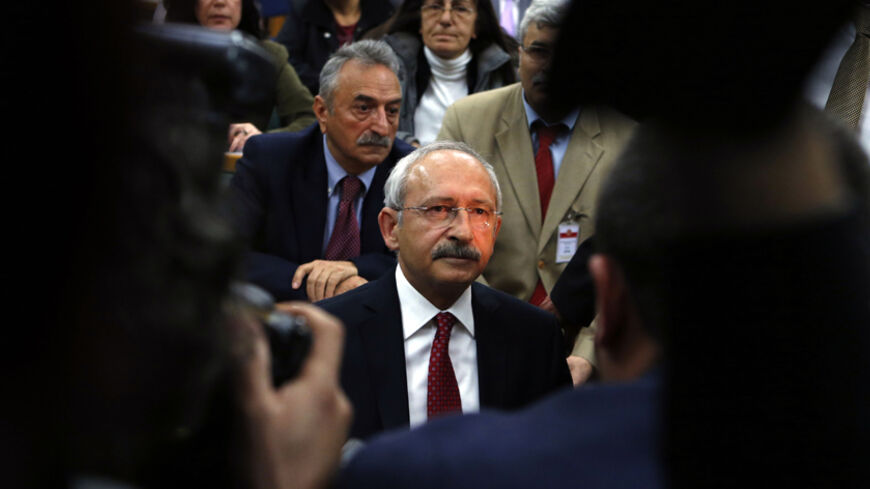 Turkey’s main opposition Republican People’s Party (CHP) has long been under fire for failing to mobilize a strong public reaction against the ruling Justice and Development Party (AKP) over the many corruption charges it faces. Last week, the party finally started to make progress.

The CHP got its hooks into the AKP with a dossier that revealed how nepotism has thrived under the AKP, exposing the names of relatives and friends of AKP members who bypassed the Public Personnel Selection Exam to get public jobs or climbed the public service ladder with lighting speed. On Dec. 7, CHP Deputy Chairman Haluk Koc revealed the first list of 85 names, sparking heated debates in parliament. A second list of 68 names followed on Dec. 14, coinciding with the government’s crackdown on Zaman and the Samanyolu TV station.

In response to government accusations that he colluded with the informants, Koc said, “Those tip-offs have come from your own former parliament members, bureaucrats, your party base and ordinary citizens.” Quoting a Turkish proverb, he added, “You’ve stolen the minaret, but it doesn’t fit into your cover.”

The CHP also created a tip-off site, which was soon flooded with tips.

In remarks to Al-Monitor, Koc said the CHP would examine and verify the accusations before making them public. “We received about 3,000 tip-offs in the first 24 hours after we launched the website. We’ll reveal them in new lists after we verify them through our own channels,” he said. “The two lists I revealed are just the tip of the iceberg. I listed only the first-degree relatives of well-known senior political figures. There are thousands more.”

Here are some examples of the appointments that bypassed the exam system:

Striking back at the accusations, Davutoglu alleged that back in the 1990s, when he headed the Social Security Institution, CHP leader Kemal Kilicdaroglu recruited 70 relatives, bypassing the exam system. Kilicdaroglu responded, “Let alone 70, if they prove I recruited seven relatives without an exam, I’ll quit politics. Or else they should quit politics. They’ve kept bringing up those claims since the 1990s. I’m fed up. They’ve been in power for 12 years now. If they can produce a single sentence by one of the five audition bodies that I was involved in corruption, again, I’ll quit.”

In response, Davutoglu made public two documents that he said showed the following: In 1997, 1,230 candidates passed the entry exam, but a total of 3,209 people were recruited after the agency’s administration, acting on Kilicdaroglu’s instructions, changed the scores of candidates from an earlier exam on the grounds that holding a new one was impossible because the central exam authority’s calendar was full.

Asked about Davutoglu’s documents, Koc told Al-Monitor, “We refuse to play the AKP’s game and follow their logic. … Kilicdaroglu was probed on the issue and no charges were brought. They can’t find a cover for the minaret they stole. They are helpless and trying to mount a counterstrike.”

Although Turks are largely habituated to cronyism, the CHP’s revelations, branded the “VIP lists,” generated stronger public reactions than did the recent corruption scandals. Koc believes this is because people are directly affected by this kind of nepotism.

He went on, “[The AKP] have a majoritarian mindset and are dismantling all control mechanisms to retain power. To perpetuate their rule, they are building cadres not on the bases of merit but with people who will obey them unquestioningly. Processes that bypass established procedures amount to staff favoritism in bureaucracy. While the ruling elites fill public cadres with relatives and friends through a sort of VIP mechanism, educated people who spend money on preparing for the exams are left out despite their high scores. Twenty people have committed suicide after failing to get jobs despite scoring well at the [exam].

"When the VIP list was exposed, people began saying they have been cheated of their rights. Corruption also means they are cheated of their rights, but the VIP list sparked an incredible level of indignation. There were reactions also from devout people who vote for the AKP. The people see that the government is unable to deny the accusations. [Officials] were forced to admit that ‘Not all accusations are wrong,’ which in fact translates to ‘Dammit, yes, we did it.’”