Turkey’s prime minister seeks a fresh “opening” with the Alevi community, but his gestures are far from meeting fundamental Alevi demands. 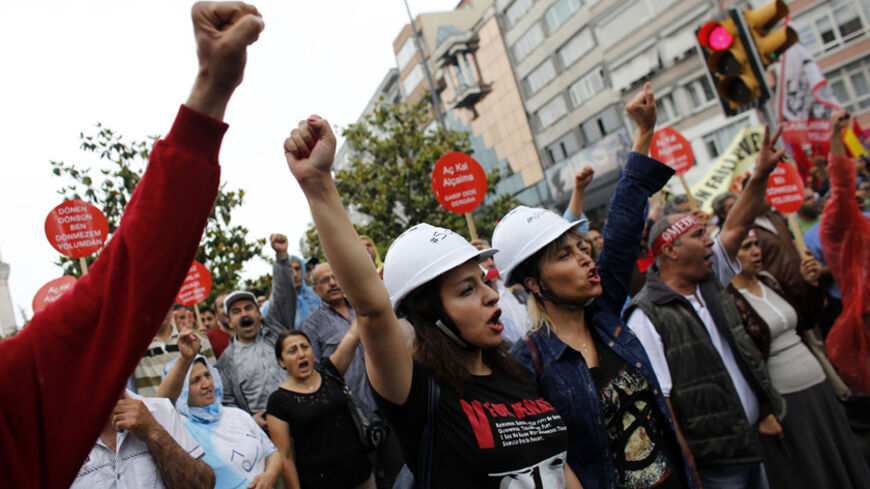 Alevi demonstrators shout anti-goverment slogans during a protest against violence in Okmeydani, a working-class district in the center of Istanbul, May 25, 2014. - REUTERS/Murad Sezer

With general elections looming next year, Turkey’s ruling Justice and Development Party (AKP) is bringing up the sins of the one-party era to corner the main opposition Republican People’s Party (CHP). Last week, Prime Minister Ahmet Davutoglu, who blames the 1937-38 Dersim massacres not on the state but directly on the CHP, was on a charm offensive to win over Alevi Kurds. During a visit to Tunceli, where the massacres took place, Davutoglu announced a number of gestures that sparked a debate if the initiative was really an “opening” or a deception? Here are the steps the prime minister announced and termed as “very important”:

Davutoglu’s speech in Tunceli attracted criticism, for the premier insisted on making his own definition of Alevism to an Alevi audience. Yet, he mentioned revered historical Alevi figures such as Baba Mansur, Sari Saltuk and Haji Bektash Veli, saying that Alevism cannot be imagined without them.

Ali Ekber Yurt, the head of an Alevi association on good terms with the government, said its members were pleased that a prime minister had for the first time visited a cemevi, the Alevi house of worship. He added they had given Davutoglu a list of 12 demands, which included the following:

The CHP, under Davutoglu’s constant attacks over the Dersim massacres, played down the prime minister’s trip to Tunceli as an election investment. CHP deputy chairman Veli Agbaba said, “The Alevis want an end to the sectarian and discriminative mentality that has permeated the whole state establishment. [President Recep Tayyip] Erdogan got Alevis booed in election rallies, killed Alevi youths [protesting] in the streets, called cemevis a 'monstrosity' and reached the peak in hate speech by describing the Alevis as 'Alevis without Ali' and declaring himself to be the true Alevi. As long as this mentality persists, it’s obvious that none of the Alevis’ problems will be resolved, that — unlike Davutoglu’s statements — the prejudices in the bureaucracy will persist and that no steps beyond election investments will be taken for the fundamental Alevi rights.”

The charm offensive in Tunceli was not the first time the AKP has courted the Alevis. The government previously organized workshops with Alevis as part of "an opening."

In remarks to Al-Monitor, Ali Topuz, a jurist and writer of Alevi background, offered the following overview on the issue: “[Erdogan] spoke a lot on the Alevi problem but he didn’t own up the 'opening.' In fact, there was never an opening, except for [Alevi writer] Reha Camuroglu’s election to parliament [on the AKP ticket]. Erdogan’s comments on the Alevi issue served nothing but to break Alevi hearts and hopes. The president sees Alevism as a version of Sunni Hanafi Islam and believes that the only opening needed here is to invite Alevis to the mosque.

“The current prime minister’s rhetoric is subtler, gentler and more complex. But it’s no different in its essence, and there is no sign of any step that would amount to an 'opening.' Just like Erdogan, Davutoglu likes to talk about the history, doctrines and peculiarities of Alevism and to tell Alevis how they should behave. The only difference is that the president used to summarize the issue in a few sentences and spoke angrily as he does on every topic. The prime minister, on the other hand, is using the skills he acquired as a lecturer in academia. We saw this in Dersim [Tunceli], too. He spoke at length about Alevi history and ultimately tied it all to Ahmed Yasawi. Yet, the Sunni narrative on the issue of origins and Ahmed Yasawi and the Alevi narrative on origins and Ahmed Yasawi are fundamentally different. Moreover, the Ahmed Yasawi story — apart from being the invention of nationalist history writing — fails to explain the link between Alevism and the Kurds, that is, the issue of the Alevi Kurds.”

In further comments on essential Alevi demands, Topuz said, “The Alevis demand that the [compulsory] religion courses in schools be lifted or that their children be exempt. This demand is being rejected. Then, Alevis demand recognition for the cemevi as a house of worship, which is rejected as well. Alevis want an end to discrimination in public service recruitment and public business dealings. This demand is said to be accepted, but Alevis have no reason to be optimistic in an environment where even Sunnis who refuse to bow down to the government struggle to get public jobs and benefit from public resources. Then, Alevi criticism of the RAF is countered with the RAF’s publication of Alevi books and saying supposedly nice things about Alevis. The demand that RAF should be closed or stop being financed with everyone’s taxes falls on deaf ears.

“In sum, the Alevis demand equal civil rights in line with the constitution, but the government links this equality to Sunnism. The pledge to put dedes [Alevi religious leaders] on a salary seems to be the most tangible promise in the latest 'opening.' Yet, this makes everybody anxious because if the government is willing to pay salaries to the clerics of a faith whose houses of worship it deems unacceptable, the salaries will go only to those who toe the government line. Why does the state pay clerics? So that they teach the religion the state wants. That’s the whole point.”

The main problem, underscored by many intellectuals in Turkey, is that the government defines Alevism from its own Sunni vision without the consent of Alevis, and proposes solutions accordingly. This approach not only fails to resolve the problems but alienates the Alevis. 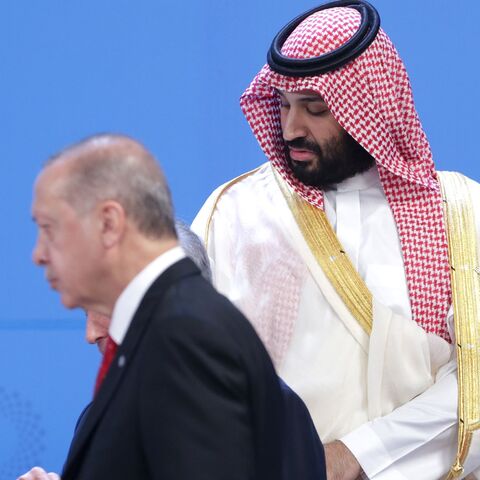