One should listen to Etyen Mahcupyan, now top adviser to Ahmet Davutoglu, to see both a sophisticated defense of the AKP but also to see where exactly it goes wrong. 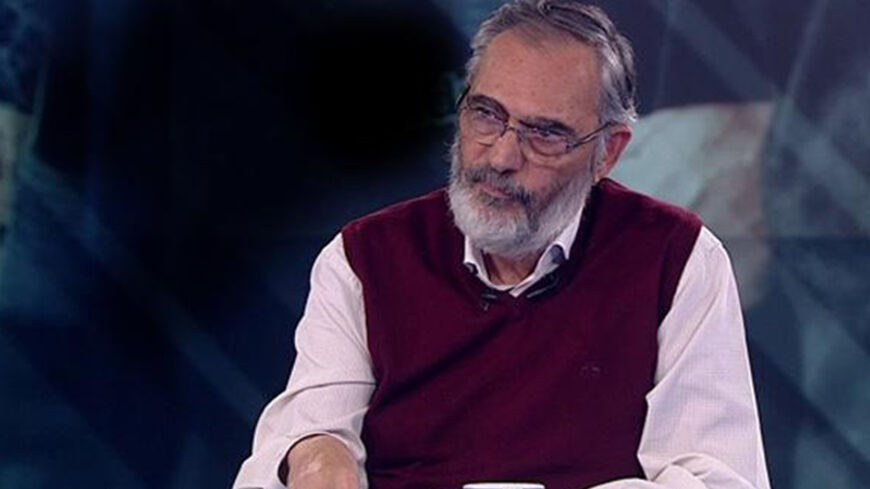 This was widely seen as a wise decision, because Mahcupyan, with his newspaper column and regular TV appearances, has been one of the most sophisticated defenders of the Justice and Development (AKP) government in the midst of many crude attempts. The inclusion of an Armenian voice in the top echelons of the Turkish government was also seen as a prudent decision on the eve of the centennial of the ethnic cleansing of Armenians from Anatolia in 1915.

Etyen Mahcupyan is one of the renowned “secular liberals” who supported the AKP government against the secular Kemalist establishment in the first decade of this century. (He always refused the term “liberal,” though, and declared himself a “democrat.”) Many of those liberals gradually became disappointed with what they saw as the AKP’s authoritarian turn, and increasingly turned into critics, if not outright opponents, in the last few years. However, Mahcupyan kept his support for the AKP solid. During the confrontation between the AKP and the Gulen movement, which was the definitive matter throughout 2014, Mahcupyan solidly supported the AKP, despite the fact that he was then a columnist for Zaman, the flagship paper of the Gulen movement. No wonder he resigned from Zaman in June and moved on to Aksam, one of the several pro-AKP newspapers.

However, the very sophistication of Mahcupyan soon proved a bit too much for some AKP folks. Mahcupyan appeared on a TV show on CNNTurk Nov. 25, and answered some tough questions about the government. When asked about corruption, he replied: “Corruption is not totally baloney.”

He added: “But when [pro-AKP] people put this [corruption] on one side of the scale and what happened on Dec. 17-25 [corruption investigations] on the other side, the latter proved more dangerous and corruption became mundane. They [pro-AKP people] did not want to risk a coup for the sake of going after corruption. Quite the contrary, they accepted living with corruption for a while to avert the coup threat. There were two evils and they had to choose the lesser one. They made a rational choice, and it was clear that they would make this choice. Turkey is going through a very serious transformation. It is not willing to risk what it has gained in the past decade with one stroke.”

To some, this sounded like a realistic defense of the AKP position. However, to some AKP members, it sounded too realistic. Two deputies from Ankara, Zelkif Kazdal and Fatih Sahin, wrote angry tweets against Mahcupyan. “No one has the right to cast any suspicions on the AKP and AKP governments,” Kazdal said. Another AKP deputy, Mehmet Metiner, who is also a frequent media face for the party, also warned Mahcupyan, asking, “What logic does he serve?” Everybody, Metiner, argued, had to “talk according to the requirements of their office.” In return, Mahcupyan wrote a note to Metiner in his column in Aksam, implying that he will not “distort facts to comply with the official position.” Metiner responded with fury, telling Mahcupyan to be “wise.”

In all this tit for tat, Mahcupyan deserves respect for not “distorting facts,” and openly acknowledging that Turkey’s ruling party has a big problem with corruption. If he keeps on being this frank, he will probably get more reaction from the more propagandist voices of the AKP, but also perhaps make a contribution to Turkey’s shamelessly Machiavellian political culture.

However, I believe that Mahcupyan is also contributing to the same Machiavellian culture on a different level: By arguing that “law” is not a value that transcends politics, and thus easily disregarding law for the sake of supporting the “correct” political project.

This led Mahcupyan to two gross mistakes over the years. The first was his rigorous support for the “coup cases” against the military and its secularist allies between 2008 and 2012. The so-called Ergenekon, or “Sledgehammer,” cases put hundreds of officers along with dozens of academics and journalists in jail. More objective observers warned that these cases were turning into “witch hunts,” but some Turkish “democrats,” including Mahcupyan, insisted that they were all justified, and had to go on "until the end."

Their fundamental error was to care more about the political results of these "coup cases" rather than their legal contents. (“These cases are needed to save Turkey from military rule,” they kept telling us, disregarding the fact that some of the “evidence” looked too overblown.) Their belief in a political project (called “democratization”) made them disregard the universal criteria of law, such as the presumption of innocence and the benefit of the doubt.

Then, in the second round of the same drama, came the corruption investigations of Dec. 17-25, 2013. For figures such as Mahcupyan, again, the key matter was not the legal content of the cases, but their probable political results. The investigations could have led to the resignation of some AKP executives and led to a decline in the party’s votes. This, they said, amounts to a “coup,” and thus they supported the blocking of the cases by the government.

In fact, Mahcupyan is aware of the meaning of his stances on these matters, and that is probably why he wrote several articles arguing that there is no such thing as “universal law.” “Law does not have the supra-political or nonpolitical role that is ascribed to it,” he claimed in one his recent pieces, targeting one of the assumptions of “liberal democracy.” He also reminded that societies “turn their faces from law to politics in eras of critical transformation.” Elsewhere, he defined Turkey’s current “critical transformation” as a “people’s revolution.” The underlying lesson was that we had to put politics above law, especially in such glorious moments.

No one can say such arguments by Mahcupyan are dishonest or shallow. But I find them erroneous and dangerous, because they help justify the hegemony of politics over values that I indeed consider as “supra-political” such as human rights, rules of justice and freedom. History teaches us that "revolutions" that disregard these values "temporarily," supposedly for the sake of a better future, end up rather creating a "permanent revolution." In the meantime, the "revolutionary" political power, unrestrained by any higher law, ends up creating a Leviathan that recognizes no rights other than its own.