Support for the Gulenists is in a downward spiral following the Justice and Development Party's (AKP) victory in the March 30 local elections. 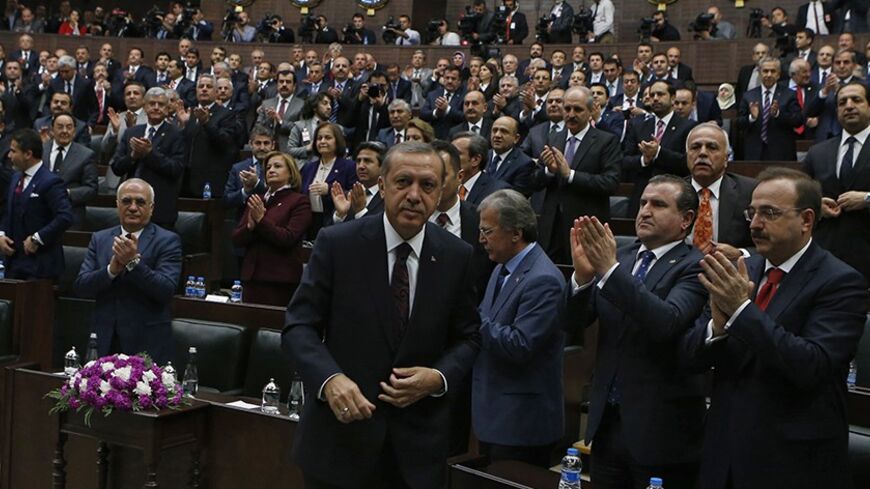 I had written in an earlier Al-Monitor article that the Erdogan government would be successful in the elections and the Gulenists would be the losers. Some analysts did not want to see this reality and failed miserably. But for analysts who understand Turkish society, the results are not surprising.

According to Gulenists and some other analysts who also write in these columns, the Dec. 17 graft probe and the tape-recording leaks that followed were enough to topple any political authority. The opposition really believed that it was going to be easy, because according to them the Justice and Development Party (AKP) had committed illegitimate actions that disregarded the law. They were further emboldened by believing that Gulenists had more ammunition in reserve against the AKP and, anyway, AKP’s prestige in the Western world was rapidly eroding. Many writers were confident that the United States was unhappy with the AKP government, therefore a redesign of Turkish politics was inevitable and that meant a Turkey without Prime Minister Recep Tayyip Erdogan.

Erdogan confronted these challenges with a war strategy and won. In that process, the difference between the judiciary and the law emerged. The judiciary was questioned how effectively it represented legality and whether the investigations they began were truly in the name of legality. The attitudes of prosecutors, statements by senior judiciary officials that carried political connotations, the way investigation files were merged and opinions formed on that basis were all traced to Fethullah Gulen. No wonder many of us think that this judiciary was guided more by politics and not legality.

Second, there was a void between legality and democracy. Indeed, in the history of Turkish democracy there was a weakness, because we were living with a legal system and structure that almost never emphasized democracy. But the situation that developed actually benefited the AKP. The debate was the comparison between the judiciary and democracy. Legality was omitted from this debate. By pointing to the judiciary as serving a certain political wing, the AKP ended up with the opportunity of portraying itself as the defender of democracy.

The opposition made a grave mistake by not reading this development accurately. The more the government did not suffer, the more tape recordings and evidence that they thought would hurt the government were marketed. But it all backfired. That all these accusations were amassed but kept in storage for the right time to reveal them was already proof that what was transpiring was not a matter of legality but a political struggle. Every additional accusation related to corruption was seen as yet another proof of existence of a plot against the state. This is why the conservative segment of the population was convinced that what was happening was not a struggle for legality but a struggle for democracy between the opposition and the AKP. In this tension. the government was on the side of democracy and, as expected, won the elections.

But all these are elements of conjunctural tension. The real reason for AKP’s success is the background of this struggle and AKP’s mastery of the social dynamics. By voting for the AKP, people actually determined their own future. This population that got rid of the military tutelage following 80 years of authoritarian republican regime saw Dec. 17 as a threat against themselves and their future.

Turkey is witnessing a popular movement that is restructuring the country in line with their value systems and social networks. It is not surprising that the secularist wing and the main opposition Republican People's Party (CHP) did not fully comprehend this evolution. They have never understood the conservative segment. As for those coming from the conservative base but also not detecting the true dynamics, it is best to explain it as their shortsightedness or their illusions of taking over power. This was what Gulenists did.

In these elections, a different question was asked of the people. It was not about corruption but about coup and about future and democracy. That there is corruption does not mean that the regime cannot be democratic. But an opposition that facilitates a coup attempt through bureaucratic mechanisms can eradicate democracy.

Will there appear a political party that will overwhelm the AKP in the next 10 years? For that, you would need a more progressive, reformist and democratic party. There is no such party in Turkey at the moment. Even writer Etyen Mahcupyan of the Gulenist daily Zaman admits that there is at least 10 more years of AKP rule.

In the past 12 years, the Islamic segment built a network that aimed at keeping themselves in power. If you do not share such power, there is always potential for strife. As we noted, the tape-recording leaks date back to 2009. That meant that the Gulenists began to store ammuniton to topple the AKP as of 2009.

The reputable intellectual Mahcupyan who writes for a Gulenist newspaper but never concedes from his objectivity says, “Even if we knew of Cemaat’s [Gulen Movement] listening in, it didn’t bother us all that much because we didn’t see it. But now we are disturbed because we see them. It is more than just saying, 'I am listening to you.' Their message is now, 'I have the courage to say that I am listening in. Can you?' It was appropriate of [Foreign Minister Ahmet] Davutoglu to say, 'This is declaration of war.' This of course bothers us because it is clear that they want to drag Turkey into certain areas of the Middle East, to create instability and sabotage the solution process.”

The political struggle has come to such a point that the way Gulenist media owned up those illegal tape recordings made it possible to charge the Gulenists with everything new that appeared. This is serious damage to Cemaat. Although the current situation may appear to be against the government, it is also against Cemaat, even if it is concocted by someone within it.

As Mahcupyan says: In the struggle between politics and nonpolitical forces, politics will not be much affected as proven by the March 30 results. Faith movements inevitably have to be based on ethics. Once they lose that direction, restoring it will not be easy. Gulenists went through this and lost.

That is why in two years time, when Turkish politics is discussed, the Gulen factor will not even be mentioned.

Just as the military factor is not even mentioned today when discussing Turkish politics.