Residents in the rebel-held part of Aleppo are planting vegetables and raising animals in preparation for the impending regime siege. 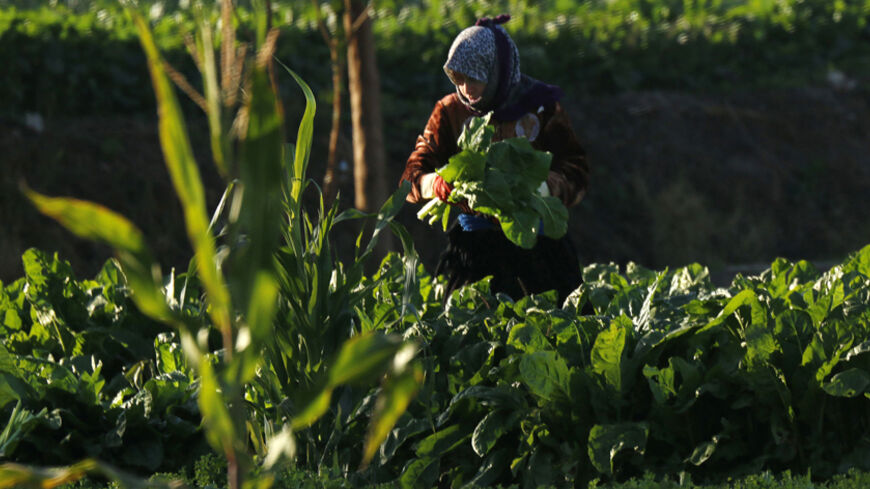 ALEPPO, Syria — Suleiman, 26, turned his abandoned, isolated house with cracked walls and broken windows into a lively animal farm accommodating rabbits, ducks, chickens and pigeons. Each animal group has its own room and place, but they all share food and water on the patio.

“This house has been abandoned for six months. I wanted to breathe some life into it to have fun during my free time. Most importantly, these animals will help if we were under siege. We learned our lesson from the inhabitants of Ghouta in Damascus,” he told Al-Monitor.

The remaining citizens of Aleppo’s rebel-held neighborhoods are facing high living costs and are suffering under regime air raids. But their hopes are still hanging on the battles raging in the north, specifically in Bureij and Handarat villages. With the slow and progressive advancement of the Syrian army in these villages, the concerns of the inhabitants are growing by the day, as they fear falling under the frightful siege. 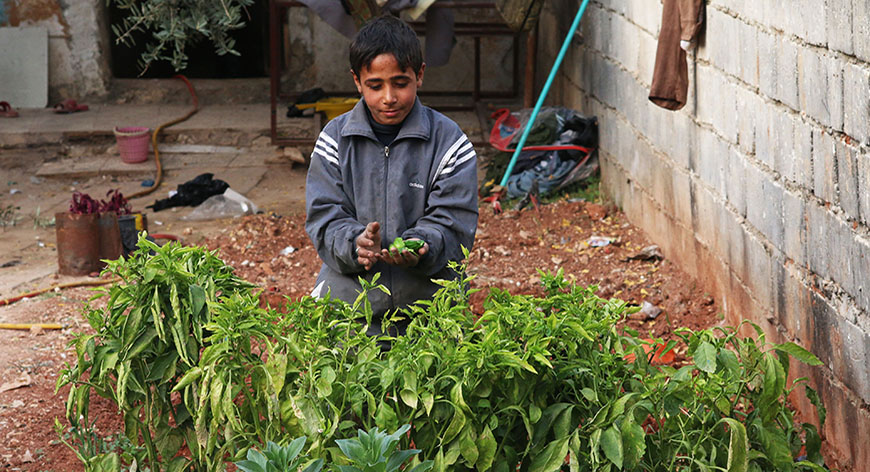 Suleiman and his friend take turns to look after the new “residents.” While he was feeding one of the rabbits, Suleiman explained how the idea was conceived. “My friend and I were wondering what we could possibly do if Aleppo was besieged. We got the idea of building large farms that cater to the people’s animal-product needs. But, nobody adopted the project, so we reduced its scale, and I found that my deserted house would be the perfect place for it.”

“In cooperation with the neighborhood councils, we are seeking to spread this idea all over the city. Whether we want to prepare ourselves for the siege or we are doing this as a hobby or trade, it is still great,” he added.

It seems that Suleiman’s idea has started to become popular in the city, especially in its eastern neighborhoods. In Al-Maysar neighborhood, an elderly man, who wished to remain anonymous, was caring for over 25 chickens, some ducks and geese. The fallen ceiling of one of the destroyed buildings has become a shelter from the rain for these animals.

The man, surrounded by a bunch of children, said this was spreading joy in the neighborhood, especially in the hearts of orphans.

“Perhaps this might encourage people to consider coming back,” he said.

Al-Maysar neighborhood’s story is the same as all other eastern Aleppo neighborhoods, from which more than 80% of its citizens were displaced due to the military campaign of the regime on the city and the barrel bombing, which started around a year ago.

Aleppo was the most populated city in the country before the outbreak of war, counting around 2.3 million people. A worker at the relief office in the local council affiliated with the opposition told Al-Monitor in October that only about 300,000 people live in the part of the city that is under the rebels’ control today.

Those who were considering a temporary evacuation from the city opted for leaving it for good last year. Those who stayed remain attached to this land. Their resolve to take pre-emptive measures to prepare for the possible blockade proves that.

The preparations for the blockade are not limited to adults. Ahmad, 13, started planting vegetables around his house in Masaken Hanano neighborhood. The garden by the damaged building where he lives is filled with vegetables, after its trees were cut to use their wood for heating.

“I plant vegetables so that we can have food to face hunger. My family is poor, and my father is crippled, as he was wounded in the shelling,” Ahmad said.

In his modest garden, Ahmad planted mint leaves, potatoes and fava beans. While he was picking green peppers, he told Al-Monitor, “This garden will get us through the tough times, but I do not know if it will be enough in case we find ourselves under siege.”

When asked if he ever thinks about leaving Aleppo, he answered, “I can’t leave. I don’t have another option. The camps are no longer taking in new families. Even if I work in Turkey, I won’t be able to bear the high living expenses there.”

Pointing at his house, he said, “There is no place that can preserve my dignity better than this one.”