A recent budget report shows challenges ahead for the Saudi economy in 2015. 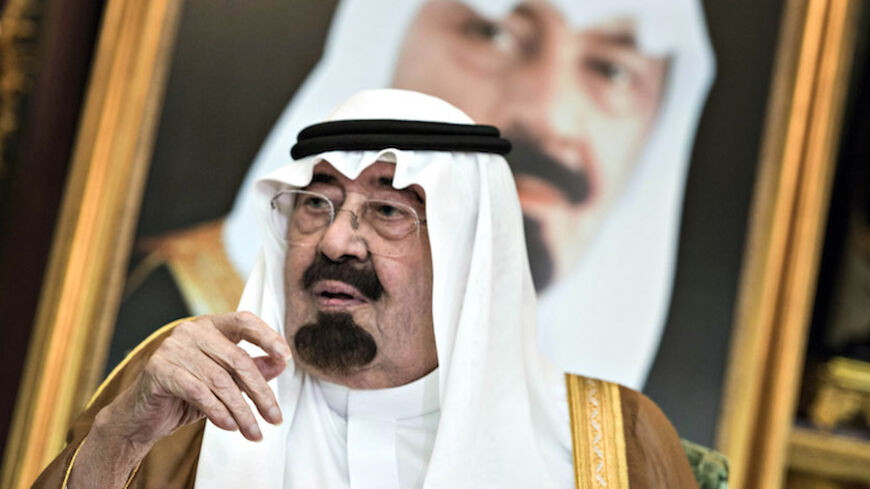 Saudi King Abdullah bin Abdulaziz sits before a meeting with US Secretary of State John Kerry at the Royal Palace in Jeddah, Sept. 11, 2014. - REUTERS/Brendan Smialowski/Pool

The Saudi budget announced late this December keeps domestic and foreign spending high even as oil revenues plummet, a reflection of the royal family's concern about internal unrest four years after the Arab Spring. Hard choices are deferred for now.

The Saudi budget projects spending for next year at $229 billion and revenues at $190 billion, according to the Saudi Gazette. The estimated deficit will be $38.6 billion. Spending actually will rise slightly over last year while revenue has fallen due to lower oil prices. The deficit will be the largest in the kingdom's history.

Finance Minister Ibrahim Al Assaf has said the deficit will be funded by drawing down the kingdom's reserves, estimated at $750 billion or more. King Abdullah bin Abdulaziz has already authorized drawing on reserves to keep spending high. The king has also promised to keep pumping around 9.6 million barrels per day.

During previous periods of falling oil prices the kingdom has cut spending. In 1998, for example, Abdullah said Saudis had to change their lifestyle to recognize that "the time of abundance is over." In 2009, the Saudis cut back on government jobs and public projects. In the worst crisis in the 1980s per capita income fell by roughly 50%.

But since the start of the Arab Spring in 2011, the Saudi royal family has dramatically increased spending on the kingdom's welfare state to support the unemployed, the middle class and provide affordable housing. Salaries for the 2 million employees of the government, directly or indirectly, have increased. Funding for education and health care has gone up. The king has sought to buy off any dissent. Even in the Shiite Eastern Province spending on public programs has gone up.

Abdullah's decision to keep spending at all-time highs reflects the House of Saud's conviction that the greatest danger to its survival is at home from disaffected citizens. The Saudis are much more worried about internal unrest than most outside observers — of course the royals know more about internal stresses than most outsiders. With the king and Crown Prince Salman in poor health, this is not the time for social disorder or risky experiments in political reform. Not opening the door for women to drive is one reflection of the conservative mind-set.

Since 2011, Saudi expenditures abroad have gone up as well. The kingdom is keeping friendly fellow monarchs in Bahrain and Jordan in power with hefty subsidies. The military regime in Egypt is a very expensive ally. Pakistan is another major recipient of Saudi largesse. Yemen is the most immediate crisis. With the Houthi takeover of Sanaa, the kingdom faces a longstanding enemy now dominant on its southwest border. While the kingdom has cut aid to the Zaydi-controlled government, it must increase spending to Sunnis who will resist the Houthis. It may have to fight another border war with the Houthi enemy. One senior Saudi official told me privately that the kingdom spent $30 billion in 2014 propping up its friends — not counting the costs of the wars in Syria and Iraq where Riyadh funds friendly Sunni groups.

Given the size of its reserves the kingdom can run a large deficit much better than its rival Iran. Riyadh has the luxury of waiting for oil prices to revive. For now the priority is keeping the domestic situation quiet and keeping other autocrats in power abroad.