A confidential diplomatic source has revealed to Al-Monitor that the recent Israeli strikes in Syria targeted weapons originating from Moscow and destined for Lebanon. 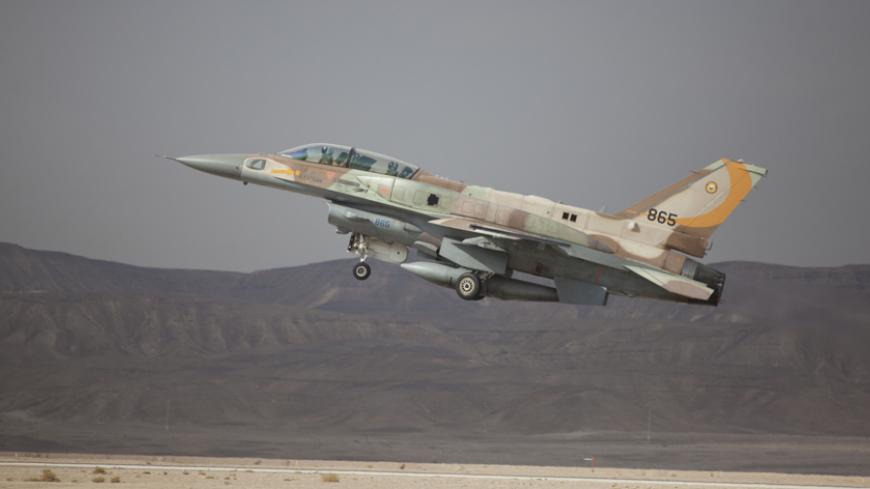 On condition of anonymity, a well-informed diplomatic source in Beirut has revealed to Al-Monitor details about the Dec. 7 Israeli strike on Syrian sites. The source confirmed that the Israeli Air Force did indeed carry out a dual attack on Syrian territory. Its planes bombed two sites, both of great strategic significance.

The diplomatic source said that the first strike targeted logistical facilities near a small airport in Dimas, just west of Damascus, near the road linking the Syrian and Lebanese capitals, while the second targeted Damascus International Airport.

In Dimas, the Israeli strike hit some containers inside one of the warehouses at the airport, which is a small training facility not for commercial or military use. The source revealed that the targeted containers were part of a large number of similar containers kept in a number of warehouses, and that the strike hit a specific warehouse to destroy specific ones.

The target containers had reached the training airport no more than two or three days prior to the operation. The diplomatic source saidd that the intelligence upon which the Israelis based their strike was "very accurate," including the target's time of arrival and precise location. According to the information available to him, the containers had been filled with two types of weapons made not in Iran, but probably Russia, and were to be transferred to Lebanon.

If this information was true, the diplomat said that these weapons might be part of the ongoing negotiations between Moscow and Hezbollah to persuade the latter to contribute to Russian efforts to find a solution to the Syrian crisis. These weapons, set to be transferred from Moscow to Hezbollah, would provide evidence of Russia's support of Hezbollah in exchange for Hezbollah’s support for Moscow's work to impose its vision in Syria.

The diplomat said these tanks were used by the Syrian air force to transfer fuel from Damascus to remote areas of Syria via small military airports. This situation, he said, is the result of the homeland-defense strategy established by late Syrian President Hafez al-Assad after he came to power in Damascus in 1970 and feared a military coup using Syrian aircraft. Combined with the military cooperation between Damascus and Moscow and the transfer of advanced Russian military technology to Syria fears, are growing of it being stolen or transferred to rival parties.

Assad strategically placed numerous small military airports across Syria so that all military planes taking off from them were provided with only enough fuel to carry out their missions. This practice prevented pilots from using the planes to escape from Syria or even divert toward Damascus to participate in anti-regime military actions.

The Deir ez-Zor airport is being hit by frequent attacks by the Islamic State group (IS). It should be noted that the fall of the Deir ez-Zor airport may gradually give IS control of large areas of Deir ez-Zor province, defended by the Syrian army. According to the diplomat, Israel is essentially helping the IS fighters, intentionally or not, similarly to what is happening on the southern Syrian front, between the Golan Heights and Quneitra. By bombing the regime’s sites in Quneitra, Israel has been accused of paving the way for insurgents under the pretext of responding to fire from the Syrian army.