The 2013 Israeli government promised reforms in education, transport, housing prices and cost of living, but the early elections set for March 17 have cut short the formulation of these reforms, disappointing large parts of the public. 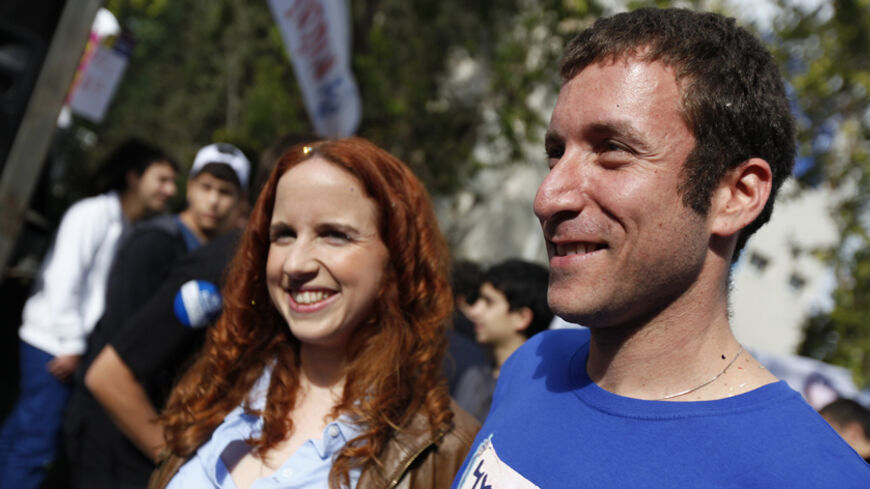 When the public heard the surprising news Dec. 2 about the disbanding of the third Netanyahu government less than two years after its inception in March 2013, Uria Levy, a 28-year-old resident of Tel Aviv, decided to express his own little protest. He filmed himself for a short clip in which he looks straight into the camera and says: “I, Uria Levy, pledge not to vote in the 2015 elections.” This sentence succinctly expresses the sense of growing despair regarding Israel’s political leadership, as reflected in the town square of the social media.

The Facebook page of Yair Lapid, the finance minister dismissed by Prime Minister Benjamin Netanyahu, tells the same story. Less than two years ago, it was filled with hope and the promise of a new kind of politics; this week it was filled with the sounds of his supporters’ despair, as though he had suddenly grown old by the unfulfilled promise in less than half a term in office.

While the 2013 elections signaled a tendency toward growing political involvement by young people, a fact expressed by a slight increase in voter participation — from 64.7% in 2009 to 67.7%, voter participation this time is expected to be low. Opinion surveys indicate that the public does not understand why the government was disbanded and blames Netanyahu and Lapid.

There was a reason for the handsome voter participation figure of 2013 after years of steady decline: the social protest that burst forth in the summer of 2011, bringing hundreds of thousands of Israelis out into the streets to demand a more just and fair economy, gave back to the public a sense that it has the power to affect change. The massive protests changed the public discourse. They raised to the top of the national agenda peoples’ desire for a dignified life even in a state challenged by defense issues, and deeply affected the elections and their results.

The 19 seats garnered by Lapid reflected a resounding expression of this desire for change. It was also a protest vote against the veteran defense-centered rhetoric of Netanyahu and Foreign Minister Avigdor Liberman, who ended up with a disappointing total of 31 seats for their joint ticket.

Had there been an alternative to Netanyahu’s leadership in those elections, he would have most likely lost his seat. Then came the alliance between the two new politicians, Lapid and Economy and Trade Minister Naftali Bennett, which broke all the old political codes: the radical right teaming up with the center-left for the declared aim of changing the state’s priorities in the spirit of the social protest. At that stage, Lapid was still being forgiven by his electorate for this unnatural alliance, which ignored the wide-open chasm over diplomatic issues between himself and the chairman of the HaBayit HaYehudi Party that had become the home of the settlers. The public had voted for Lapid because they saw in him its lobbyist in government.

That’s why the attempt to turn these elections into a battle for the overthrow of Netanyahu is misleading. This attempt in misleading because all those who took part in this government share the blame for its considerable failure. The 33rd government was sworn in on March 18, 2013, with high hopes for reforms in almost every sphere: reducing the price of real estate, easing the high cost of living, fighting against poverty and in favor of social justice. Those were days when virtually every minister walked around with pretensions of far-reaching reforms in the spirit of the protest. Transportation Minister Yisrael Katz planned to privatize the country’s sea ports, Education Minister Shai Piron announced a new education reform almost every week, Health Minister Yael German tried to rehabilitate the public health system, Communications Minister Gilad Erdan announced the closure and reopening of the Public Broadcasting Authority and Finance Minister Lapid pushed for reduced taxation on first-time homebuyers. A real paradise.

The opposition also exhibited signs of life with new Knesset members like Stav Shaffir and Itzik Shmuli from the Labor Party, who were among the young leaders of the social protest and were elected thanks to that same spirit of change. This was undoubtedly the most social-minded Knesset ever to serve in Israel in terms of legislation initiatives to curb spiraling rent prices, supervise the price of food and fight against centralization. But as time went by, cracks appeared in these hopes. The Milky protest (against the high cost of living) signaled that the public understood that its tremendous hopes for change were not about to be realized.

In an angry speech on Dec. 3, Lapid lashed out at the prime minister over and over for being “out of touch” — a negative, on the mark election slogan. Except that it applies to almost everyone who sat around the Cabinet table, including Lapid himself. His heart was perhaps in the right place, but he shut his eyes to the naked truth: In this coalition, he would not have been able to carry out the tasks for which he was sent to the Knesset. Perhaps, if he had handed back the keys earlier, the public would have been more forgiving toward him. But Lapid, like Justice Minister Tzipi Livni and her folded diplomatic banner, gave life to one of the most disappointing governments ever to rule Israel.

True, the sense of disappointment in the country’s political leadership is apparently part of the definition of being an Israeli, but this time it is unusual in its intensity. It expresses the dream and the rude awakening. It expresses the transgression from the great hope that something good was about to happen to the equally great despair when it turned out that nothing was actually going to change.

“I have been talking to my friends since Monday, and our feeling is that there’s no future,” Bat-El Glazer, 25, from the city of Haifa, told Al-Monitor. Glazer voted for Lapid in the last elections like many of her friends because she felt that unlike the rest of the politicians, he understood her and would fight for her and her generation.

As of now, she does not intend to trouble herself to go to the ballot box again. “My friends and I don’t care who broke up the government. Until now I didn’t understand what happened there. As far as we’re concerned, everyone is to blame, and that’s sad. We were happy to go and vote last time and we were ecstatic over the results, and before we even had time to understand what it was all about, we’re facing new elections again. There’s a whole generation here that is going to waste. So we tell ourselves: If Yair Lapid with 19 Knesset seats couldn't beat the system, who can? There’s a feeling that things will never be good here. I remember riding the train from Tel Aviv to Haifa especially to vote, in order not to miss out on the right to bring about change. It was really important to me. Maybe if lots of people don’t go to vote this time, the shock will turn things around.”