Village by village, Iraq pushes back against Islamic State

After the Islamic State took control of 45% of the country, Iraq's army, police and volunteer forces have been fighting hard to retake areas alongside their international allies. Many have died in the fighting, which was inching forward one small village at time. 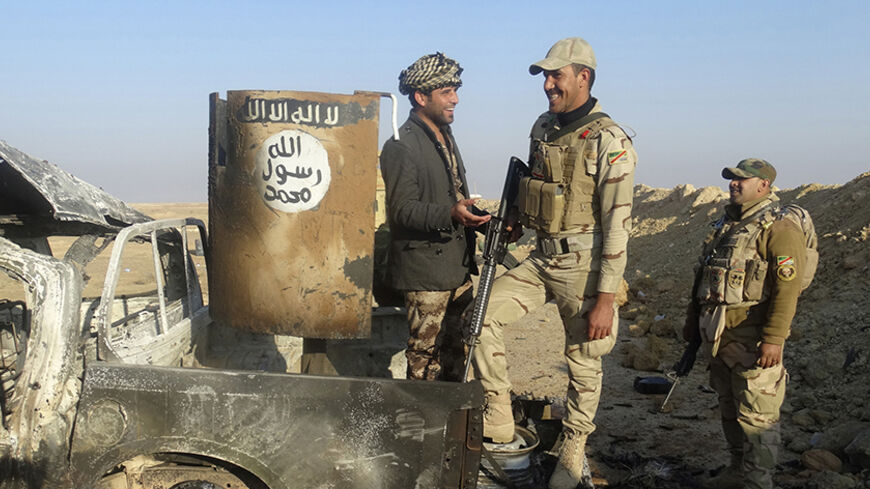 Iraqi security forces stand on a destroyed vehicle belonging to the Islamic State militants on the outskirt of Ramadi, Dec. 21, 2014. - REUTERS

BALAD, Iraq — Everywhere, Iraq is a war front; it’s only a matter of choice, a geographical menu. In Baghdad, the south and parts of the east, it’s a war of suicide bombings; in Al-Anbar, Saladin, part of Diyala, Kurdistan and of course Mosul, it’s a war of liberation. Both are being fought between the same rivals — the Iraqi government and its allies on one side and on the other the Islamic State (IS), which has managed to take control of almost 45% of the country over the last six months.

In Salahuddin province, north of Baghdad, shelling and shooting became the soundtrack. Life here is all about fighting and mourning. There are no more tears to shed for young fighters, soldiers or volunteers, who lose their lives on the front. Black lost its significance as the color women here wear during mourning; it simply became the color of everyday.

“I came from Basra to fight those terrorists, I came before the month of Ramadan [in June 2014],” said Abu Ghazwan, a Shiite commander whom Al-Monitor met at the village of Zor El-Bakr, near Balad air base, known as LSA Anaconda during the US occupation and Bakr air base during Saddam’s reign. Abu Ghazwan is commanding a group of 200 volunteers who decided to fight alongside the army and the federal police against IS. “I don’t have any intention to go back to my family or town before this battle is over, I’ve been here for almost six months and I’m ready to die, so another six months here won’t mean anything,” he said.

IS fighters are only 1 kilometer (0.62 mile) from where we stand, and there’s nothing that says they are there except for the shots and shells from their side aimed at the village. “Beware of the sniper” is the most used phrase here: “No one here wants to be killed by those lunatics,” said Hassan, a former taxi driver turned fighter. “I prefer dying in a different way, yet I’m ready to fight as far as this could help in defeating them; they aren’t an easy enemy. They fight until the last bullet.”

While we talk, a barrage is seen from Balad air base: 107 mm rockets are unleashed, the fighters start cheering as they see the smoke rising from the IS positions. It’s a game of war where winners and losers master the art of interaction, here or there the secret phrase is “Allahu akbar,” or “God is great.”

“Wait till the Iranian rockets hit the skies, the sound alone is fearful,” said Abu Mohammed, a fighter from the area whose remarks seemed to intimidate his comrades. “Everyone is helping Iraq in this battle; imagine the Americans and the Iranians together,” laughs Abu Mohammed. He whispers to me, “I heard all of them are here at the base — the Iranians, the Americans and our army, but everyone is working on his own. What I care about is that they are helping us.”

From Zor El-Bakr, we precede to an area called “the graveyard,” and it is a graveyard, indeed: an open area that fronts three villages that are under IS control — Zor Boheshma, Al-Qadisiyah and Yathreb. The three are at that moment under IS’ control; they are also under heavy shelling that leaves towers of smoke rising above each village.

It was difficult to differentiate between fighters and soldiers since they all looked alike, except that government forces had the Iraqi flag on their uniform while nongovernment fighters, volunteers and militias wore badges with religious slogans.

“The main goal of this battle is to retake Balad district as a whole,” said Capt. Dirgham al-Hillay of the Iraqi federal police. “Daesh [IS] is using this area as a transit zone. They use to it to transfer arms and personnel to Diyala and Baghdad, it’s important to uproot them from here so that our next tasks would be easier.”

As the day came to an end and the sun set behind the towers of smoke, fighters continued their tasks and villagers await the news of those who died. A loud sound was heard as a big rocket was launched — something similar to what Abu Mohammed described that caused his comrades to be afraid. It goes high, beneath a drone that can be seen in the sky, then disappears. A few seconds later a mushroom of smoke could be seen from Yathreb. It was a clear sign that the battle here was heading toward an end. 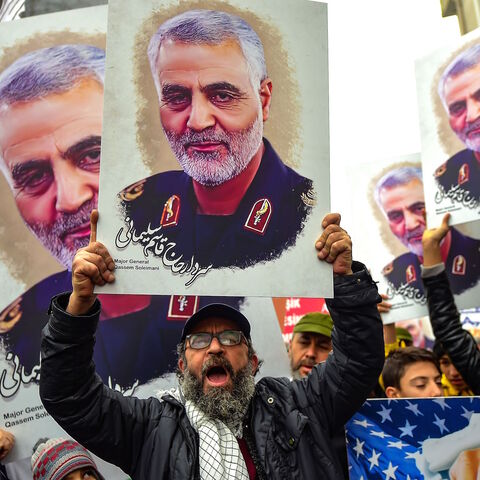 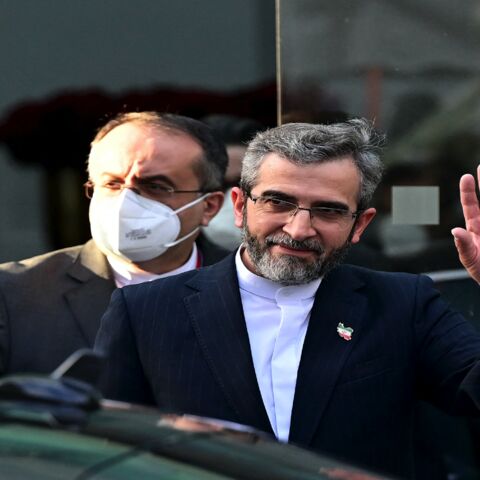 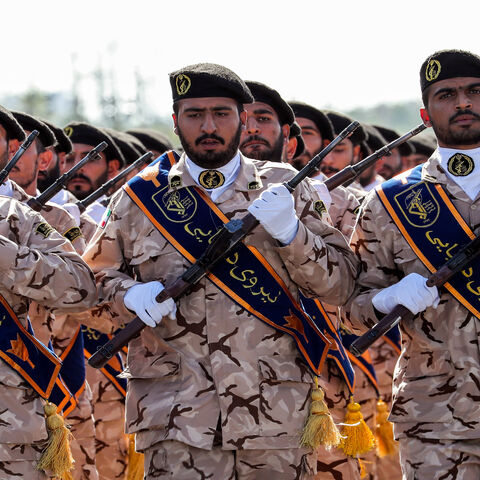