Panelists at a conference about Iran's nuclear program have spoken out publicly about its steep costs to the country. 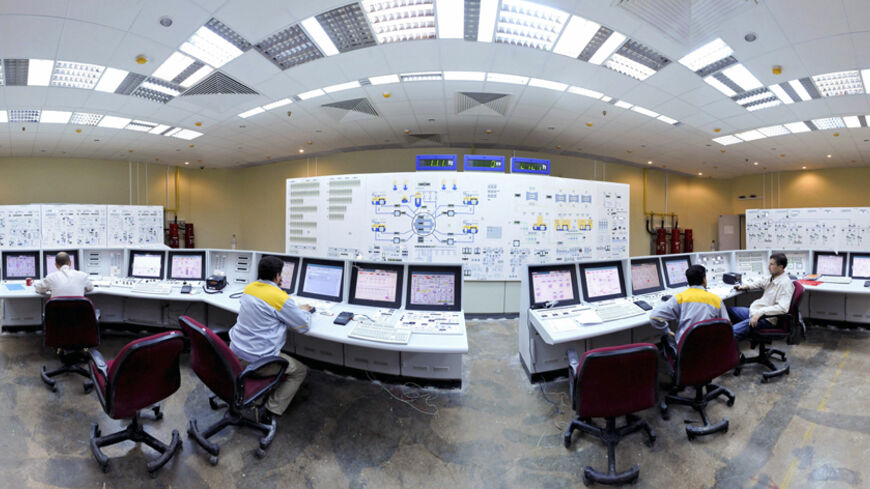 A conference at the University of Tehran about Iran’s nuclear program has produced some of the harshest criticism yet of its costs to the country, prompting condemnation from a parliamentary official, who called for legal action to be taken against the prominent Iranian panelists.

The Iranian Students’ News Agency published the transcripts of the conference, and the story became popular on social media after foreign-based Radio Farda compiled some of the conference's highlights.

Ahmad Shirzad, a former parliament member who came into office in the 2000 Reformist sweep, said, “During that time in parliament, I said that no water will come from the nuclear well. … Not even a glass of water. If you ask me why the country went in a nuclear direction, I have to answer that I do not know.”

Shirzad said that one of the issues is that just like the Iran-Iraq War in the 1980s, when UN Resolution 598 was finally signed, “A small group of people sitting behind closed doors who think they have all the wisdom” are making decisions for an entire nation. Unlike the oil, gas and petrochemicals industries, Shirzad said that Iran does not have the primary resources and technological know-how to run a nuclear program.

University of Tehran professor Sadegh Zibakalam, who currently faces a suspended sentence over his previous criticism of the nuclear program, said, “During the last 11 years, the people who supported the nuclear program were called revolutionaries and patriots, and the people who had a different point of view, according to [President Mahmoud] Ahmadinejad, were traitors. This is the first time that permission has been given to speak about the nuclear issue independent from government outlets, and this is one of the achievements of the new administration.”

He said that when he wrote critical pieces about the nuclear program under Ahmadinejad, editors would tell him that they had orders not to publish alternative points of view on the issue and could only print the one promoted by the government.

Zibakalam said that he once asked nuclear negotiator Abbas Araghchi, “[What] if your grandchildren ask you in the future whether you think Iran not have been better off if the funds for the nuclear program were instead put into managing the country’s water?” According to Zibakalam, Araghchi replied, “I do not know.”

Zibakalam said that the nuclear program, which has brought economic sanctions and political isolation to Iran, has been more costly than the devastating Iran-Iraq war.

Davoud Hermidas-Bavand, a professor of international relations at Allameh Tabatabaei University in Tehran, rejected comparisons to Iran’s attempt to nationalize oil in the early 1950s, prompting an economic embargo by Britain and the overthrow of Prime Minister Mohammad Mossadegh’s government.

“What happened under Mossadegh was a struggle for rights based on international law,” Bavand said. “But on the nuclear issue, the process of resistance against bullying went in a direction that in the long run, reduced other inalienable rights. Every time the negotiations end without a resolution, it results in new sanctions.”

He added that President Hassan Rouhani “is responsible to the people and history,” and said that there should be a peaceful resolution to the nuclear file.

Ismael Kowsari, a member of the Iranian Parliament’s Foreign Policy and National Security Committee, said that people like Shirzad “are servants of the foreigners” with “their hand stretched out” to them. He said that Bavand has “a problem with the progress and pride” of the country, adding, “There should be a legal confrontation with people who have a problem with the progress of the system.”