Outspoken analyst and Tehran University professor Sadegh Zibakalam's sentence is being taken as a warning that there are limits to how much Iranian intellectuals are allowed to question the nuclear program. 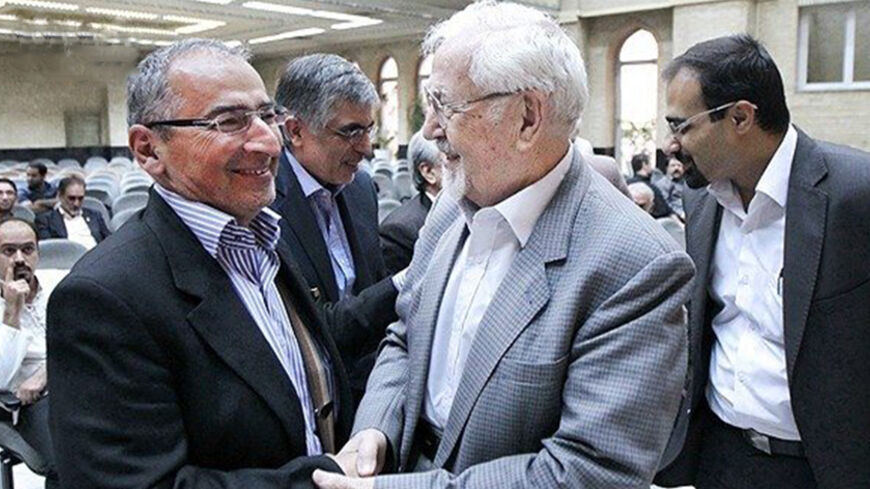 Tehran University professor and prominent Iranian analyst Sadegh Zibakalam has been given an 18-month prison sentence for questioning the usefulness of the country's nuclear program. The nature of the judgment leaves whether the analyst will serve his full sentence up to the discretion of the judge. The case is seen by many as a warning about the limits on criticism of the nuclear program.

On his Facebook page, Zibakalam, a political centrist, wrote, "Just as you know, after the Geneva agreement and the attacks on that agreement from 'the Concerned,' I wrote two open letters to [Kayhan editor] Hossein Shariatmadari and [parliamentarian and 9 Dey editor] Hamid Rasaei. And in defending the efforts of the administration in solving the nuclear issue, I presented this question to them: 'What benefit and outcome for the progress, growth and development of the country has the nuclear [program] had for the economy of the country?'"

The publications run by Shariatmadari, appointed to his position by Supreme Leader Ayatollah Ali Khamenei, and Rasaei have been extremely critical of the interim nuclear deal made between Iran and the five permanent members of the UN Security Council plus Germany in November 2013. "The Concerned" is the name now used for hard-liners who have shown opposition to the nuclear deal. The term is styled after the "We're Concerned(Worried)" conference held to publicly express these figures' fears about Iran giving up its nuclear rights in the negotiations.

Shariatmadari responded to the open letter, saying that if Zibakalam really cared about the people of Iran, he would not defend the individuals involved $2.7 billion embezzlement case. Zibakalam then responded with another open letter, asking what the prime suspect in that case, Mehafard Amir Khosravi, had done to be sentenced to death. Zibakalam had referred to Khosravi as the "Bill Gates" or "Steve Jobs" of Iran and accused the judiciary of sentencing him to death to appease public opinion. Khosravai was executed in May.

According to Zibakalam, after he had presented his defense in court, he was sentenced for one year for asking, "What outcome has the nuclear program had?" and for saying that in the embezzlement case, the judiciary wanted to "satisfy public opinion rather than seek the truth." He was sentenced to six months in prison.

Zibakalam was officially convicted of propaganda against the Islamic Republic of Iran, publishing lies to incite public opinion and insulting judges and officials from the judiciary. He wrote that he would appeal the decision.

In February, President Hassan Rouhani complained that only "semi-literate" critics of the nuclear deal often speak up but Iran's professors and other elites, who privately tell the president that they support the Geneva deal, never speak publicly. In response to this request, prominent Reformist theoretician Saeed Hajjarian told Andishe Pouya Magazine that while Rouhani asks this of professors, he is not even able to restore them to the positions from which they were suspended by the administration of former President Mahmoud Ahmadinejad.

Given Zibakalam's political situation and closeness to those who operate within Iran's system, such as Expediency Council head Ayatollah Hashemi Rafsanjani, it would be surprising if the judge orders Zibakalam to actually serve any time.