In an exclusive interview, Tehran University professor Zibakalam tells Al-Monitor that President Hassan Rouhani has correctly judged that resolving the nuclear crisis will give his administration the opportunity to pursue domestic reforms. 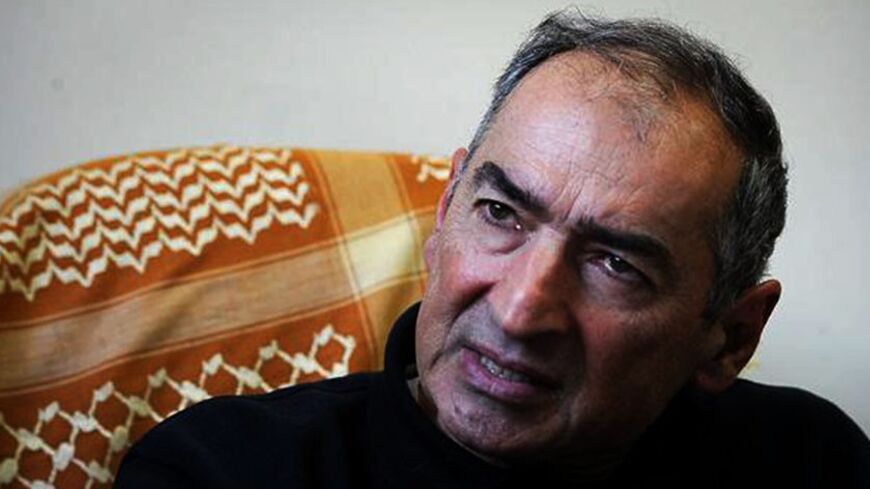 Sadegh Zibakalam, a professor at Tehran University, is one of the few figures with close ties to the Reformists who can still appear on TV and criticize the government. - parsherald.com

Professor Sadegh Zibakalam, a prominent Iranian political analyst, told Al-Monitor that solving the nuclear crisis is the most important goal of the new administration. He said that President Hassan Rouhani has correctly realized that if he can solve the nuclear crisis and come to an agreement with the P5+1 countries, he can gradually solve the domestic problems as well.

Zibakalam teaches at Tehran University and is one of the few figures with close ties to the Reformists, who can still appear on TV and criticize the government. He has also appeared as a guest on international TV channels such as the BBC and the Russian channel RT. He belongs to a generation of young revolutionaries who became government officials after the Islamic Revolution in 1979. However, he resigned from his position and went to England to continue his education. He then received his doctorate in political science from the University of Bradford and started teaching.

He was a strong critic of Mahmoud Ahmadinejad’s administration and the Principlist parliament and eventually joined Rouhani’s campaign during the 2013 presidential elections.

He supported Rouhani during the presidential debates and accused the Principlists of weakening Iran’s position in the international arena. He expressed hope that Rouhani’s victory would bring about an end to Iran’s problems with its neighbors and world powers.

Just before the presidential elections in June 2013, during a televised debate with Mehdi Koochakzadeh, a hard-line member of parliament (MP) from Tehran, Zibakalam made controversial comments and indirectly warned conditions in Iran were becoming similar to the pre-revolutionary era under the shah. “People revolted against the tyranny of the shah because his regime was a dictatorial one,” Zibakalam said. “There were thousands of political prisoners in Evin Prison, there were no political parties, no fair elections, no freedom of speech and anyone with ties to the establishment could become an MP.” It was obvious to Iranian analysts and journalists that he was talking about the shah's government but was also making implications about the current political and social realities of Iran.

Although he openly supported Rouhani, he has always been critical of him as well. In a public letter, Zibakalam warned Rouhani that his comments in support of the Dey 9 (Dec. 30) pro-government, anti-Green Movement “would lose a large number of his supporters” and asked him if he could explain why opposition leaders Mir-Hossein Mousavi, Zahra Rahnavard and Mehdi Karroubi have been under house arrest for almost three years without charge.

These days, the most important news in Iran is the arrest of Babak Zanjani, a billionaire with close ties to the Islamic Revolutionary Guard Corps, known as Sepah in Iran. It is speculated that by arresting one of the most important pawns of Sepah, the administration is hoping to put financial pressure on this military organization and curb its influence.

Al-Monitor spoke with Zibakalam, who's in Tehran.

Al-Monitor:  Is Zanjani's arrest a sign of confrontation between the administration and Sepah?

Zibakalam:  No, I don’t think that the administration wants to use the situation for its own political advantage. It is, of course, true that opening a court case against Babak Zanjani bothers some members of the right-wing faction, since it gives rise to the question of who supported Babak Zanjani. It is obvious that Ahmadinejad’s administration supported him and that the administration itself had the approval of Sepah and certain members of the Principlist faction. Also, companies with close ties to Sepah take part in the oil deals. In general, investigating his case will disturb the previous administration. Rouhani’s administration is not trying to gain any particular advantage from this case or use it to score points. The case is quite straightforward. Mr. Zanjani has been evading the oil embargo and has been exporting oil and transferring money to Iran. Naturally, he received his own commission fee from the oil trade.

It is obvious that he was not the sole beneficiary of these deals and others were involved in the money transfer process. After a while, the US government notices that Babak Zanjani is evading the sanctions and blacklists him; his accounts are blocked and this is when his problems started. He had purchased real estate, with the money that he had received from the oil trade, in his own name. It means that he used the government’s money to buy companies and real estate. It appears that he was also planning to buy some of the companies that belong to the Social Security Agency.

Al-Monitor:  Apparently the process of buying those companies, the ones belonging to the Social Security Agency, involved bribing Fazel Larijani [the parliament speaker's brother and head of the judiciary]. It was the transcript of these discussions that was read out loud by Ahmadinejad in parliament?

Zibakalam:  Yes, all of this happened during the final months of Ahmadinejad’s presidency. With the change in the administration, Babak Zanjani could no longer maintain the same working relationship with the Ministry of Petroleum.

Al-Monitor:  Government officials say that he owes money to the government?

Zibakalam:  Yes, about $2 billion of oil revenue was not received by the government. He [Zanjani] said that he was trying to transfer the money via Tajikistan’s Central Bank, but it was later revealed that this amount was never received by the Central Bank of Tajikistan and naturally could not be transferred to Iran. What we know about this case is only what the judiciary has made public and also what the 12 MPs, who have written a letter to the judiciary, have said about Zanjani’s case. We don’t know anything about Babak Zanjani himself or people who are connected to him.

Al-Monitor:  Who is pursuing his case?

Al-Monitor:  Mohammad Khatami’s administration claimed that it had dealt with one crisis every nine days [that was created by Priniciplists to prevent him from pursuing his policies]. Are the Principlists using the same tactic hoping to cripple Rouhani’s administration as well?

Zibakalam:  Rouhani must try to keep his balance as if he is a trapeze artist. He must satisfy his 19 million supporters, those who voted for him, and also make sure that he is not angering the Conservatives.

Al-Monitor:  So his comments on Dey 9 was an attempt at keeping the Conservatives happy?

Zibakalam:  He was basically saying that some people were convinced, based on the claims of TV and radio stations, that during the Ashoura demonstrations, religious values were disrespected and Imam Hussein was insulted. Therefore, some of the people who took part in the Dey 9 demonstration were not necessarily Ahmadinejad supporters but were rather there to defend their religious values. This is what Rouhani was trying to say.

Al-Monitor:  A large portion of the people who voted for Rouhani, view the Green Movement positively. Do you think that his comments will cost him some of his followers?

Zibakalam:  If he had not made any comments, then the Conservatives would accuse him of staying silent on the issue.

Al-Monitor:  Do you think that the establishment has decided to have a constructive interaction with Rouhani’s administration?