The French-British peace initiative will be formally launched after the Israeli elections, offering both sides economic benefits. 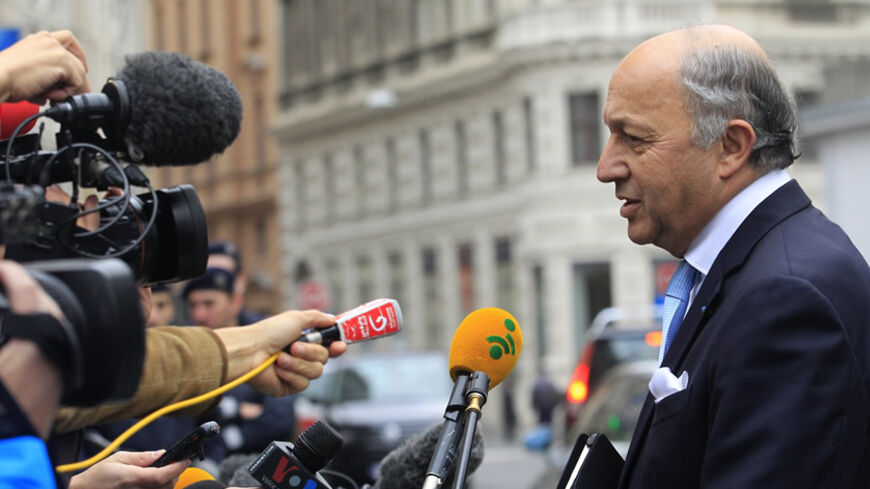 When the Israeli and the Palestinian leaders said "no" to US Secretary of State John Kerry in May, they drove their countries’ economies into troubled times.

Accepting a framework agreement would have brought both sides tremendous economic advantages. Israel and Palestine were offered an upgrade of their status within the European Union to the highest level of a non-EU member. The Palestinians were also offered by the United States a $4 billion economic package.

From Israel’s point of view, a viable peace process would have also entailed growth of international investment, improved trade and increased tourism. To a large degree, this is also true for the Palestinians.

Today, both economies are suffering. Youth unemployment in the West Bank is at an all-time high, with over 20% of young people jobless. The 2014 World Bank report also indicates that Gaza's youth unemployment rate has reached 50%. Israel suffers from a growth rate of almost zero following the Gaza war, as well as galloping housing prices and a practically unbearable cost of living for the middle and lower classes. In both societies, the poverty rate is staggering. In Palestine, approximately 25% of people live under the poverty line, according to the World Bank. In Israel, about 16% of the population is poor, according to the December 2014 Taub Center report. Defense and settlement expansion expenditures have only exacerbated the economic crisis in which Israel finds itself on the eve of its national elections. If the economy alone would be on the public agenda, Prime Minister Benjamin Netanyahu would most certainly lose the next elections. In the words of former US President Bill Clinton: "It’s the economy, stupid."

Netanyahu will probably run a campaign focused on Israel’s security predicaments, hiding the link between peace and the state of security and economy. It is a correlation that the Israeli opposition must highlight under the slogan: “It’s the settlements.” The economic crisis in the West Bank risks sparking unrest during Israeli elections, at a time when President Mahmoud Abbas prefers stability over intifada.

But the real crossroads for both economies will reveal itself in the aftermath of the elections.

According to a senior diplomatic source in Brussels, a peace process initiative, which will be proposed by France and Great Britain in coordination with the United States, following the establishment of the next Israeli government, will include political, security and economic elements. The senior EU diplomat told Al-Monitor, “Whatever the efforts at the Security Council will result with, the real architecture of a future peace process will await the establishment of the next Israeli government.” Europe, in his view, will not acquiesce to the status quo anymore. Progress toward Palestinian statehood is a must, not only in regard to the Palestinian plight but also in the context of the European anti-terror campaign. Brussels believes that the US administration sees eye to eye with them on this issue.

The peace process “package” that the Europeans have in mind attaches a time line of two years for the negotiations (without the Palestinian demand of a deadline for the end of the occupation). It also consists of a settlement freeze during the talks, security measures against terror in the demilitarized Palestinian state with a temporary Israeli presence and a monitoring role for third parties. The all-important issue of borders will be alluded to by a reference to the 2002 Arab Peace Initiative, which calls for border demarcating based on the 1967 lines with mutual land swaps and a shared capital in Jerusalem. The same goes for the sensitive issue of Palestinian refugees, which must be resolved in a “just and agreed upon way.”

On the security issue, European policy officials have considered proposing the deployment of Egyptian forces in the West Bank and the Gaza Strip in coordination with the Palestinians and the Israelis.

The economic component of this initiative is inadvertently linked to the dividends of a peace process. This would mean tremendous economic benefits for both countries, preferential trade and new opportunities for scientific and technological research and development in cooperation with European institutions.

In case of refusal, the alternative — according to the European source — would be additional punitive measures for Israeli settlement policies, including a more comprehensive boycott of Israeli goods originating east of the Green Line. Such a refusal could also entail donor fatigue for the Palestinians.

But Netanyahu, it appears, is not looking for peace dividends. He believes that Israel can get enough economic benefits from the new Republican-run US Congress and from guilt-ridden Germany. The type of regional economic structure the EU has in mind — such as investments in infrastructure projects involving Israel, Palestine and Jordan — are not to his liking. The prime minister believes he can manage the conflict rather than solve it, which will keep his right-wing ideology and electoral base intact. He seems unmoved by international carrots and sticks.

Nevertheless, whether the current Israeli government likes it or not, the March 17 elections will revolve around the link between a viable peace process and the economic benefits of such a process, as opposed to diplomatic stalemate and economic isolation and meltdown.