Turks' paranoia explained by their past

Polls show that Turkish society is inherently suspicious of all other countries, and even fellow Turks. 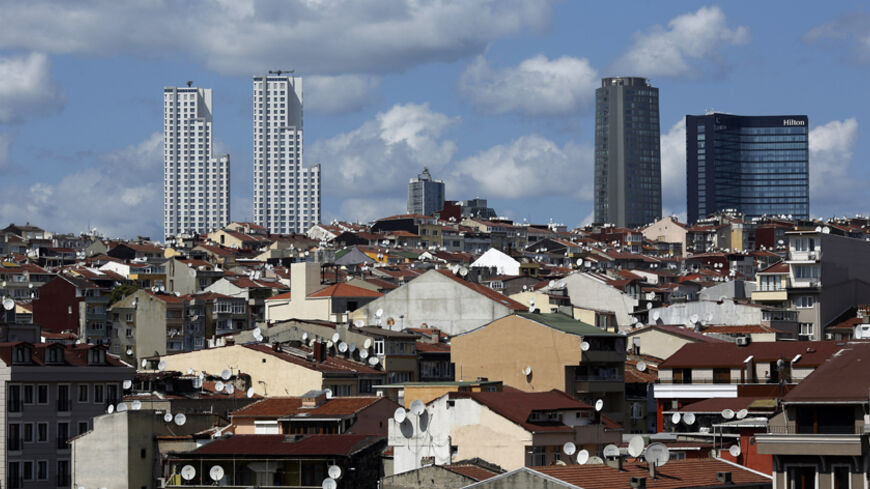 A poll by the Pew Research Center in October highlighted a trend in Turkish society with foreign policy implications: Turks hold deeply unfavorable views of other nations. The most disliked nation proved to be Israel, with only 2% of Turks expressing any sympathy for the Jewish state. The United States also turned out to be highly unpopular, with only 19% of polled Turks expressing sympathy. Similarly unpopular were the European Union, China, Brazil and Russia.

One could suspect that Turks' views of other nations are based on a distaste for all non-Muslims, as Turkey is a predominantly Muslim nation. However, Iran and Saudi Arabia — fellow Muslim nations — proved to be unpopular in the same poll, too. "In fact," the Pew researchers concluded, "it is hard to find any country or organization the Turkish people really like, except, of course, Turkey itself."

Yet, one could doubt this conclusion as well, because other polls have shown that the opinions of Turks of one another are not terribly positive either. Different surveys about levels of global "interpersonal trust" have repeatedly shown Turkey is one of the most extreme examples of a distrustful society. In a 2008 poll by World Values Survey, for example, Turkey was at the bottom of a list of 60 different countries rated according to interpersonal trust. Only 4.9% of Turks agreed with the statement, “Most people can be trusted,” equaling the answers from Rwandans, who suffered a genocide 14 years prior to the poll. (In contrast, the highest levels of trust turned out to be in Norway and Sweden, where around 70% of citizens agree with the same statement.)

The world map of interpersonal trust also confirms Turkey's situation. Countries are graded by color, and it is clear that Turkey stands out as one of the few countries with the least amount of trust in others.

By looking at data such as this, it seems fair to say that Turkey is a paranoid nation, which is apparent in its foreign policy that exhibits a passion for conspiracy theories, where the presumption reigns that most other nations are somehow plotting against it. In domestic politics, this is displayed through bitter political fights, constant chest beating and repeated waves of witch-hunting.

However, this paranoia does not turn Turks into atomistic individuals — at least not yet. It rather makes them seek small islands of trust in a sea of danger, which has created Turkey’s famously deep family and community ties. (One's community can be religious, political, ethnic or even provincial.) That is also why nepotism is not an anomaly but the rule in Turkey: Whenever there is power up for grabs, use it solely to empower your own group, i.e., the limited number of people you can trust; others deserve nothing.

But what is the source of all this extreme cynicism, which gives Turkish society only discomfort and pain, and deprives it of the chance to fulfill its true potential, let alone be happy?

While there is no obvious answer to this question, there are two issues at play. First, Turkish society has never been able to get over, and think objectively about, the collapse of the Ottoman Empire. For decades, textbooks have taught Turkish students that the empire collapsed because of two evils: the major imperialist powers of the West and their collaborators within. The real reasons for the empire's long decline — such as lack of intellectual curiosity, much-belated industrialization and the rise of nationalism — were overlooked.

That is why still the typical Turkish formula for explaining troubles is to imagine a conspirator outside and a collaborator within. A case in point is President Recep Tayyip Erdogan's recent speculations about the "mastermind" of the Middle East, which supposedly conspires day and night against Turkey — or, more specifically, Erdogan's "New Turkey."

The second explanation for Turkey's national cynicism is the country's much-belated urbanization. In 1950, Istanbul's population counted about a million. Now, it stands at more than 14 million. Almost all of these "new Istanbulians" came from much smaller towns or villages, in which they lived by a certain code of trust: They knew most people around them and shared similar customs and norms. In the colossal city, however, they felt like strangers, and thus created cultural ghettos based on kinship. The old city elite looked down on the newcomers as unwashed masses. The newcomers resented this elite group as corrupt, unfair and arrogant. Erdogan's political triumph is basically the triumph of this formerly rural, newly urbanized class over the old city elite.

Because of these deep social trends, it might take at least a generation for Turkey to breed a civic culture that will replace fear with trust and self-righteousness with self-criticism, and favor meritocracy over nepotism. Principled leadership could certainly help, if Turkey had reconciliatory figures such as the late Nelson Mandela. In the sad absence of such leadership, however, time, and the bitter lessons it will teach, may be Turkey’s only hope to become a society at peace with both itself and the world.