If Turkey's present crisis deepens, the Justice and Development Party may become even more paranoid, angry and authoritarian. 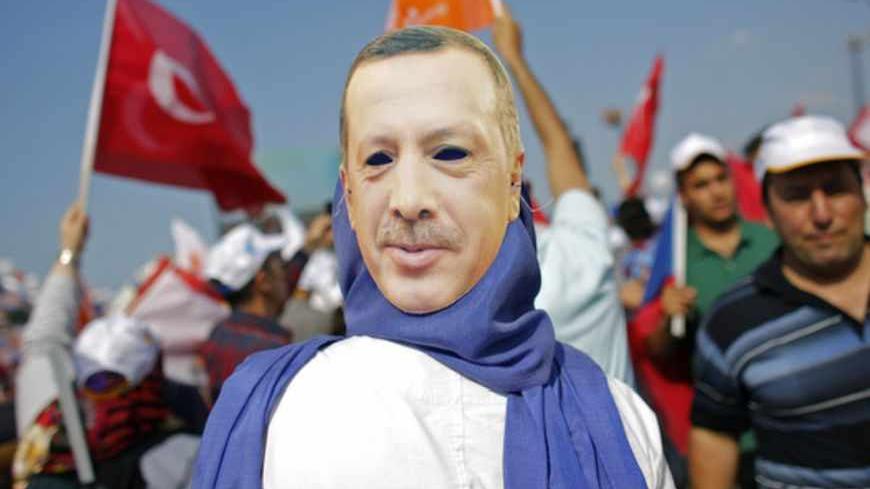 One of the reasons for which I have supported the Justice and Development Party (AKP) of Prime Minister Recep Tayyip Erdogan in the past decade was its challenge to Turkey's deep-seated xenophobic nationalism. From the impasse in Cyprus to the rights of minorities such as Kurds, Armenians and other non-Muslims, the AKP dismissed chauvinistic bigotries and took boldly reformist steps. It also accelerated the European Union accession process and integrated Turkey deeper into the global economy.

For these same reasons, the AKP has been condemned repeatedly by secular nationalists as an "American puppet" or "capitalist compradore." A best-selling anti-AKP book of 2007 even argued, seriously, that Erdogan was a "crypto Jew" working with the Elders of Zion to undermine Turkey's "full independence."

However, things have taken an incredibly dramatic turn since the outburst of the Gezi Park protests in May 31. Erdogan, wondering why his whole nation does not love him unequivocally for all the great things he has done, soon found the real culprit behind the anger in streets: "foreign powers" and their collaborators such as "the interest (loan) lobby." The more extensively the foreign media, such as CNN International and The Economist, covered the protests and criticized the government's heavy-handed response, the more Erdogan and his followers became convinced about an ill-intended "foreign hand" behind the masses.

Yeni Safak, one of the prominent newspapers within the pro-Erdogan media, took the lead in this new narrative. First, the paper ran a headline which exposed the "Zello organization" as one of the insidious forces behind the protests. Others soon pointed out that Zello is indeed used by some protesters for communication, yet it is not an organization but a company with an iPhone application similar to those of Twitter or Viber.

A few days later, Yeni Safak exposed a bigger conspiracy: an alleged meeting last February at the American Enterprise Institute (AEI) in Washington, in which an "Istanbul Uprising" was planned. According to the story, prominent names within the American neo-conservative right, such as Bernard Lewis, Richard Perle and Paul Wolfowitz, had joined the meeting and planned to turn Istanbul's Taksim Square into something like the Egyptian Tahrir. So far, I have not been able to find any confirmation of the existence of such a meeting at AEI, and I can't also imagine how such distant schemes could orchestrate masses in Turkish streets. Yet still many Erdogan supporters seem to be quite convinced by these conspiracy theories.

Luckily, not everybody who writes in the conservative media takes such theories seriously. Various columnists in Yeni Safak and Star (where I also write) dismissed these scenarios and urged the government to see the "social reality" behind the protests. Zaman, the flagship of the powerful Fethulah Gulen Movement, has already taken a critical (but not hostile) tone toward Erdogan, and is full of articles that invite the government to consider self-criticism instead of witch-hunting.

Yet still, the dominant narrative within the AKP and its hard-core supporters is that the tension that hit the country in the past three weeks is the job of "global actors that want to sabotage Turkey's progress." The logical outcome of this perception is to flex muscles and engage in self-defense. That is why many pro-Erdogan commentators praise him these days for "standing firm" and not stepping down. And when Erdogan's "firmness" further infuriates the protesters, who expect concessions from him, the same pro-Erdogan voices urge an even stronger response. This is a vicious cycle par excellence.

Meanwhile, it is amusing to see how Erdogan's ultra-nationalist enemies have turned quite pro-Western in the past three weeks. The pundits who would condemn the United States or the EU for their "imperialism" are now cheerfully tweeting articles from the American or British press. Hannes Swoboda, president of the Group of the Progressive Alliance of Socialists and Democrats in the European Parliament, who was condemned by them a month ago for being an "AKP mouthpiece," is now receiving their praise. (Swoboda had angered the main opposition leader Kemal Kilicdaroglu a month ago by rejecting the latter's equation of Erdogan and Syrian President Bashar al-Assad. Now Swoboda's critique of Erdogan's take on the protesters angers the pro-AKP camp. I think the man just deserves respect for being fair.)

This sudden change of positions in Turkish politics reveals an unpleasant fact about Turkish political culture: Here, it is pure benefit, not any principle, that guides political rhetoric. The West is good when it serves our camp; it is evil when it serves the opposite camp. Conspiracy theories are nonsense when they target us, but they are eye-opening revelations when they target our rivals.

This widespread lack of principles and consistency suggests that the xenophobic nationalism in which the AKP has been indulging during the past three weeks may be just a temporary phenomenon. Perhaps, Erdogan will soon overcome this crisis and move on with his liberal reforms and globalizing steps, shaking hands with all the "dark powers" he is condemning these days. And few will ask him what has changed, as few ask him today.

However, if the crisis deepens, creating more long-term positioning in Turkish politics, the AKP may become a more xenophobic, paranoid, anti-Western party, only to turn more angry and authoritarian against its opponents. In that case, naturally, the dreamers of a more democratic and free Turkey will have to put their hopes in a post-AKP future.