Erdogan Confronts the Near Insanity Of His Opposition

Those who blame Turkish Prime Minister Erdogan for the Reyhanli bombing are immoral and irrational. 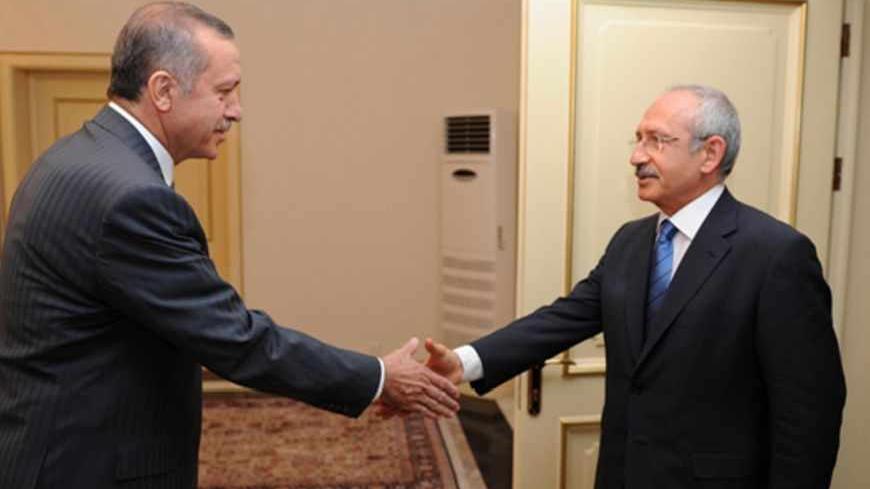 The double bombing in the center of Reyhanli, a Turkish town right near the Syrian border, on May 11 was a watershed event for Turks. With at least 51 casualties — all civillians and random bypassers — this was not only the bloodiest terror attack Turkey has ever seen, it has also proven to be the most controversial one.

It has been controversial because Turks could not agree on who was responsible for the attack. Reyhanli is not just near the border, but is also within the Hatay province which may as well be called "little Syria" — with the almost exact ethnic and religious diversity found in the neighboring Syrian Arab Republic. Since the beginning of the civil war in Syria, the town has also been a haven for Syrian refugees and even some members of the Free Syrian Army. Based on all this, most observers in Turkey agreed that the bombing has something to do with the war in Syria.

But which side in Syria? According to the government, the Syrian regime — which now sees Turkey as a lethal enemy — was behind the attack. The clues the police have found since the attack also seemed to confirm this view, as more than a dozen Turks who are members of extreme Marxist-Leninist terror groups with ideological and secterian ties to the Bashar al-Assad regime have been arrested. Particularily under suspicion is a Turkish citizen named Mihrac Ural, who has been living in Latakia since the 1980s, and is the head of Muqawama Surriya ("Syrian Resistance") — which is none other than the shabiha group responsible for the horrific massacres in Banias and Baida.

It is notable that not just the AKP (Justice and Development Party) government and its committed supporters, but also more independent Turkish experts interpret the Reyhanli attack as an act of the Syrian secret service and its spies inside Turkey. For example, see Cengiz Candar's recent piece in Al-Monitor.

However, Turkey's main opposition Republican People's Party (CHP) has had a different take on Reyhanli since the beginning. Spokesmen for the party, whose sympathies for the Assad regime — for ideological and sectarian reasons — have only been thinly veiled, rather implied that the Syrian opposition must be behind the bombings. One CHP speaker, Nihat Matkap, even offered a bizarre conspiracy theory by claiming that "there were strangely no Syrians on the streets right before the bombing." In other words, he implied that Syrian refugees in Reyhanli were somehow informed about the bombing, and thus were collaborators of the crime. (To me, he sounded like a lunatic, similar to the anti-Semitic conspiracy theorists who keep claiming that Jews did not go to work in New York's World Trade Center on 9/11.)

Soon, CHP's leader Kemal Kilicdaroglu made another accusation, this time to Prime Minister Recep Tayyip Erdogan. "The murderer of [the people of] Reyhanli," he bluntly said, "is none other than Erdogan." (A few days later, Erdogan sued Kilicdaroglu for these words, claiming that this is a personal insult.)

A more dramatic Kilicdaroglu statement came out in Europe and caused a political scandal. Speaking at a press conference during a visit to Brussels on May 15, Kilicdaroglu claimed that both Assad and Erdogan are "dictators," and the difference between them is "only a nuance." In the face of this claim — whose pro-Assadism was probably more intolerable than its anti-Erdoganism — Hannes Swoboda, president of the Group of the Progressive Alliance of Socialists and Democrats in the European Parliament, who was supposed to meet Kilicdaroglu, canceled the meeting. He said to the press that Kilicdaroglu's comparison between Erdogan and Assad was "unacceptable." He further explained:

"We have a lot of criticism of Mr. Erdogan, but you have to respect the personality who has been elected in Turkey. You cannot compare Mr. Erdogan with … a bloody dictator."

In return, Kilicdaroglu did two things: He criticized Swoboda for "disrespecting freedom of speech," which reflected quite a feeble understanding of the principle. (Freedom of speech means that you should not be prosecuted for your statements. It does not mean that people cannot refuse talking to you if they think that you speak nonsense.) Then, Kilicdaroglu said that it was not Swoboda but himself who canceled the meeting, which, according to Swoboda's version of the events, is simply untrue.

But this did not close the debate for the CHP. On May 18, CHP spokesman Ali Kilic sent a letter to Swoboda, strongly condemning him "for attacking social democracy with a sledgehammer," and calling for his resignation. Meanwhile, pro-CHP websites such as OdaTV began claiming, without any serious evidence, that Swoboda has been "bribed" by the AKP government and that is the real reason why he "disrespected" Kilicdaroglu.

Of course, there are saner figures in Turkey, who are secular and left-leaning and therefore naturally sympathetic to the CHP, but who see this recent line of the party as shameful. One of them, Ismet Berkan, a columnist for centrist daily Hürriyet, recently criticized "the shallowness of the main opposition," which he said made the AKP, despite all its shortcomings, look better.

I rather believe that before depth, the CHP even needs basic sanity, the lack of which is clearly seen in its irrational and immoral stance on Syria. Till then, the AKP, despite all its real shortcomings and mistakes, will indeed continue to be the only political option for many Turks — an option sadly unchallenged by any respectable alternative.

Mustafa Akyol is a contributing writer for Al-Monitor's Turkey Pulse and a columnist for Turkish newspapers Hürriyet Daily News and Star. His articles have also appeared in Foreign Affairs, Newsweek, The New York Times, The Washington Post, The Wall Street Journal and The Guardian. He is the author of Islam Without Extremes: A Muslim Case for Liberty. On Twitter: @AkyolinEnglish