The Reyhanli attack not only weakens Prime Minister Erdogan's hand in his meeting with President Obama, but also has ramifications for Turkey's stability. 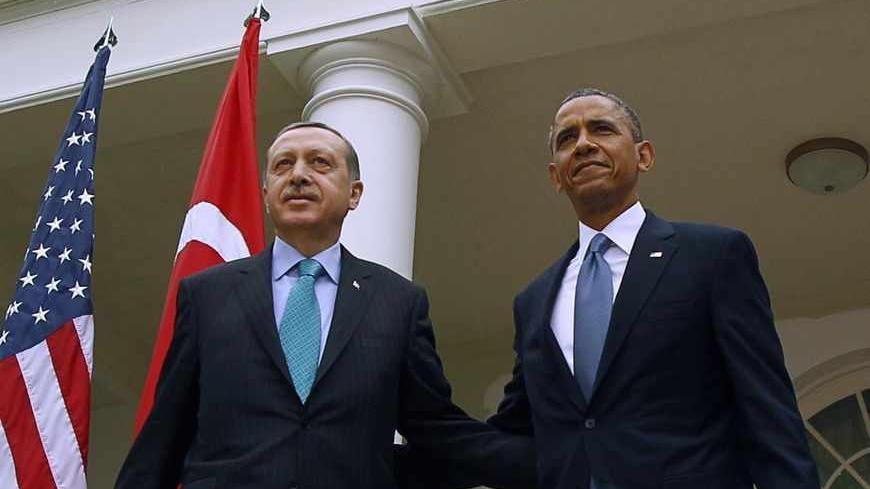 The Reyhanli attack coming just before Prime Minister Recep Tayyip Erdogan’s long-awaited Washington visit not only weakened the Turkish prime minister's hand in his meeting with US President Barack Obama but also delivered alarming messages for Turkey's near future.

Erdogan’s weakened hand results from Syrian President Bashar al-Assad’s inclination to launch daring operations to negate Turkey’s claim to be a regional power and his conviction of impunity. In a column for Bloomberg, Arab-American commentator Fouad Ajami wrote: “The bombs in Reyhanli, a quaint border town in the province of Hatay, were just the latest in a series of provocations by Syrian forces. Give Assad credit for his audacity. Like a gambler with steady nerves, he has bet that Erdogan won’t pull the trigger.’’

Although Erdogan held Assad and forces acting on his behest responsible for the Reyhanli bombing, his comments that we should keep cool and “the response will definitely come at the right time,’’ showed Assad’s gamble was on the mark and Erdogan's rhetoric was nothing but an effort to conceal his reluctance to the pull the trigger.

But Reyhanli means more than that and has deeper risks for Turkey. It is yet not clear whether the domestic opposition — including a high number of Al-Monitor commentators — acutely worried  by the prospect of Turkey entering a war against Syria because of Erdogan and his foreign policy are aware of these risks.

Reyhanli was a striking example of how the Syrian regime is planting the seeds for a bloody sectarian conflict that could upend Turkey’s stability.

That sectarian conflict has been simmering for a while in Syria where it has already assumed features of a civil war. The atrocities at Banias and nearby Baida last week had already shown immediately before the Reyhanli bombing how brutality will not have limits in a Sunni-Alevi confrontation.

The news report on the Banias massacre that was in the International Herald Tribune May 15, the day Erdogan landed in Washington, was supported by video clips of how shabiha [pro-government gunmen in Syria] thugs gutted a  pregnant woman's belly and removed the fetus as part of their cruelty to Sunnis.

What makes this all the more interesting is that the shabiha leader who was held responsible for Banias and Baida massacres is a Turkish citizen using the name of Ali Kyali who has been living in Latakia since the 1980s as the head of Muqawama Surriya [Syrian Resistance]. His real name is Mihrac Ural from Hatay.

Even more interesting is that Ural is also held responsible for the Reyhanli bombing that killed more than 50 people. Turkish intelligence services without any hesitation determined with visual proof that the Reyhanli attacks were carried out by Ural’s cohorts working closely with Syria’s Mukhabarat secret service and immediately detained nine people.

It is known that Ural is an Arab Alevi from Hatay’s Samandag town; that Samandag is the last town before the Syrian border on the Mediterranean coast at the northern proximity of a big bay and Latakia is at the southern end of the bay visible from Samandag and that almost all of Samandag's population are Arab Alevis and relatives of the ones on the Syrian side, including the Assad clan.

Ural’s attack on Reyhanli, abutting the Syrian border in Hatay province and whose more than half of its population are Sunni Arabs, is noteworthy. Reyhanli, equidistant to Aleppo and Idlib, is a Turkish town where Syrian opposition groups have had a free hand for a while.

The sectarian conflict that the Syrian regime is trying to promote can easily go beyond Syria’s border and spread to Hatay, which is a mirror image of Syria’s sectarian and ethnic mosaic. Reyhanli was the proof.

More important is the potential for this conflict to go beyond Hatay to other parts of Turkey. The claim by the Turkish government that nearly 15 million Turkish and Kurdish Alevis living in all parts of the country have nothing to do with the Syrian Alawites — even decline to say ‘’Alevi’’ and refer to those in Syria as ‘’Nusayri’’ in a pejoratively charged manner — is not realistic.  No matter how different the rituals of Hatay’s Arab Alevis are from rituals of Turkish and Kurdish Alevis elsewhere in Turkey, and no matter how similar they are to their brethren in Syria, nobody can deny their spirit of solidarity against Sunnis as a common denominator.

Not to be ignored is the fact that the Alevis are an important constituency of main opposition Republican Peoples’ Party (CHP), that the leader of the CHP Kemal Kilicdaroglu himself is an Alevi and on the other side, the  AKP’s core constituency is Sunni. The way the entire AKP, led by Ergdogan, accuse Kilicdaroglu and the CHP as allies of Assad is yet another omen of how Sunni-Alevi conflict with its contagious features that can be exported from Syria to Turkey.