Is Turkey Headed for Sharia Rule?

Mustafa Akyol argues that even if Turkey's Islamists have a "hidden agenda" of imposing sharia or Islamic law, they don't have much chance because of societal trends. 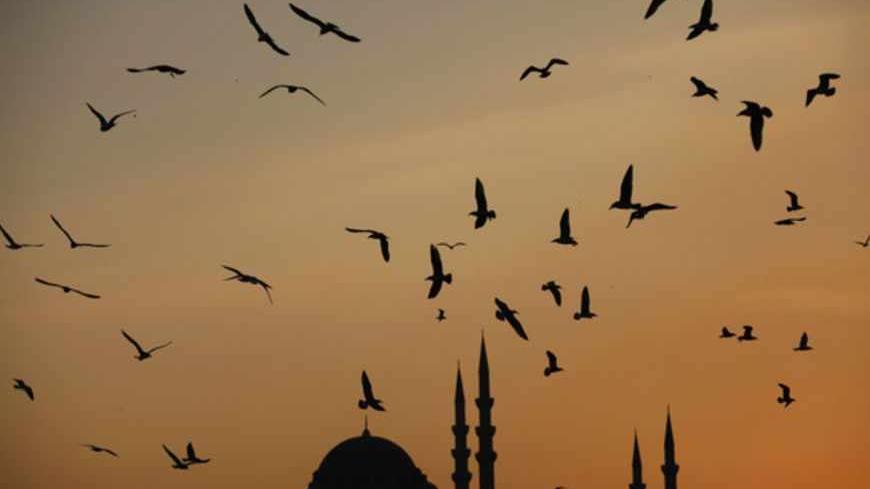 Seagulls fly over Golden Horn as the sun sets over the Ottoman-era Suleymaniye Mosque in Istanbul, Nov. 26, 2012. - REUTERS/Murad Sezer

One of the most toxic words in Turkey’s never-ending political wars is “sharia.” The word, which stands for “Islamic law,” has been a constant fear factor in the secularist narrative. Accordingly, the country’s “Islamists,” such as Prime Minister Recep Tayyip Erdogan and the incumbent AKP (Justice and Development Party), are determined to introduce sharia to a Turkey whose laws have been resolutely secular since the 1920s. They will, sooner or later, make Turkey “another Iran.”

In return, both the AKP and other “Islamists” parties in Turkey — including even the marginal Felicity Party, which uses a more explicitly Islamist rhetoric than the AKP — have always denied this accusation. They have, in fact, often taken great pains to explain that they do not oppose the secular state, but only ask for a more religion-friendly secularism, which will, for example, tolerate Islamic headscarves in public spaces. Most secularists, however, refuse to believe in these reassurances. They argue instead that the "Islamists” are doing nothing but taqiyyah, an Islamic concept which implies a strategic denial of a hidden agenda.

But hidden agendas are often impossible to prove or disprove. Therefore, the better method of foretelling Turkey's future is perhaps not to engage in endless discussions about the deepest corners of Islamist minds, but to figure out what the Turkish society really wants: Is this really a nation that is apt to re-establish Islamic law after almost a century of secular rule?

To find an answer, we can look at the recent survey The World’s Muslims: Religion, Politics and Society, published by the Pew Research Center on April 30. The extensive poll aims at mapping Muslim attitudes across the world on issues such as democracy, religious freedom, women’s rights or science and faith. One section of the study is focused on the sharia, and it shows how Muslim attitudes on this issue differ immensely from country to country.

The findings in Turkey, based on interviews with some 1,500 individuals who are statistically representative, are particularly interesting. Those Muslims “who favor making sharia the official law in their country” make up only 12% of the population of Turkey, which is one of the lowest points in all the 37 countries that are surveyed. Notably, the same group is 84% in Pakistan, 86% in Malaysia and 74% in Egypt. The Turkish case is rather similar to Bosnia-Herzegovina or Albania, where only 15% and 12% of the populations, respectively, want to see sharia as official law.

But what do we exactly mean by sharia? It is imperative to note that not every Muslim who supports sharia as a beacon of justice also supports its extreme measures, such as corporal punishments. The Pew survey shows that this nuance exists in every country, although to varying degrees. In Pakistan, for example, 88% of all those who say sharia should be the law of the land also favor corporal punishments. The same number is 70% in Egypt, 66% in Malaysia and 76% in the Palestinian territories. In Turkey, it is only 35%, similar to the 32% in Bosnia-Herzegovina and 31% in Kazakhstan.

In other words, those Turks who favor corporal punishments make up only 35% of the 12% who want sharia in the first place — which makes a total 4% of the whole society.

When asked about “death penalty for leaving Islam” — the non-Quranic yet traditional verdict on apostasy — the number of Turks who are supportive comes down even more: 2% of the whole population. In Egypt, however, those who support the execution of apostates make up 63% of the whole society. In Afghanistan, they make up 79%.

These Pew figures about Turkey looked pretty convincing to me, because they resonate with the findings of Turkish political scientists who made surveys on the same matter in the recent past. In 2006, for example, two secular academics supported by TESEV, a prominent liberal think tank, had found that only 8% of Turkish society demanded a “sharia-based religious regime.” When extreme measures such as stoning were asked about, they noted, the support “even zeroed.”

None of this means that Muslim religiosity is weak in Turkey. Quite the contrary, other polls show that at least 70% of Turks are fairly observant, with visits to a mosque at least once a week and the observation of the Ramadan fast. Yet, the majority of these pious Turks are used to seeing religion as a matter of personal faith, family and the community — just not state and law. Their moral conservatism also leads to some cultural tensions with more secular Turks, on issues such as public intoxication, abortion or Darwinism in education. But these are the "culture wars" that exist in modern societies such as the United States, as well. They are fundamentally different from the sharia wars in Egypt, Pakistan or even Tunisia.

Hence, here is my answer to the question in the headline of this piece: No, Turkey is not heading toward sharia rule, because whatever conspiracy "Islamists" might have in mind, there is very little societal support for it. This does not mean that the conservative-secularist tension will fade away, because opposing views on the role of religion in public life are likely to keep Turks busy with bitter disputes. But, in the end, they will not give you another Iran, Sudan or Afghanistan.

Mustafa Akyol is a contributing writer for Al-Monitor's Turkey Pulse and a columnist for Turkish newspapers Hürriyet Daily News and Star. His articles have also appeared in Foreign Affairs, Newsweek, The New York Times, The Washington Post, The Wall Street Journal and The Guardian. He is the author of Islam Without Extremes: A Muslim Case for Liberty, an argument for "Muslim liberalism." On Twitter: @AkyolinEnglish