While the G6 meeting of interior ministers on Nov. 6 focused on jihadists traveling from Europe to Syria via Turkey, the European Parliament is considering putting in place more stringent security checks and travel restrictions. 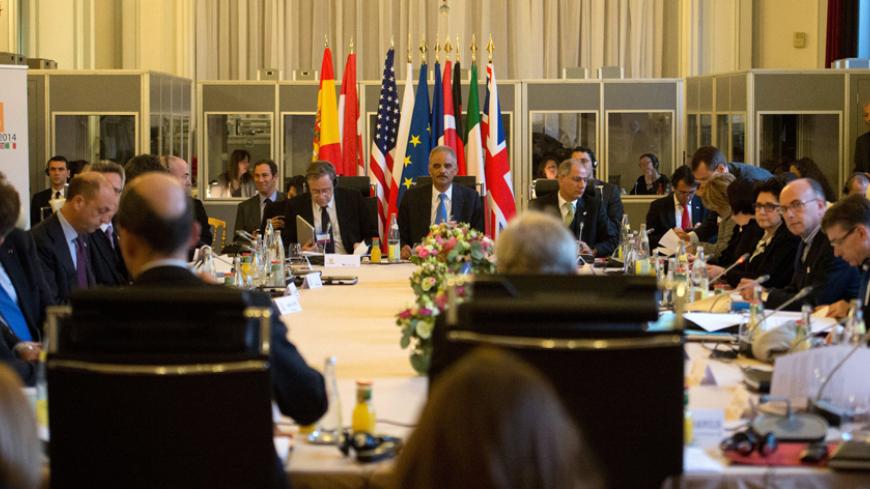 The question of how to stop European jihadists traveling to the Middle East has been the most important issue on the agenda at every meeting of the European Union interior ministers of late. The issue was again taken up on Nov. 6 in Paris at the G6 meeting of interior ministers, who represent the United Kingdom, France, Italy, Germany, Poland and Spain. Turkey’s interior minister was also invited to the meeting, because nearly all jihadists travel to Syria via Turkey. The objective of the EU ministers was clear: "Build a global front against a global terrorist threat." The return of jihadists and possible terrorist attacks in Europe has also been of great concern, and therefore the EU states prepare to tighten security checks at the Schengen borders and improve the passenger records system.

The meeting included ministers of the six largest countries in Europe along with Turkey, the United States and Canada. French Interior Minister Bernard Cazeneuve had personally invited his Turkish counterpart, Efkan Ala. Turkey was treated as the “guest of honor” at the meeting, because nearly all European jihadists who fought with the Islamic State (IS) and had returned confessed to first flying to Istanbul, then traveling to Turkey’s southernmost province of Hatay, where they paid smugglers only $50 to help them cross the border into Syria. The firsthand testimonies from the jihadists pointed all fingers to Turkey for enabling their entrance to Syria.

According to the German Interior Ministry, at least 3,000 Europeans are fighting in the ranks of IS. The French also confirm that number and note that a third of them are from France. Cazenevue said the number of French jihadists has increased by 82% since the beginning of 2014. According to French officials, the number of jihadists rose from 555 in early 2014 to 932 by October.

As Sophie Claudet wrote for Al-Monitor on Nov. 12: "What is even more troubling is that France provides the largest number of jihadists of all the Western countries, so much so that one in three Westerners fighting in Iraq and Syria is believed to be French." It seems that the French government has never been more intent in stopping that flow, and one of their greatest concerns has become the "returnees" who might decide to engage in a jihadist home front. For this reason, the French decided to cooperate with Turkey rather than merely criticizing it for failing to stop the European jihadist wannabes, with Cazeneuve traveling to Ankara and personally inviting Ala to the G6 meeting of interior ministers.

Although the French government avoided criticizing Turkey openly, it was Marc Trevidic, the examining magistrate at the Paris Superior Court, who lashed out at Turkey for its failure to crack down on the jihadists traveling from Europe to Syria. Trevidic, who has been specializing in Islamist terrorism for the past eight years, said the main obstacle in coping with jihadist organizations is the porous Turkey-Syria border. In an interview with Radio France Internationale at the same time of the G6 meeting, Trevidic said Turkey’s invitation to that meeting would help press Ankara to take more action. “The threat has been growing and will continue to grow. To be precise, the problem is Turkey,” he said, calling on the Turkish government to stop people from joining IS and other jihadist organizations such as Jabhat al-Nusra.

Ala spoke to the Turkish media following the G6 meeting and called the criticisms “unfair.” He said, “In the meeting we brought clarification to unfair criticisms against Turkey. The allegations were utter speculation.”

So, what could be done to cut the flow of jihadists from Europe to Syria? The interior ministers discussed the sharing of “passenger name records” (PNR) to keep track of the jihadists. Many countries have been sharing their own PNR with the United States since 2010, but European member states do not share their records with each other because of different laws in each individual state.

On Aug. 30, the European Council called on the European Parliament to finalize work on the EU-PNR proposal before the end of the year, with the French and German governments and EU Counterterrorism Coordinator Gilles de Kerchove in support of this project.

The police want access to the EU-PNR list to compare it with the other lists they have of "dangerous citizens" and to expand their intelligence records. PNR contains various information such as travel dates, itinerary, ticket information, contact details, type of payment used and even if passengers order “halal or kosher” meals. A senior police officer told French right-wing newspaper Le Figaro on Oct. 6: "This computer file system consists of information that airlines keep on their passengers … about their name, date of birth, address, passport number or credit card number. Some even provide more sensitive information such as racial or ethnic origin, political opinions, religious or philosophical beliefs, union membership or data concerning health or sexual orientation, even on travel companions and hotel or car reservations. Everything you need to trace terrorists remotely …"

The draft PNR directive was rejected by the Civil Liberties Committee in April 2013. Although the European members of parliament are divided on the issue in the name of “freedom of travel and privacy,” possible threats to the EU countries' domestic security posed by homecoming jihadists bring them closer to accepting it.

As predictions of an early ending to the wars in Syria and Iraq are pretty remote, it is likely that European governments will take more stringent measures and possibly limit certain freedoms, while Turkey is facing increased international pressure to take active steps against foreign fighters.