Following the decision to add the Gulenist "parallel state" to its Red Book of national security priorities, companies with ties to the Gulen movement have suffered huge stock market losses. 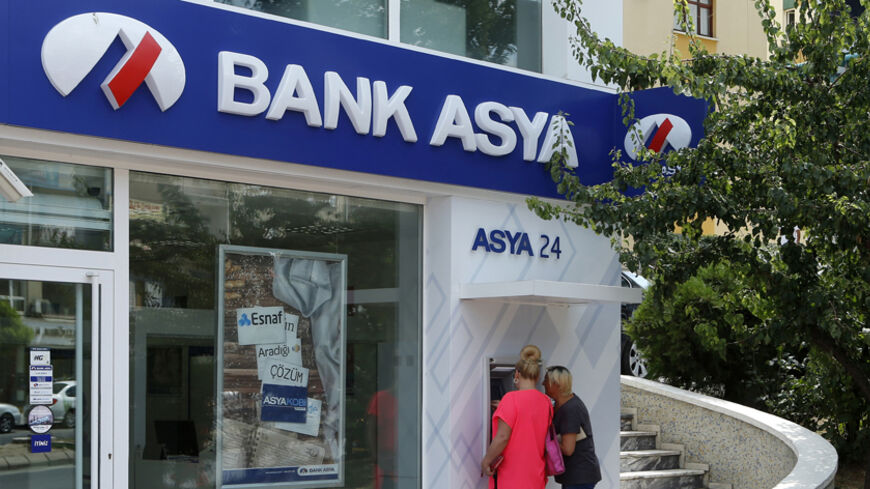 Last week, the Turkish government’s war on the movement led by Fethullah Gulen reached the National Security Council (MGK), the body that shapes the Turkish state’s security policies. Battling the “parallel state,” as the government calls the Gulenists, was the top issue at the Oct. 30 meeting, with President Recep Tayyip Erdogan chairing the MGK for the first time after his election as head of state in August.

The council, which met for 10½ hours in its longest session ever, said in a written statement that a “resolute struggle” would be waged against “internal and external parallel structures engaged in illegal activities in a legal guise that threaten our national security and disrupt public order as well as illegal formations.”

What does this mean? In remarks to journalists on a flight back from Paris last week, Erdogan described the “parallel state” as a “close threat” the council wanted to add to the so-called "Red Book," Turkey’s national security policy document, in 2014, but the move was delayed to 2015 to allow for certain preparations to be completed. According to Erdogan, the MGK's decision to tackle the “parallel state” will be relayed to the government as a “recommendation.” The government, in turn, will submit it to the Council of Ministers and on to the MGK General Secretariat, which will add it to the Red Book.

The Red Book is widely regarded as the state’s secret constitution. It lists the entities seen as a threat to the Republic of Turkey, determining the security targets to be prioritized.

Operations against the “parallel state” are already underway, evoking the judicial onslaught on the military several years ago. And just as the legal bases of the cases against the military turned out to be largely fabricated, the operations against suspected Gulenist police officers seem to have little legal ground. Most of the police officers taken into custody have been released.

Meanwhile, the government’s operations have taken the heaviest toll on businesses with ties to the Gulen movement.

Companies with direct and indirect connections with or just sympathy for the Gulen movement have been under a siege for almost a year now since last December's corruption probes against government officials and businessmen close to the government. Standing out among them is Bank Asya, an Islamic bank that plunged into serious trouble with a state embargo. Major public companies, including Turkish Airlines, stopped working with the bank, withdrawing their deposits. One of the largest state-run banks, Ziraat, at one point considered buying Bank Asya, but the idea was dropped after the government objected on the grounds that it would amount to “bailing out” the bank.

As a result, Bank Asya’s troubles worsened and company shares went into free-fall on the stock market. To keep the bank afloat, Gulen community members rushed to deposit all their savings, even selling personal items such as jewelry, newspaper editors with ties to the community told Al-Monitor.

Yet, even these efforts have failed to ease the companies’ woes. In addition to Bank Asya, the past year has seen a sharp fall in the stocks of Ipek Energy, Koza Gold and Koza Mining, all owned by Akin Ipek, whose companies include the Bugun newspaper and television channel, both known as Gulenist media organs. A year ago, the companies’ shares were worth about twice what they are worth today.

According to the statistics Al-Monitor obtained from IS Investment, following the MGK decision to add the “parallel state” to the Red Book, the shares of companies with ties to the Gulen movement lost between 2% and 8.8% in a single day, Oct. 31. Bank Asya stocks suffered the heaviest blow, closing the day with an 8.8% loss, at 0.72 lira per share. Ipek Energy stocks, meanwhile, plunged 2.29% to 1.71 lira per share, while Koza Mining stock dropped 4.95% to 1.73 lira and those of Koza Gold fell 6.61% to 14.35 lira per share. The downward trend was continuing as of Nov. 5. The depreciation in stocks of companies linked to the Gulen movement stems not from internal financial problems but rather from government pressure and speculation. The companies’ capital and assets seem to be robust. But that’s how things work in Turkey. Such have been the repercussions of the corruption probes about a year on.