With the latest wave of suicide attacks in Jerusalem, Israel faces a security situation that cannot be solved by building fences like the separation wall. 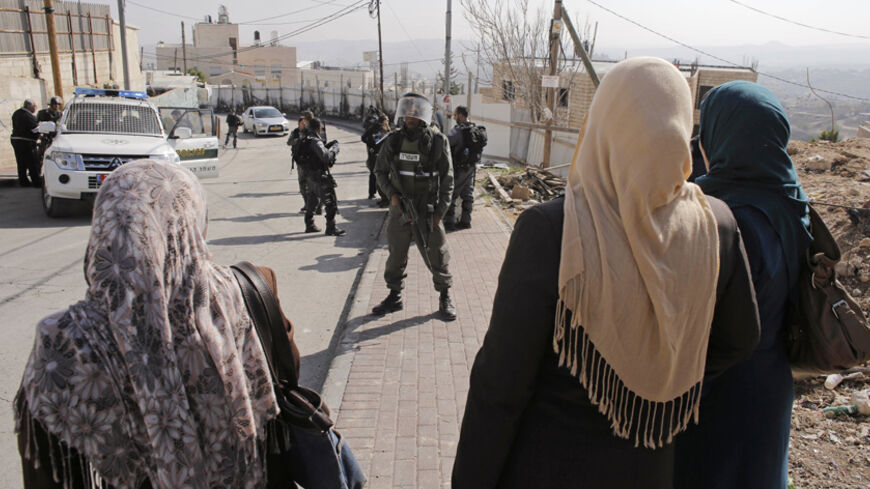 If there was any doubt, it has been laid to rest. The wave of violence — be it called the third intifada or by some other name — has been ratcheted up a level. The Nov. 18 attack on the Bnei Torah Kehillat Yaakov synagogue was not an individual attack by a lone assailant on an impulsive quest for revenge driven by a calling to defend the Haram al-Sharif. Rather, what we saw was a well-planned terrorist attack. Even the US Consulate in East Jerusalem issued an advisory to Americans visiting or living in the city, explaining that the attack on the synagogue in the Har Nof neighborhood was different from the recent “run over” attacks. The statement read, “Today’s incident differs from the recent attacks, potentially demonstrating low-level coordination to attack a pre-identified soft target.” It also recommended precautionary measures one could take.

Indeed, the two terrorists, Rassan Abu Jamal and his cousin Uday Abu Jamal, both from Jabel Mukaber, knowingly embarked on a suicide mission. Both probably knew they would not leave the synagogue alive. Armed not with explosive belts, but axes, guns and knives, Rassan and Uday planned to die as “shahids” (martyrs).

In the aftermath of the attack, the residents of Jabel Mukaber proudly and fearlessly related that many youths are willing to become shahids for Jerusalem. Rassan and Uday might therefore become role models for other Palestinian youths in the city. What is more troubling is the way some residents of Jabel Mukaber as well as in other Arab neighborhoods in East Jerusalem welcomed this murderous attack. As initial reports from the scene began to filter out, residents from the assailants’ neighborhood gave out candy to passersby, praising their homegrown shahids who murdered Jews with knives and axes as they prayed in a synagogue. Local support for the murders and the expressions of happiness in Jerusalem, West Bank towns and the Gaza Strip, whose scope has yet to be assessed, are an ominous sign.

Encouraging young Palestinians to martyrdom (“shahada”), similarly to what occurred in the second intifada, is a sure sign of escalation. Punitive measures, deterrence and counterintelligence cannot stop these youths because they have the moral, cultural and religious backing of their own people. This support conveys a clear message to the youths, the underlying tenet of which is that the good and the brave who sacrifice their lives for their people are held above the rest and awarded eternal life.

During the second intifada, Israel had to cope with dozens of suicide bombers attacking its home front. The defense establishment tried to profile potential bombers in a bid to understand what motivated them to go on missions. It sought to find a “psychological weapon” capable of deterring them. Such a weapon, however, has yet to be found. A person who chooses or is chosen to be a shahid is unlikely to be deterred. What kind of deterrence is there against someone who chooses to die, believing that through his death he will be awarded an eternal life of bliss? Those setting out on martyrdom missions are convinced that they are carrying out a sublime duty and that Allah has chosen them over everyone else to defend his name. This is the reason the families of shahids typically engage in merry ululations similar to those of the families of the men who perpetrated the synagogue massacre.

Demolishing the family homes of those who carry out terror attacks has proven to be an ineffective and nondeterrent punishment. The mission in the name of Allah will always triumph over any such punishment, all the more so now, when the perpetrators of the recent attacks are convinced that they are going to die as martyrs in the defense of Al-Aqsa’s sanctity.

The only successful method of combating the phenomenon of suicide bombers in the past has involved thwarting measures and barricades, namely, the construction of the separation wall (whose meandering outline among the settlement blocs is controversial). The counterintelligence measures deployed by Israel along the barrier aim at making it difficult for would-be terrorists to infiltrate Israel, thereby extending their travel time and giving Shin Bet and the Israel Defense Forces more time to get on their trail.

The issue this time, however, is more complicated. The thwarting measures and barricades developed thus far are impractical in Jerusalem. No longer are we talking about suicide bombers who can be stalled by a fence and roadblocks while making their way from towns and villages in the West Bank toward Israel. Rather, we are talking about residents of East Jerusalem, who live inside the capital.

Jabel Mukaber, Issawiya, Silwan and other Arab neighborhoods in Jerusalem cannot be surrounded by a wall and separated from the State of Israel. Separating them with a wall is not only impractical from an operational standpoint, but it is also problematic from a national perspective. The building of walls around Arab neighborhoods could be considered the first step in drawing up municipal boundaries resulting in the de facto partition of Jerusalem.

Prime Minister Benjamin Netanyahu was unimpressed with the explicit public condemnation of the attack by Palestinian Authority (PA) President Mahmoud Abbas, pointing an accusatory finger at him. Indeed, Abbas condemned the killings, as well he should have, but in the same breath, he linked the attack to baseless and outlandish Israeli acts supposedly carried out on the Temple Mount.

If Israel wants to effectively combat the “second Al-Aqsa intifada,” which has erupted and expanded, it must first recognize its own limitations. With no deterrence or thwarting measures in Jerusalem, it must cooperate with the person it condemns and accuses of terrorism, sometimes only for its own PR purposes.

Netanyahu is fully aware of the benefits of cooperating with Palestinian security forces in the West Bank for the sake of Israel's security; such cooperation's effectiveness has been proven so far beyond a doubt. Cooperation between the PA and Israel could go further than the security realm in the West Bank, extending to psychological mindsets to calm heated spirits on the ground. Instead of denouncing and attacking Abbas, Israel would do well to hold a dialogue with him.

A widely covered public summit between Abbas and Netanyahu could change as well as reduce the noxious atmosphere in Jerusalem. Netanyahu must take charge and take action. It might very well cost him some voters, but it would spare numerous lives. He must act now, before it gets too late.