Reactions have been mixed inside Iran to the announced extension of the nuclear talks as Supreme Leader Ayatollah Ali Khamenei remains defiant. 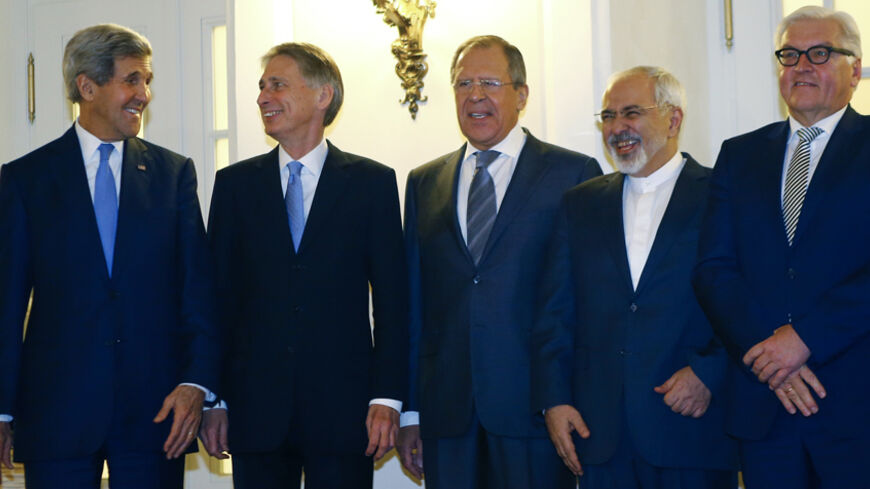 Iran’s Supreme Leader Ayatollah Ali Khamenei, who has the final say on Iran’s nuclear matters, issued his first response since the announcement yesterday, Nov. 24, of another extension of the nuclear talks between Iran and the five permanent members of the UN Security Council plus Germany (P5+1).

At a conference of Muslim scholars and clerics held in Iran to address the threats of extremist groups, Ayatollah Khamenei said, “American and European colonialist countries gathered together to bring the Islamic Republic to its knees on the nuclear issue, but they were not able to, and in the future they will also not be able to.”

Interestingly, that’s all he said on the nuclear negotiations, which have been the top story in Iranian news for the last few months. His other remarks concerned how the United States, European countries and Israel are now in a weaker position than in years past.

After the latest round of negotiations in Vienna, Iran and P5+1, unable to agree on a comprehensive deal, opted to agree on a seven-month extension. Under the terms, Iran will continue its nuclear program at a reduced level and receive $700 million monthly from its own assets that have been frozen abroad. Negotiators were upbeat about the announcement of the extension yesterday.

In a televised interview after the announcement, Iran’s President Hassan Rouhani called the nuclear negotiations a “victory” in that unlike previous years, when world leaders made statements about needing more pressure and sanctions on Iran, “All of the world says that to reach an agreement, we have to put in more time, have more talks, and this is a success.”

Reformist Iranian newspapers, which have been supportive not only of the nuclear negotiations but also of broader engagement with foreign countries, did their best to put on a brave face. Shargh’s top story, headlined “Extension of Hope,” ran with the famous picture of US Secretary of State John Kerry walking away, looking forlorn, from the other negotiators as they were posing for pictures. Etemaad was a bit more upbeat with its top story, headlined “Extension of Diplomacy,” with an image of the nuclear negotiators standing side by side during a candid moment.

Conservative media outlets and figures slammed the extension. “Nothing!” screamed the headline of the stop story of Vatan Emrooz, which is known for its dramatic front pages. The large black print over white, with no image, was subheadlined, “One year has passed since the Geneva agreement. The negotiations to remove the sanctions have not reached a conclusion. Another seven-month Geneva agreement was extended.”

The head of Iran’s Basiij Organization, a hard-line group that answers to the supreme leader, downplayed the impact of sanctions, saying that Iran has natural resources such as gas and oil and adding, "To hell that they didn't reach an agreement. To hell with sanctions.”