Khamenei to Abe: Iran will not negotiate 'under pressure' 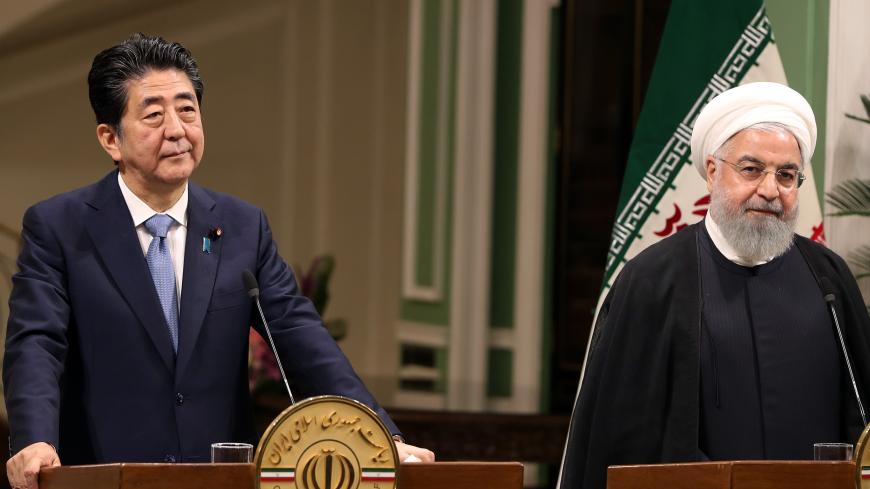 After meeting with US President Donald Trump in the United States, Japanese Prime Minister Shinzo Abe traveled to Tehran to meet with Iranian officials, including Supreme Leader Ayatollah Ali Khamenei, becoming the first Japanese leader to visit Iran since the Islamic Revolution of 1979. Abe had sought to mediate talks between Iran and the United States after the Trump administration exited from the Joint Comprehensive Plan of Action (JCPOA), a nuclear deal between Iran, the European Union and the five permanent members of the United Nations Security Council plus Germany (P5+1).

Khamenei, however, has remained firm in his position that after the United States violated the JCPOA, it cannot be trusted to negotiate another settlement. “The Islamic Republic of Iran has no trust in America,” Khamenei said to Abe. “And the bitter experience of negotiations with America under the framework of the JCPOA will in no way be repeated because no free and reasonable country would accept negotiations under pressure.”

Khamenei added, “Iran negotiated for five to six years with America and Europe within the P5+1 and even reached a conclusion. But America violated this agreement. Which reasonable country would negotiate again with someone who undermines the previous agreements?”

Abe arrived in Tehran specifically to deliver Trump’s message to Khamenei, to which Khamenei replied, “I have no doubt about your good intentions [and] what you quoted from the American president, but I do not see Trump’s character as worthy for exchanging messages and I have no answer for him and will never have one.”

In response to Abe’s message that the United States is not looking for regime change, Khamenei said, “Our problems with America are not the issue of regime change. Even if it had such intentions it is not capable of doing it, just as the presidents of America have tried in the last 40 years to destroy the Islamic Republic have not been able to.”

Khamenei added that if Trump had the ability to change the regime in Iran he would have tried.

He continued that the United States is in no position to decide who gets to have nuclear weapons because it has thousands of nuclear warheads.

Khamenei rejected Abe’s message that Trump said the United States is ready for “honest negotiations” with Iran. “We do not believe this,” Khamenei said. “There can be no honest negotiations with someone of Trump’s character. Honesty among American officials is scarce.”

Khamenei also said that former President Barack Obama was the first to undermine the JCPOA.

He added, “Suspicious doesn’t begin to describe what likely transpired this morning.”