Khamenei not opposed to nuclear extension

In a speech, Iran's supreme leader has said that he supports the extension on the nuclear talks but slammed the countries involved in the negotiations. 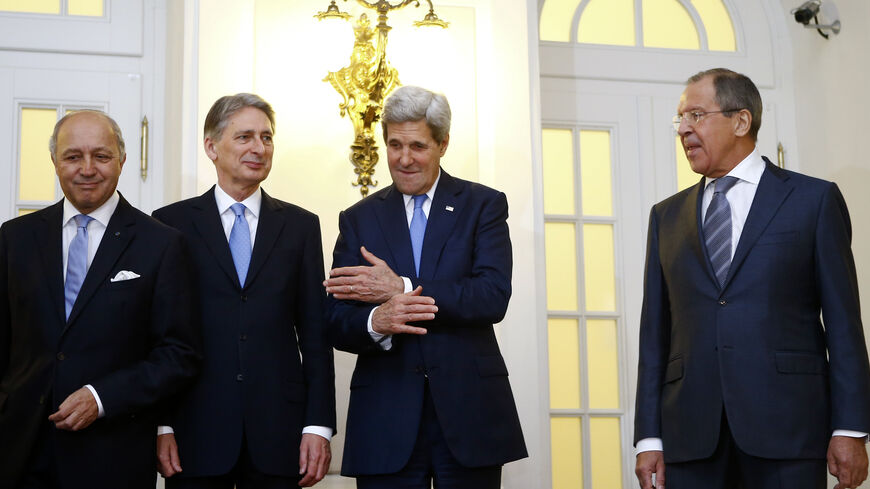 Iran’s Supreme Leader Ayatollah Ali Khamenei, who has the final say on Iran’s nuclear program, addressed in detail the latest extension on the talks between Iran and five permanent members of the UN Security Council plus Germany (P5+1), during which Iran has maintained a reduced nuclear program in exchange for the unblocking of frozen assets.

He praised Iran’s nuclear negotiators, led by Foreign Minister Mohammad Javad Zarif, for being “hardworking and serious” and said, “Unlike the opposing side, they work logically.”

He went on, “The opposing side, primarily America, every day says something. In private meetings and letters they speak one way and in public speeches they speak another way. Today they say something, the next day they take it back.”

Ayatollah Khamenei said, “Because of [the United States'] domestic problems … they are forced to speak one way here, another way there. Our delegation is not like this.”

Of the P5+1 countries, he said that the United States “is the most ill-mannered and the most cunning is the British.”

He said that if Iran and P5+1 fail to reach a comprehensive deal, “We will not be the ones to be harmed the most. It will be the Americans.”

Ayatollah Khamenei called the nuclear negotiations one “excuse,” among others, to prevent Iranian progress. He called economic pressure and sanctions one of the methods that Western countries are using against Iran to prevent the country’s progress.

He also addressed US President Barack Obama’s declining ratings and the low voter turnout in the last US elections, saying that it showed a lack of trust in the American political process. He also addressed that latest police shootings there and said that according to US statistics, police have killed over 400 citizens.

Citing these problems, he argued that the United States “needs a big success” in the negotiations, but that Iran does not. He quoted an Iranian negotiator who said that if there is not a nuclear deal, “the sky will not fall.” He added, “We will not be harmed the way they imagine.”

Ayatollah Khamenei said that there are other paths, such as "resistance economy," which will focus on domestic production and innovation.

He criticized the P5+1 for calling themselves the “world community” and said, “A few arrogant countries like the US, UK and France” are not the "world community."

He went on to say to the P5+1, “We don’t need you to trust us. Your trust in us has no significance, and we don’t trust you guys.”

On Israel, Ayatollah Khamenei said, “Whether there is a nuclear agreement or not, it will not guarantee Israel’s security.” He added that security for Israel is not the prime US concern, but actually “to keep satisfied the network of Zionist investors, which has their lifeline in its hands. This is their issue.”