The continued settlement policy of Israeli Prime Minister Benjamin Netanyahu might drive the United States to reduce its diplomatic support of Israel, thus damaging its strategic security interests and ability to respond to security threats. 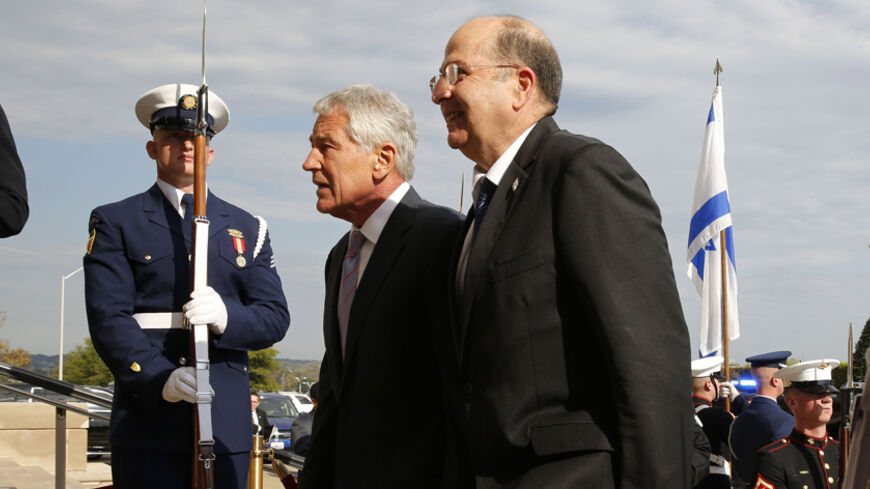 We are today at a historic low point in the strategic relationship between the United States and Israel. This strategic relationship has not been shaken this much since President John F. Kennedy’s letters to Israel's first Prime Minister David Ben-Gurion in the early 1960s questioning Israel’s nuclear program. What the nuclear plant in the town of Dimona did then, the East Jerusalem Arab neighborhood of Silwan and housing for settlers have done now.

A senior State Department source told Al-Monitor that the US administration is considering a policy change toward Israel. On one side, the security cooperation will only be enhanced, but on the diplomatic side, Washington is seriously contemplating not vetoing UN Security Council resolutions on the settlements. Simultaneously, Washington might not restrain EU members from taking punitive measures regarding settlements, such as enhancing the boycott on Israeli businesses active beyond the Green Line.

The administration is convinced that Israel's Prime Minister Benjamin Netanyahu is not a partner to the peace process and not a credible partner for US-Israel relations. His fingerprints in favor of conservative Republicans have been clearly visible these last few years.

This shift in policy may have serious repercussions for Israel. Israel’s status within the Middle East, as well as in Europe, stems greatly from the international perception of the strong Washington-Jerusalem alliance. It is by no coincidence that the Swedish formal recognition of the State of Palestine on Oct. 30 came just two days after Jeffrey Goldberg's publication of a quote virulently criticizing Netanyahu. Spain may be next in line and the European Union, so I'm told by European diplomats in Brussels, is planning yet more strong denunciations of settlements. According to these diplomatic sources, the EU is examining its legal agreements with Israel to ensure that no settlement will profit from them.

The United Kingdom, Germany and France are coordinating a firmer involvement on the settlement issue, now that the new high representative for foreign affairs, Federica Mogherini, has taken office.

The Arab world, watching the denunciations of Netanyahu in the American press, smells blood in the water. This may affect Israeli relations with Egypt and Jordan. Senior Palestinian sources from Ramallah told Al-Monitor, “We are glad the Americans finally see the light when it comes to Netanyahu.” Yet, the Palestinians do not believe that these American views will lead them to re-engage in a peace process; the contrary is probably true.

This constitutes a major crisis for Israel: losing US and European support, and risking a crisis with Egypt and Jordan.

Until Nov. 4, 1995, things were different. When President Bill Clinton came to Prime Minister Yitzhak Rabin’s funeral and bid farewell to his close friend, he naturally shared all elements of the deep, strategic partnership with new Prime Minister Shimon Peres. The bilateral relationship was then at an all-time high. The United States was an enthusiastic supporter of the Oslo process and an engaged partner in mediating peace with Syria. Clinton and his peace team did not need to encourage or lecture either Rabin or Peres on peace. They bore, and also expressed, the highest esteem for the courage of the Israeli leadership. Not only was the peace process not imposed on Israel, it was an Israeli initiative. Israel had recognized the PLO and Rabin had expressed willingness for a full withdrawal from the Golan Heights. Rabin and Peres understood that security cannot be measured only by the number of tanks, but also by the quality of international relations, primarily, relations with the United States.

It took 19 years to move from the high point of these relations to its nadir, and from an active Israeli peace policy to an active settlement policy.

While political circles in Jerusalem accelerate this already grave deterioration in relations in accordance with internal electoral considerations — Economy and Trade Minister Naftali Bennett is having a field day on this slippery slope — the Israeli security establishment is seriously concerned with the current state of affairs. Senior defense officials told Al-Monitor that while the military level will unquestionably abide by the political level, they continue to fear the negative repercussions of the US-Israel relationship crisis on Israel's security.

They worry of a possible intifada scenario, where the Israel Defense Force's field of reaction in the West Bank and East Jerusalem might be curtailed by the United States. Also, in the case of another military confrontation with the Gaza Strip or Lebanon, it is doubtful, in their eyes, whether Israel will have a free hand to respond, as it had in the last Gaza operation.

Enthusiasm among high-ranking Israeli officers about settlement expansion is very limited, to say the least. These concerns were equally reflected by 106 retired Israeli generals who signed a petition Oct. 31 in Israel’s largest newspaper, Yedioth Ahronoth, calling on Netanyahu to endorse a concrete two-state initiative.

The prime minister, it seems, is not taking these concerns seriously. He is mesmerized by the next elections and is already creating a new “shadow government” with the right wing and the ultra-Orthodox that would serve under him in a fourth term. He is deaf to the criticism of Washington and to warnings of colleagues. “A good politician and a disastrous statesman,” in the words of a frustrated Likud Knesset member.

Yitzhak Rabin was the opposite. He sacrificed political popularity for Israel’s main strategic interests: peace and a good relationship with Israel’s No. 1 strategic ally.