On this year's anniversary of Yitzhak Rabin's assassination, Israelis should rethink their national priorities going forward. 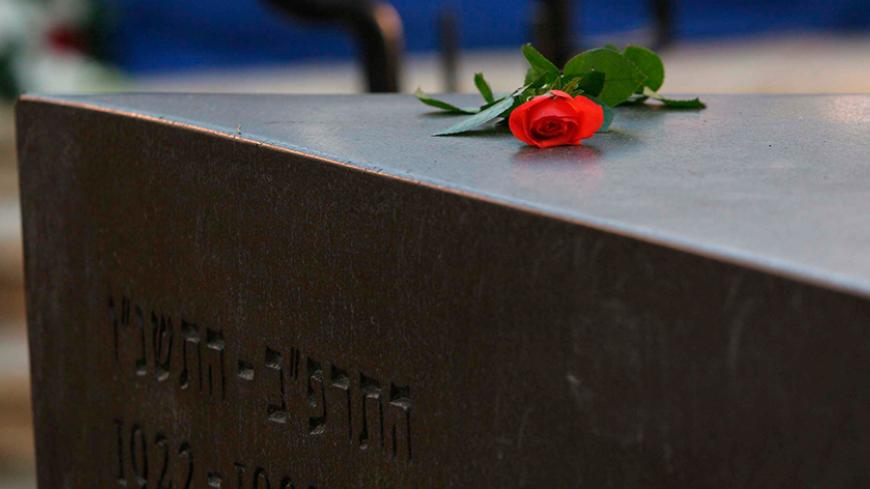 A rose lies on the grave of former Israeli prime minister Yitzhak Rabin, who was killed by an ultranationalist Jew in 1995, during the annual memorial ceremony at the Mount Herzl cemetery in Jerusalem, Nov. 10, 2008. - REUTERS/Brian Hendler

In the annals of Israeli history, Nov. 4, 1995, is a date that will be remembered for the most dramatic and significant breakdown in the state's democracy. The assassination of Yitzhak Rabin was a watershed moment: An Israeli assassin killed an Israeli prime minister to change Israeli policy and history. Twenty years later, one can say that the assassin Yigal Amir succeeded. He killed a leader, and along with him, his policies.

Rabin rose to power in 1992 hoping to bring about historic change and to alter the order of Israel's national priorities. Rabin was determined to make a long-awaited decision on a century-old dilemma: Should Israel aspire to a land stretching from the Jordan River to the Mediterranean (and lose its Jewish and democratic character) or opt for a two-state solution (and lose part of the land under its control)? This debate had long polarized the Zionist movement and the newborn State of Israel, dividing people between the right-wing, pro-“Greater Israel” revisionists and the left-wing Labor Party movement, which opposed ruling over another people.

Early on in his tenure — together with his former political foe, Shimon Peres, who in 1992 became Rabin's political partner — Rabin decided in favor of the two-state solution. In September 1992, as Peres recounted to Al-Monitor, the two statesmen met at Rabin's home to mend fences and to decide on a modus operandi and division of tasks between the prime minister and his foreign minister. Rabin would be in charge of bilateral negotiations with the Palestinians, Jordan and Syria, and Peres would take on multilateral peace talks for cooperative relations in the region. Peres would also be involved in the bilateral Palestinian track. At the end of the meeting, the two men agreed, as Peres recounted, “It is time to make the difficult decisions on peace and land in order to spare the young generation the sufferings of conflict.” Several months later, the Oslo talks were underway, born in coordination between the two leaders.

In the end, Peres and his team led the way to and during Oslo. Rabin focused more on negotiations with Syria through US mediation, but was in the know from the beginning of informal Oslo talks and closely monitored the formal talks beginning in May 1993.

For Rabin, the Oslo process had important regional security repercussions. He believed that the greatest threats to Israel emanated from the periphery of the region — namely, Iran and Iraq — not from Israel's closest geographic neighbors, because of the extremist nationalist and religious sentiments prevailing there and the proliferation of sophisticated long-range missiles. The strategy Rabin envisioned was to create a coalition of interests at the core of the region, with Egypt, Jordan and the Palestinians. For that, the Palestinian issue had to be tackled through their legitimate representation, the Palestine Liberation Organization (PLO). Rabin's motto was, “Peace you make with your enemy,” and while there was no love lost between him and PLO Chairman Yasser Arafat, Rabin treated the Palestinian leader with respect and took his interests into consideration.

In parallel, Israel's international position also dramatically improved. Relations with the United States reached an all-time high. The Bill Clinton White House was in full partnership on all the peace and security issues of the day. In 1995, informal talks were held in Washington on a possible Israeli-US defense pact. Israel's relations with the European Union, China, India and virtually the entire international community improved significantly. This had positive ramifications for Israel's international trade as well as investments in Israel's blooming high-tech industry. The Rabin government could then invest more resources in the Israeli periphery and in the Arab sector instead of the settlements.

Rabin's assassination and Benjamin Netanyahu's ascent to power in May 1996 brought an end to these policies and to the new strategic direction that Israel had embarked upon. Amir had killed Rabin to put a stop to his policies, and Netanyahu later obliged in his opposition to Oslo. Netanyahu refused to implement the accords and avoided the permanent status talks that had formally begun in April 1996.

Today, 20 years later, not a shred is left of the policy outcomes of Rabin's era: The peace process is dead. Relations with the United States are at an all-time low. Israel is more isolated internationally than ever, its economy is in crisis, and its democracy is endangered by legislation, policies and rhetoric that undermine the rights of the Arab minority and curtail freedom of speech, a value held sacred in Rabin's time.

Can the Rabin legacy be revived? Yes, it can, by returning to a similar ideology and policies. This seems unlikely at the moment, but with time, Israel will have to choose between living in line with Rabin's legacy or following the legacy of Amir.