The secretary of Iran's Supreme National Security Council has said that some of President Barack Obama's letters have received responses. 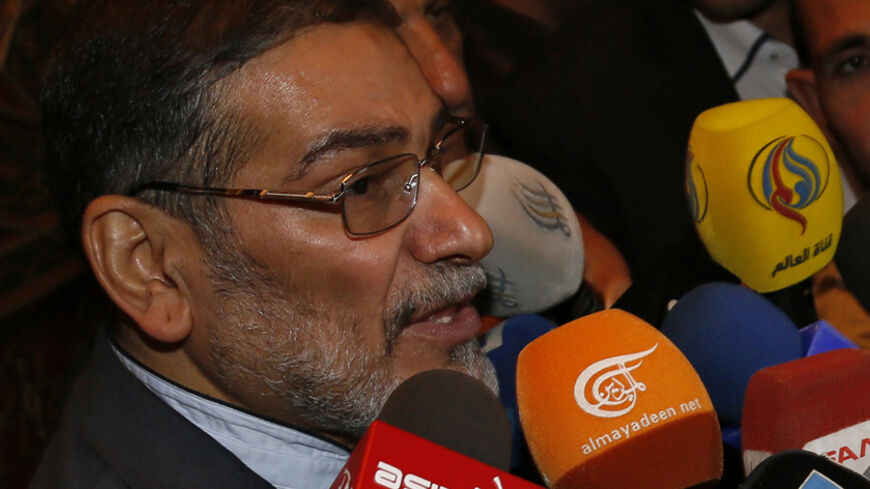 The secretary of Iran’s Supreme National Security Council, Ali Shamkhani, acknowledged not only that US President Barack Obama had written letters to Iran’s supreme leader, but also that there have responses to some of them.

“The letters of the American president have a history of some years, and in some instances, there have been responses to these letters,” said Shamkhani Nov. 12 at a weekly meeting of national security officials.

Shamkhani, who served as defense minister from 1997 to 2005 and is now Supreme Leader Ayatollah Ali Khamenei’s representative to the council, did not elaborate on which of Obama’s letters received a response, in what form or from which official. From summer 2009 to October 2014, four letters were reported to pass from Obama to Ayatollah Khamenei.

He reiterated that in the current nuclear negotiations, Iran “would not accept anything beyond the Non-Proliferation Treaty,” describing some of the requests of the International Atomic Energy Agency as being beyond the treaty, particularly on visits to military sites.

Shamkhani was also very critical of US Middle East policy and Israel’s influence on it, saying, “Unfortunately, America’s policies in the region are managed through the Zionist regime, and this regime has used every tool to humiliate America.”

According to Shamkhani, if a “list of the costs” the United States has paid for Israel were presented to the American people, “It’s not likely that the US would continue this unbridled support.”

Shamkhani said that US criticism of Iran’s offer to send arms to the Lebanese army shows that the country desires instability in the region, adding, “Without a doubt, this cannot be assessed outside of their policy to support the Zionist regime and to keep Lebanon’s army weak.”

During a visit to Lebanon in September, Shamkhani announced that Iran would provide its military with weapons to fight terrorism. The United States threatened to cut off aid to Lebanon if it accepted Iran’s offer.

Shamkhani also said that Israel’s influence is the “primary reason” for the slow rate of the nuclear talks, as the United States feels an “absolute commitment to satisfy” Israel. He said that the “continuation of this policy” will create obstacles in reaching a nuclear agreement.

In Syria, Shamkhani said that the only solution is to strengthen security and have all the Syrian sides engage in talks. He added that the first step is to “create calm, prevent the entrance of foreign terrorists into Syria and cut the financial and military support of terrorists."