US tries to head off Israeli-Palestinian 'Al-Aqsa war'

While right-wing settlers and extremist Palestinians ponder a ''war of zealots,'' the Obama administration considers a tactical deal, including an Israeli settlement freeze in exchange for Palestinian security cooperation and no unilateral moves at the UN. 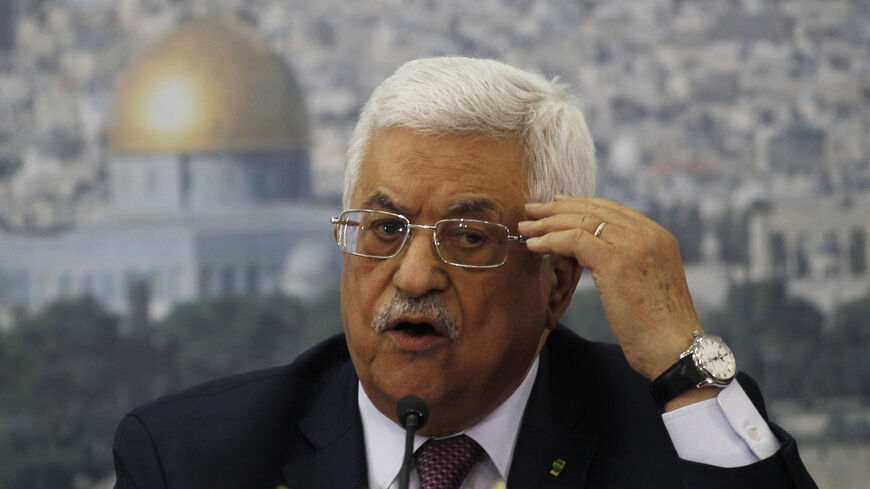 A source close to President Mahmoud Abbas told Al-Monitor that the Palestinian president was committed to preventing a third intifada. "It's not in his interest," the official said. "This crisis is not only about Israel, it is also about ruling in Palestine. Hamas intends to inflame an intifada using religious content: saving Al-Aqsa from the Jews. Our real struggle today is with them. A religiously tainted intifada could turn against Fatah. [Prime Minister Benjamin] Netanyahu is playing into the hands of Hamas by appearing to dictate the level of security cooperation; he makes Abbas look like a Palestinian Quisling. That security cooperation cannot last for long, since it is losing public legitimacy."

The Palestinian official said that the common interest of preventing massive bloodshed could only be translated into a real, enhanced security cooperation that also would affect East Jerusalem if there would be a sense of "quid pro quo," meaning strengthening the status of the Palestinian leader. "Here is what is possible," he said, "a full settlement construction freeze of six months in return for full security cooperation, a strong hand against the incitement to violence prevalent in the Palestinian media and social networks and no unilateral moves at the United Nations."

An Israeli security official knowledgeable on the West Bank expressed to Al-Monitor serious concerns over the situation spiraling out of control. "A religiously tainted intifada is possible, and could lead to unprecedented doomsday scenarios," he warned. "Imagine today a hand grenade thrown at the Al-Aqsa Mosque compound or near the Wailing Wall."

This, in his view, would instigate a regional "Al-Aqsa war," with the use of weapons by Palestinians in East Jerusalem, and missiles fired by Hamas from Gaza and by Hezbollah from Lebanon. Yet, he also warned against talking openly and excessively of a religious war: "We know who the culprits on both sides are; this is not about 1.2 billion Muslims and 15 million Jews."

He is right — the dangerous confrontation we might soon be facing is a war of zealots, not of religions. This confrontation, it seems, has been already well deliberated by the decision-makers in Gaza, on one side, and within the settlers' circles on the other. In their eyes, it is the war to end all peace. Both Hamas political bureau chief Khaled Meshaal and Israeli Economy and Trade Minister Naftali Bennett must know that a bloody clash over Jerusalem could have such an emotionally traumatic effect on both peoples that any talk of a two-state solution in its aftermath could be buried for a very long time. They are outflanked by even more extreme religious zealots, from jihadists to Temple Mount activists.

These forces are thriving because of the weakness of the pragmatists and the failure of the peace process. US Secretary of State John Kerry warned the two parties of such scenarios just before the collapse of the talks. He also warned of deterioration in Egyptian and Jordanian relations with Israel, and of European punitive measures against settlements. The secretary of state was right on all accounts. Yet, Netanyahu and Abbas preferred to sleep with the devil — Bennett and Hamas — rather than compromise with the enemy.

This may be one of the most dangerous points in Israel's modern history.

Yet, the Israeli prime minister is hypnotized by the next elections. He rhetorically promotes his "I told you so" campaign. He tells Israelis that Abbas is inciting terror (contrary to the opinion of the head of the General Security Service), that Arabs are not to be trusted as equal citizens (as in the nationality bill), that President Barack Obama is anti-Israeli and that the Europeans are borderline anti-Semitic. With time, he almost becomes brainwashed by his own propaganda. He creates and talks about threats and dangers, to which he believes that he is the only answer. A deal of any kind with Abbas is out of the question.

According to sources in the US State Department, Kerry might have a chance to intervene at some point, pursuing his talks with Abbas, Netanyahu and Jordanian King Abdullah. The American desire to pursue this is restrained, but events on the ground may force American diplomacy into action. Then, these sources claim, the minideal suggested by some Palestinian officials — a settlement freeze for security cooperation and no unilateral moves at the UN — could be on the table.

The American concern goes hand in hand with European warnings to Israel that any further construction in sensitive areas in East Jerusalem would lead to punitive EU measures against Israel. A senior European ambassador told Al-Monitor, "The problem and the solution lie with the settlements."

In case no deal with Abbas is possible, and taking into account Netanyahu's position, one can be fairly sure that the sporadic violence will continue to deteriorate. Unlike previous intifadas, today's violence will, according to Fatah sources, lead to a direct confrontation between Palestinian youth and settlers. It may carry the motto of Al-Aqsa, but it concerns much more the prevention of a creeping land annexation in Palestinian eyes, not only in East Jerusalem, but in the West Bank as well.

by Murielle KASPRZAK and Joseph SCHMID | AFP | May 26, 2022
END_OF_DOCUMENT_TOKEN_TO_BE_REPLACED