Yemen has become a stage for the conflict between Iran and Saudi Arabia on religious, economic, political and military levels. 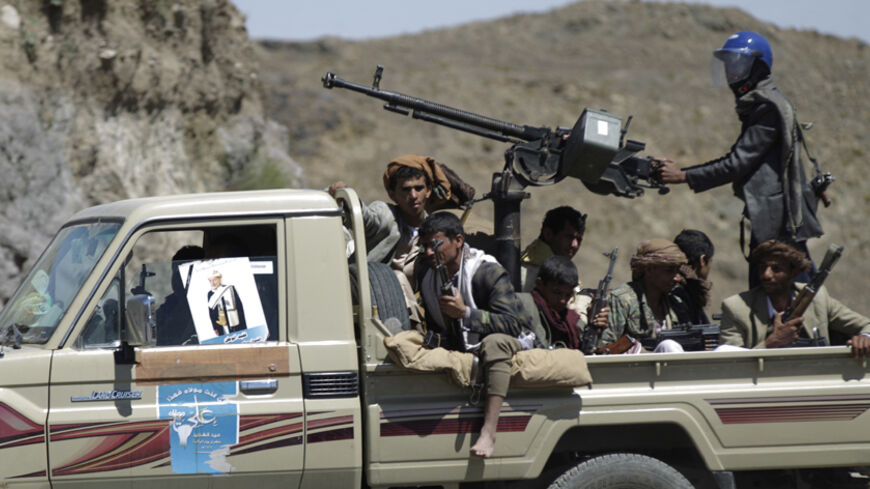 Shiite Houthi rebels ride a patrol truck in the town of Yareem in Yemen's central province of Ibb, where Houthi fighters clashed with supporters of the Sunni Muslim Islah Party, Oct. 22, 2014. 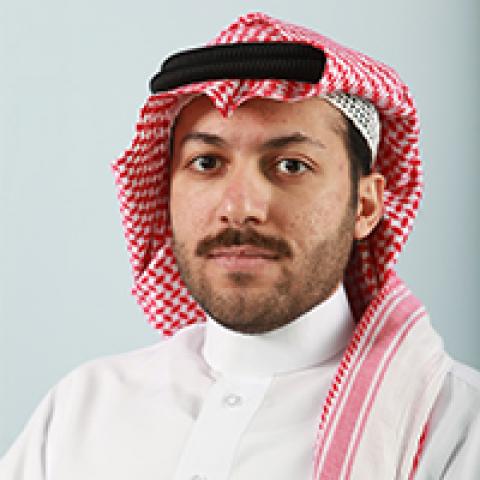 One can only approach the situation in Yemen by understanding the stakes and objectives of the parties involved, as well as by looking at the latest changes in the country as part of the chaotic political and military developments of the region. Based on local and regional factors, one can understand the complicated Yemeni situation without attempting to explain the political events in Yemen through the sectarian vision.

The political map in Yemen changed following the youth revolution in February 2011. Yemeni President Ali Abdullah Saleh, who ruled Yemen for 33 years until February 2012, was forced to leave office in the framework of the Gulf Initiative, which was seen as a Saudi initiative on a wider scale since the Saudi crown prince was present when the Yemeni parties signed it.

One can say that Saleh stepped down because of the increasing popular protests, the worsening economic situation and the support for the revolution by a number of Yemeni tribal sheikhs, such as Amin al-Akimi, head of the Bakil tribe conference, and Hashed tribal federation Sheikh Sadiq al-Ahmar. This created divisions within the tribes rather than fully mobilizing them with the revolution, as was expected. Although Saleh has stepped down, he remains involved in the political scene amid his alliance with the Houthis, to confront opponents from his presidential days, especially from the Ahmar family.

Thus, the Yemeni political scene is more complicated than it might seem at first glance. However, there is no doubt that the changes in Yemen occurred in light of the regression of interests of Saudi Arabia’s traditional allies such as the Ahmar family, while the Houthis still advanced — especially Ansar Allah, the military wing of the Houthi movement, which has close ties to Iran. This has resulted in further complications, making Yemen a platform for regional conflicts, now more than ever.

Perhaps the Houthis' invasion of Sanaa on Sept. 21 was the biggest change. By taking over the homes of the Ahmar family and the weapons of the 1st Armored Division, headed by Ali Mohsen al-Ahmar, the Houthis launched a new era in Yemen, where the Saudi influence is diminished and Ansar Allah are politically recognized as the most prominent Houthi bloc. This recognition was realized by considering the Houthis as a main element in the National Dialogue Conference and selecting a Yemeni vice president from the Southern Mobility Movement (SMM), which was one of the most important items of the peace and national partnership agreement. This agreement was signed by those that had a part in the Yemeni political crisis, while the Houthis invaded Sanaa.

These developments make the Houthi movement more powerful than they used to be on both the political and military levels, in light of the lack of efforts to fight al-Qaeda in Yemen, in cooperation with the US government and the increasing demands to separate South Yemen from North Yemen.

The challenges of the situation in Yemen are accompanied by bigger regional complications. There is severe regional competition between Iran and Saudi Arabia over influence in the region, including Yemen. This Iran-Saudi competition is manifested on religious, economic, political and military levels. On the religious level, Muslims see Saudi Arabia as the leader of the Islamic world and host to the two holy mosques. However, Iran is trying to compete with Saudi Arabia over this religious legitimacy, by waving the banner of support for vulnerable Muslims around the world through the principle of “exporting the revolution,” which was announced by Ayatollah Ruhollah Khomeini, as well as by adopting the fight against Israel in the region.

Then there is the competition for political influence between Iran — perceived as Russia’s ally — and the Gulf states, and Saudi Arabia in particular, as allies of the United States. The US-Saudi relationship was recently crowned by the international alliance to fight the Islamic State (IS), led by the United States, of which Saudi Arabia is an important member.

In terms of the economy, Iran and Saudi Arabia are competing by adopting different oil policies. Iran supports the high oil prices to fund its expansion in the region, while the Saudi vision of the oil market is moderate. Some analysts see the decrease of oil prices on the international market as a move by Saudi Arabia that aims at economically cornering Iran and weakening its influence. This makes the decrease in oil prices a Saudi reaction to Iran’s expansion in Yemen, especially after the Saudi foreign minister, Prince Saud, stated that Iran is part of the problem in the region and not part of the solution.

The most important platform for Iran and Saudi Arabia is not on the religious or economic level, but rather the military level on the ground. Tehran has a quasi-absolute influence on the political regimes in Iraq and Syria, as well as a strong ally in Lebanon, represented by Hezbollah. The Iranian president’s adviser, Ali Akbar Velayati, publicly announced his country’s support for the Houthis, as well as the fact that Ansar Allah’s role in Yemen resembles that of Hezbollah’s role in Lebanon.

These challenges to the local Yemeni scene, in addition to the regional Saudi-Iran conflict, will limit Saudi Arabia’s options in Yemen in the near future. Saudi Arabia is still relying on its traditional tribal allies in Yemen, as well as weakening Iran regionally and defeating it in Syria, rather than trying to intervene directly in Yemen. This is happening in light of Saudi Arabia’s fight against IS, which represents a bigger threat to Saudi security than the challenges that Yemen is facing. 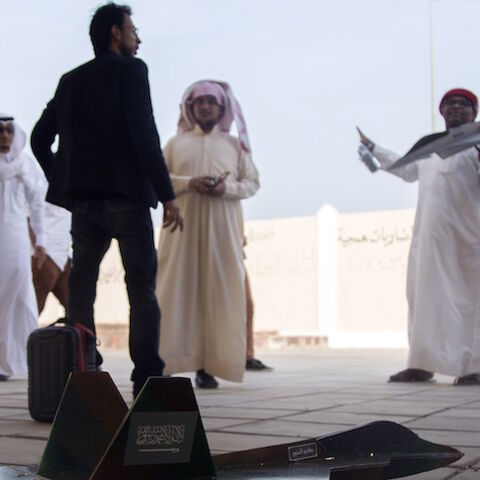