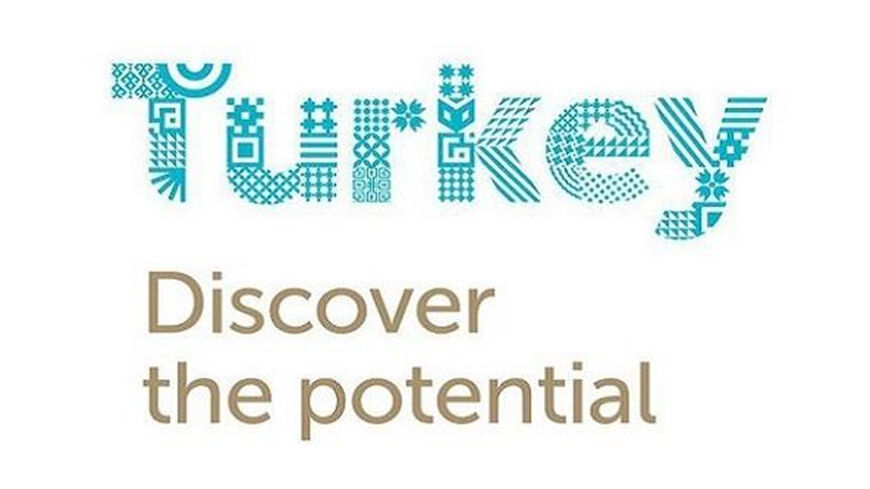 The Prime Ministry's Office of Public Diplomacy (PDO) announced on its website Sept. 28 that President Recep Tayyip Erdogan had revealed Turkey’s new logo and slogan, “Discover the Potential,” saying, “In humanitarian and emergency aid Turkey ranks third in the world now, following the United States and the United Kingdom.” Cemalettin Hasimi, the coordinator of the PDO, shared the news on his Twitter account, adding that Turkey is hosting 1.5 million refugees. The question is whether Turkey’s reputation in the international arena benefits from the governments media machine in light of the country's political, social and financial challenges.

A quick look at Hasimi’s Twitter account, as well as that of the PDO and its website, begs the question whether Turkish public relations works toward strengthening Turkey’s global image or rather support Erdogan and the Justice and Development Party’s (AKP) reputation domestically. Many pundits are saying that Turkey is becoming further isolated in international politics.

The change for the worse of the Turkish image is not only validated by the pundits’ personal views. For instance, a Pew Research Center's survey in July indicated that the support for Erdogan by the public in Middle Eastern countries surveyed — Turkey, Jordan, the Palestinian occupied territories, Lebanon, Tunisia and Egypt — has plummeted in just one year. Similarly, in 2012, Erdogan was listed as one of the top five foreign friends of US President Barack Obama. Yet, for Erdogan's presidential inauguration ceremony on Aug. 28, Obama sent Jess Baily, charge d’affaires of the US Embassy, to represent the United States.

It is clear that Erdogan and his administration’s angry outbursts toward foreign media outlets such as The New York Times and Der Spiegel do not contribute to the image the AKP government strives to portray abroad. How was Turkey's reputation ruined for pundits now to debate whether the country should be kicked out of NATO? How did Erdogan's global popularity change to that of an angry authoritarian leader?

Efe Sevin, professor of communications at Istanbul's Kadir Has University and a public diplomacy expert, told Al-Monitor, “Turkish public diplomacy can be classified as reactionary. When a problem arises, Turkey jumps in to contribute quite a bit of effort and money. Somalia and Sri Lanka are the best examples of Turkey’s haphazard aid diplomacy. However, Turkey yet lacks a grand strategy of how to reach out to the foreign public and explain to them what Turkey is all about, its morals and its principles.”

Sevin said, “In the last four or five years, Turkey has had plenty of opportunities such as the Gezi protests, the Arab Spring and now the Kobani protests; yet, Turkey has not been able to explain itself adequately abroad. The masses observed that there was no principled or consistent Turkey to trust. When one looks at each of these events, one can pinpoint the groups that lost trust in Turkey [read Erdogan] one by one. With the latest crisis in Kobani, we can see Erdogan’s popularity in the Middle East slump further.”

The AKP government has invested heavily in presenting itself to foreign audiences. The PDO is not the only agency that is responsible for communicating Turkey’s policies to different publics. There is a lack of central authority to coordinate these efforts. “The PDO is a young office and does not fall under the Foreign Ministry, but the Prime Ministry. Turkey lacks a solid strategy for public diplomacy; therefore, we really cannot talk about any successful achievements,” Sevin said.

Suat Kiniklioglu, a former AKP member of parliament-turned-critic and a senior fellow at the Center for American Progress, told Al-Monitor, “The Turkish government’s public diplomacy efforts have been seriously hampered since the Gezi Park protests have demonstrated Erdogan’s authoritarian streak, and Ankara’s failing Syria policy has dampened regional perceptions about Turkey’s capacity to reach its objectives. The positive story of democratization under a conservative government lavishly entertained until 2011 was destroyed by Gezi and its aftermath.”

Analyzing open source data reveals some unique points about the Turkish PDO. When comparing the English-language Twitter accounts of the Turkish PDO (@TROfficeofPD) with its Pakistani counterpart (@PakDiplomacy), for instance, one observes that while the Turkish PDO tweets mostly statements from AKP elites and their official engagements, the Pakistani Twitter account focuses simply on what Pakistan does, and is naming mostly names of successful civilians contributing to Pakistan’s image. A seasoned journalist from a conservative pro-AKP daily, who asked to remain anonymous for fear of retribution, told Al-Monitor, “Now that there is a new prime minister, maybe there will be a shuffle of employees. We must give it some time.” That said, he agreed that the PDO tweets read more like AKP election campaign messages.

The PDO's aim to explain Turkish accomplishments to foreign audiences and promote AKP’s elites is what troubles even AKP supporters. On a bureaucratic note, we must acknowledge that the priority of AKP members first and foremost seems to be to defend Erdogan in public as loudly and as visibly as possible. Those who do so get promoted. Perhaps that is why Gozde Kiriscioglu, a PDO field expert, tweeted from her personal account on June 11: “My country’s intellectuals who cannot differentiate [Jabhat] al-Nusra from Fatih district shopkeepers [known to be a conservative district of Istanbul], the Free Syrian Army from Kurdish fighters and who assume all bearded men are members of the [Islamic State], shut up already!"

Although Kiriscioglu may have a valid point, is her choice of words the best for a PDO employee? When Al-Monitor asked pro-AKP pundits about such tweets, they answered that the PDO is just trying to prove their loyalty to Erdogan.

The incompetence of the PDO is coupled with unethical practices of the pro-AKP press. Several unfortunate fiascoes have hurt Erdogan’s image abroad. For instance, in August 2013, Yeni Safak published a fake interview with world-renowned scholar Noam Chomsky. As the interview was translated from Turkish to English using Google Translate, embarrassing statements were manufactured. To this day, Turkophiles all around the globe joke about life being “milkport” (a direct translation of Turkish colloquialism for "tranquil"). On June 18, another pro-AKP daily, Takvim, published a fake interview with CNN’s Christiane Amanpour, where she confessed, “We did it all for money.” In the heat of the Gezi protests, this was to convince the Turkish public that it was a grandiose international conspiracy against Turkey. Amanpour immediately tweeted: “Shame on you @takvim for publishing a fake interview with me.” Her tweet was retweeted more than 16,000 times, yet Takvim’s fake interview is still available on its website.

The pro-AKP media relentlessly tries to put a positive spin on Erdogan's unfortunate moments. The latest example is Erdogan's speech at the UN General Assembly in September. Only a handful of delegates was left in the large hall when Erdogan spoke and all major international news networks shared this image. However, the pro-AKP media skillfully cropped the image to make it look like Erdogan addressed an audience larger than it was in reality.

It appears, however, that Erdogan’s men have almost given up on sustaining his popularity abroad. After all, it may be easier to blame it all on the “envy lobby” — those mysterious powers working to tarnish Erdogan’s reputation because they do not wish to see Turkey achieve its potential.