Russia's role in the fight against IS

Russia's complicated role in Syria means that it supports defeating the Islamic State, but not by tipping the balance against the regime. 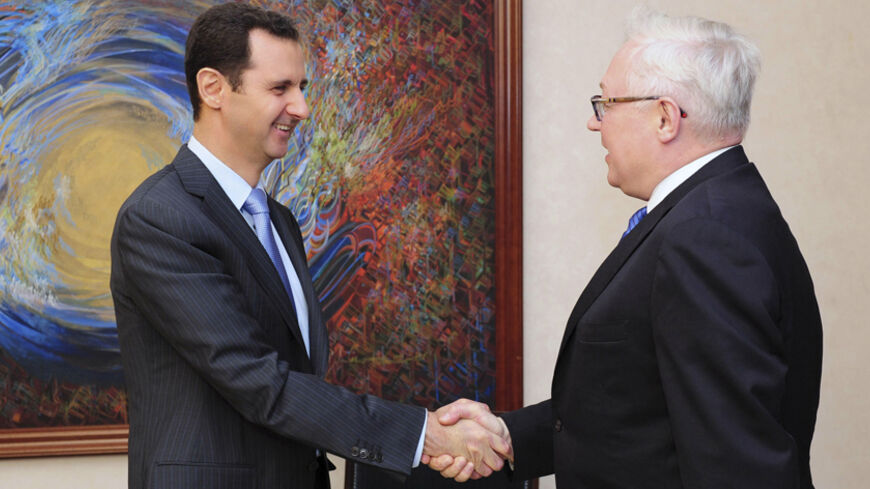 As the United States and its various partners in the Middle East continue airstrikes against the Islamic State (IS), and combine attacks on IS targets inside Syria with intensified efforts to assist the more moderate forces attempting to oust Syrian President Bashar al-Assad and his government, Washington should not forget Russia’s complex role in the fighting.

In one way, Moscow may well have been the first member (beyond the Assad regime) of the de facto coalition against the groups that coalesced to become IS. After all, Russia’s policy since the beginning of the Syrian civil war has been to support Assad to prevent the chaos that can help extremists gain power. This has led Russia to supply arms, and reportedly to share intelligence, with the Syrian government. When IS dramatically gained ground in Iraq, Russia quickly provided ground attack fighter jets and other weapons to Baghdad.

Yet, Russia objects to key elements of the Barack Obama administration’s strategy to fight IS. The Kremlin has not welcomed attacks by the United States and other countries inside Syria for two reasons. The first is Russia’s position that the airstrikes require permission from Damascus, something Russian President Vladimir Putin reiterated Sept. 23 in a telephone conversation with UN Secretary-General Ban Ki-moon. From Moscow’s perspective, forcing Washington and others to appeal to Assad would buttress his legitimacy — which is precisely why US officials want to avoid anything beyond the notification they have provided so far. The second reason is Russia’s fear that the attacks on IS targets will eventually expand to include regime targets.

This in turn raises two important questions. Does Moscow believe that Assad’s military can continue to hold its ground simultaneously against IS and the Free Syrian Army (FSA) if the United States and others change the military balance? And if Russia sees the Syrian regime begin to lose ground, what else might top leaders be prepared to do?

No one outside Putin’s inner circle can answer the first of these questions, though Russia’s public disapproval of US attacks on IS in Syria and new efforts to aid anti-IS anti-Assad forces suggests some underlying concern. The second one — what Russia might do — is ultimately more important.

Media reports have thoroughly catalogued Russia’s military assistance to Syria so far, which has included Buk and Pantsyr anti-missile systems, Yakhont anti-ship missiles, Yak-130 training jets that can be adapted for ground attack missions, drones and a variety of other things, including parts and services (perhaps most notably for Russian-origin Syrian attack helicopters). According to one report, Russian advisers are actually operating surveillance drones and providing intelligence on IS troops to the Syrian military.

Of course, Russia has also provided nonmilitary help, such as a 2012 agreement to exchange Syrian crude oil for Russia’s refined petroleum products and regular diplomatic support, including multiple UN Security Council vetoes to shield Syria from further UN pressure. Syria has at various time apparently hoped for more, including seeking offshore banking services that would have allowed Damascus to continue international financial operations despite Western sanctions.

What else could Moscow do? In theory, Russia could send combat troops to Syria, but this seems quite unlikely for reasons not dissimilar from the ones discouraging the Obama administration from engaging directly on the ground in Iraq: it would be open-ended, expensive and not too popular at home. Post-Cold War Russia has thus far been unwilling to fight outside its immediate neighborhood.

Nevertheless, Russia does have other options, and for hints about how the Kremlin might proceed, it may be useful to look at eastern Ukraine and the self-proclaimed republics of Donetsk and Lugansk. While Syria and Ukraine are quite different in their details, they do share one important similarity: in both cases, Russia’s policy has attempted to prevent the collapse of a friendly regime whose survival protects important Russian interests. In Ukraine, Moscow wants to keep Kiev from eventually joining NATO; in Syria, Russian officials want to avoid a failed-state terrorist base for Chechen extremists.

How is Russia’s Ukraine policy relevant to Syria? In two ways. First, Russia’s actions in eastern Ukraine demonstrate Moscow’s determination to prevent a separatist defeat. Every time Ukraine’s forces escalated the fighting and took the upper hand, Moscow found a new way to help the separatists, initially by providing arms but later by providing armed and trained Russian “volunteers,” many of whom appeared to be Russian military personnel. Second, and conversely, Russia’s escalations were incremental rather than extravagant. Putin did not order 50,000 troops into eastern Ukraine — instead, he sent a few thousand, which was enough to tip the balance against the Ukrainian government’s weak and neglected army and its aggressive but poorly equipped militias.

Perhaps most significant looking ahead in Syria is Moscow’s apparent decision to provide Ukraine’s separatists with the now-notorious Buk anti-aircraft missile system widely believed to have brought down Malaysian Airlines flight 17 over eastern Ukraine. This tragic incident occurred not long after government forces began devastating — and effective — airstrikes against the separatists. Under the circumstances, it would have been quite logical for Russia to supply the Buk system, though Russian officials continue to deny this.

Russia has already provided the Buk system to Syria, of course, but — under pressure from the United States and Israel — Moscow has not delivered the longer-range and more dangerous S-300 system that Damascus has ordered. A report from mid-August suggested that Russia might abandon the deal, but Russian reports usually describe it as “suspended,” which implies that it could be reinstated. If top officials genuinely think that the United States or others may target Syria’s forces in air attacks, shipping the S-300s to Syria could be a natural response. Alternatively, some in Moscow could argue that giving Damascus the S-300 could encourage Washington to coordinate its attacks inside Syria with the Assad regime because of the greater risks. This could potentially be a costly path for Moscow, however — especially if Syria’s military actually tried to shoot down a US jet (or succeeded in doing so) using the system.

Of course, the S-300 would not particularly help Damascus to contend with IS or FSA forces inside Syria — since neither has an air force — so providing it would be primarily a geopolitical move rather than an immediate military response. But Russia could sell additional weapons to the Syrian armed forces, too. Since Moscow cares less and less about Western governments’ reactions and Western public opinion, the biggest limiting factor for further arms is probably what Syria can afford and how generous Russia would be with financing when the Kremlin faces its own financial pressures.

Russia cannot stop the United States or its partners from attacking targets inside Syria without consent from Damascus or from arming and training Syria’s moderate opposition. Nevertheless, Moscow can increase its own support for the Assad government and could do more than it has so far. Officials in Washington and in Middle East capitals should keep this in mind.