How much of US Middle East policy does Moscow understand?

Poor understanding of US and Russian policies has caused commentators to overlook that some of Moscow's and Washington's disagreements over the Middle East are strategic and tactical, but their ends the same. 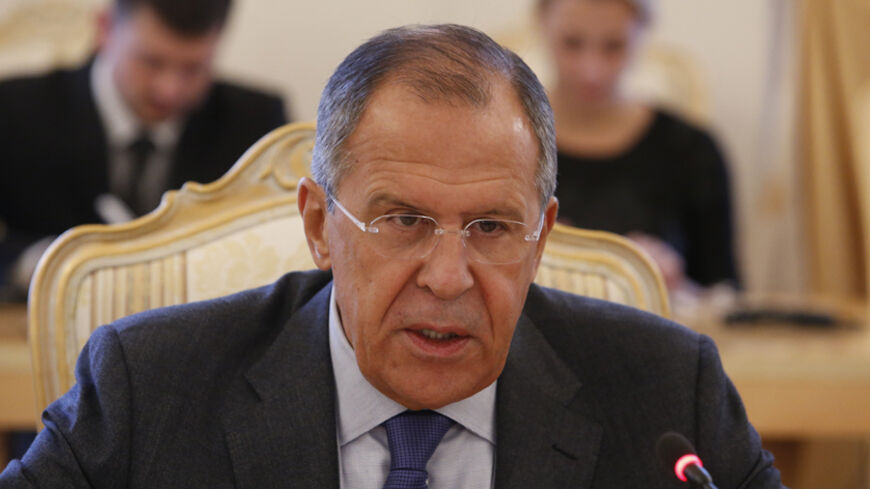 Does Moscow understand American objectives in the Middle East? Amid turmoil in the region, and after President Barack Obama's declaration of his determination to “degrade and ultimately destroy” the Islamic State (IS), the answer matters — even more so since Russia often defines itself relative to the United States.

Obama’s commitment to expanding air attacks against IS militants and assembling a coalition to combat the group certainly raises the stakes for Russia in the Middle East. Washington has not used force in the region (or anywhere else) to this extent since its support for and ultimately leadership of the 2011 effort to oust former Libyan leader Moammar Gadhafi. Moreover, the United States' record suggests that whatever Obama might say now, he could well broaden and deepen the military’s role in the future, with potentially grave consequences for Bashar al-Assad’s regime in Syria.

The central question for Russian officials is: Whether, when and how the United States might do more than it has so far announced? This is where Obama’s intent enters the picture.

Unfortunately, some Russian commentary on US aims and capabilities seems bizarrely detached from reality. For example, Alexander Nekrassov, who identifies himself as a former presidential and government adviser and appears to present officially sanctioned perspectives, recently wrote, “In the opinion of Russian experts, [Israel’s intervention in Gaza] looked more like a smokescreen for US failures in Iraq and Libya rather than an attempt to wipe out Hamas’ arsenal and top commanders.” Nekrassov does not explain how the fighting in Gaza would accomplish this or, more importantly, how the United States would persuade Israeli leaders to subject themselves to international condemnation, commit their armed forces to combat and expose their civilians to retaliatory attacks to create a rather short-lived “smokescreen.”

More ominously, Russian Defense Minister Sergey Shoigu said last year that the West (first and foremost, the United States) was using “color revolutions” — Moscow’s term for popular uprisings ostensibly seeking democracy — to destabilize key regions to acquire control over their natural resources. Russia’s foreign policy elite, in government and outside it, appear to have adopted this same view in regard to the 2003 US-led war in Iraq, so it is perhaps unsurprising that the idea of wars-for-resources endures. Of course, some on the American left have made the same charge. The main problem with this line of argument is that the United States and the West have not gained that much from their policies, particularly relative to their costs.

Obama’s war on IS has produced a new round of similarly strange assessments. In this case, Nekrassov weirdly suggests that the US administration is “using Ukrainian President Petro Poroshenko” to signal to the Kremlin that Washington would welcome Russia’s cooperation in fighting IS. Specifically, he asserts that when Ukraine’s parliament voted to grant greater autonomy to the Donetsk and Lugansk regions in eastern Ukraine, it was actually a “signal” directed at Moscow and ordered by the Obama administration. Nekrassov does not say how Washington could accomplish this feat or, for that matter, how US officials could think that the Kremlin would accurately interpret such an effort as an attempt to invite cooperation against IS rather than cooperation in Ukraine.

Perhaps somewhat more understandable, although no more accurate, is Foreign Minister Sergey Lavrov’s statement that “airstrikes on Syrian territory may target not only areas controlled by Islamic State militants, but the [Syrian] government troops may also be attacked on the quiet to weaken the positions of Bashar [al-] Assad’s army.” Unofficial commentators like Nekrassov and Maria Dubovikova have since repeated this concern.

It makes sense that Lavrov and other Russian officials would worry about US attacks on Syrian government forces. Obama seemed to be on the verge of launching airstrikes last year, but backed away at the last minute, after Russian President Vladimir Putin brokered a deal to destroy Syria’s chemical weapons. Nevertheless, for most of the time since, Obama has moved further away from attacks on Assad’s forces rather than closer. Moreover, the administration well recognizes the weakness of Syria’s moderate opposition and is quite unlikely to risk collapsing Assad’s regime when it could serve as a de facto member of the coalition against IS.

Public opinion is important here. While significant majorities in the United States support attacks on IS fighters in Iraq and even in Syria, Americans do not want to become a party to Syria’s civil war or to take responsibility for cleaning up in its eventual aftermath. The reason is that Americans see IS as a direct threat, but do not see Assad in the same way. Perhaps because the Kremlin works so hard to shape Russian public opinion, and because former President George W. Bush was often prepared to ignore it, Russian officials appear to underestimate the degree to which popular sentiment constrains the Obama administration.

As a result, even though there is some excellent Russian analysis of the Middle East in general and of the possible impact of US airstrikes on Syria in particular, such as Vitaly Naumkin’s work for Al-Monitor, Moscow’s public positions often appear off-target to American audiences. Worse is that when American officials and commentators hear what they consider to be unreasonable or even disingenuous assessments of their intent, they tend to dismiss opportunities to cooperate with Russia, in the Middle East and elsewhere.

At the same time, Washington is not always so good at understanding Russia’s aims in the Middle East either, although the two problems do not directly equate. The best example in this context is the prevailing American view that the Kremlin supports Assad personally rather than viewing his leadership as the least-bad option for establishing order in a collapsing country that is already destabilizing its neighbors. Another is the fixation that many US pundits have had with Russia’s so-called naval base in Syria, which at present is much more significant symbolically than militarily.

Unfortunately, poor understanding of one another’s goals distorts Russian and US policy in the Middle East. While some of their policies are clearly in opposition, others might be reconcilable. So far, neither Washington nor Moscow has goals in Syria or elsewhere in the region that threaten the other’s vital national interests. On the contrary, neither wants to see a growing terrorist threat or, alternatively, the proliferation of nuclear weapons and other weapons of mass destruction. Their disagreements in these two areas are strategic and tactical, over approaches and actions, not ends.

Under the circumstances, it appears unlikely that Washington and Moscow will find a way to cooperate in fighting IS. This is not a calamity for the United States or for Russia, but it is a significant missed opportunity. The real tragedy is what is happening to innocent civilians in Syria and Iraq as a result.