What US-Russia fallout means for Syria

A collapsing US-Russia relationship could have profound consequences for Syria’s civil war and the Middle East. 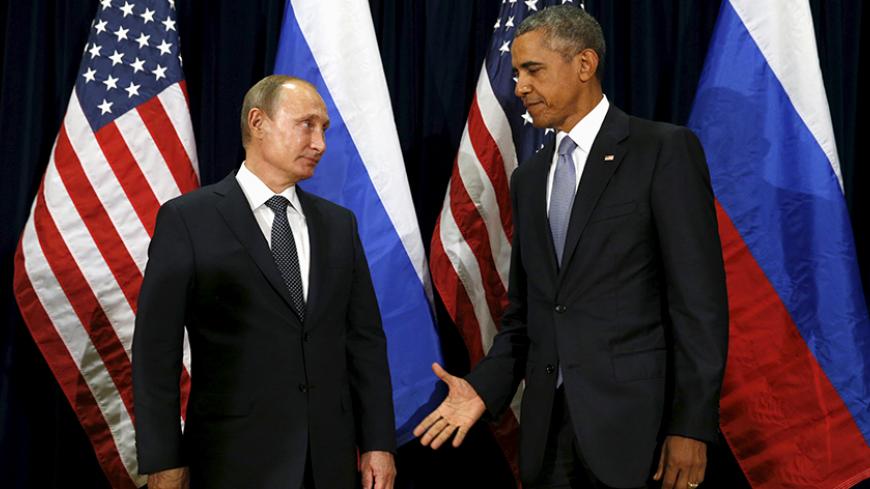 The rapid unraveling of the US-Russia relationship over their failed effort to establish a cessation of hostilities between Syria’s government forces and moderate opposition groups may become increasingly dangerous for Syrians and the Middle East as a whole. Indeed, respected Russian defense and foreign policy expert Dmitri Trenin, a former Russian military officer who directs the Carnegie Moscow Center, has argued that Syria could become a “battlefield between the two” and that this is an “exceptionally disturbing prospect that should keep people in Moscow and Washington awake at night.” Trenin is right to be concerned.

The day after the United States issued a press statement announcing its suspension of talks with Russia on implementing the cessation of hostilities, The Washington Post reported on a National Security Council meeting to discuss possible strikes on Syria’s military, including options such as cruise missile attacks on runways, presumably intended to slow or stop Syrian airstrikes (particularly around Aleppo). The next day, Russia’s Defense Ministry spokesman appeared to respond directly to this article. In a press briefing, he warned the United States that Russia had deployed S-300 and S-400 missile systems at its facilities in Syria, that US strikes would threaten Russian military personnel “on the ground” in the country and that Russian air defense crews would “hardly” have time to assess incoming attacks to determine their flight paths. This amounts to a statement that Moscow might respond directly to any US attacks on Syrian forces. In an interview with Al-Monitor, Trenin confirmed this and noted that the spokesman’s reference to “unidentified flying objects” was especially significant. “I take this as a warning that not only US cruise missiles but also its aircraft might become Russian targets,” he said, adding that “Moscow seeks to deter the US from attacking Syrian government forces and assets.”

Also striking is how swiftly the breakdown in the cessation of hostilities has metastasized. Within 72 hours of the US suspension of the Syria agreement, Russian President Vladimir Putin ordered Russia’s withdrawal from a US-Russian agreement to reprocess excess plutonium so that it could no longer be used in nuclear weapons and from two other nuclear cooperation agreements. At the same time, Russia conducted a massive civil defense exercise that the news agency Interfax reported with a photo of emergency workers appearing to practice nuclear decontamination. By the end of the week, US intelligence officials confirmed a media report that Moscow had deployed short-range, nuclear-capable Iskander-M missiles to Kaliningrad, an isolated Russian enclave between Poland and Lithuania. A Russian Defense Ministry official also suggested that Moscow was pursuing reopening military bases in Cuba and Vietnam.

In a presidential executive order, Putin justified his decision on the plutonium agreement by referring to “unfriendly actions by the United States of America in relations with the Russian Federation” before expressing any other concerns. Foreign Minister Sergey Lavrov went further, stating that “our decision is a signal to Washington that it cannot use the language of force, sanctions and ultimatums with Russia while continuing to selectively cooperate with our country only when it benefits the US.”

Russian officials appear to have found a statement by State Department spokesman John Kirby especially disturbing. In response to a question about the consequences for Russia if the cessation of hostilities did not take hold, Kirby asserted that extremists would expand their operations, “which will include, no question, attacks against Russian interests, perhaps even Russian cities.” Repeating and strengthening earlier Russian charges that the United States is de facto supporting extremists like Jabhat al-Nusra, Russia’s Defense Ministry spokesman responded sharply, asserting that Kirby’s words were “open acknowledgement by the American side, that the whole ‘civil war’ led by the ‘opposition’ is in fact a US-controlled terrorist ‘international.’” While Western observers tend to dismiss this as outlandish rhetoric, Trenin told Al-Monitor that Russian officials view the US statements as a “veiled threat” and not as “friendly admonition.”

Taken together, Moscow’s conduct and statements suggest that the Kremlin may have reached — and quite possibly passed — a tipping point in its assessment of Russia’s relations with the United States. Trenin believes that “President Putin has hardened his stance” and now “wants full reciprocity” in the US-Russian relationship.” Absent that, Trenin argued, “If the US impinges on Russian interests in one area, Moscow will retaliate elsewhere.” He asserted that both sides are already pursuing this approach and that “even as the US is looking for Russian vulnerabilities for the purpose of imposing sanctions, Russia is looking for areas where withdrawing its cooperation could hurt US interests.”

In Beijing for the VII Xiangshan Forum, Russia’s Deputy Defense Minister Anatoly Antonov has reaffirmed Moscow’s willingness to work with the United States in Syria and insisted, “We are firmly convinced that there is no military solution to Syria’s problems.” However, his statement appeared intended less for Washington than to reassure Chinese officials of Russia’s continued interest in a diplomatic solution. Antonov did not suggest any new flexibility in Russia’s position.

A collapsing US-Russia relationship could have profound consequences for Syria’s civil war and the Middle East. Most immediately, hopes for cooperation with the United States will no longer constrain Moscow’s assistance to Syrian forces, particularly in and around Aleppo. Trenin suggests that Russia’s objective in Aleppo has shifted from winning US acknowledgement of its “restored status as a major global power” through negotiations and joint military actions against extremists to helping Damascus “defeat the opposition/Nusra mix in eastern Aleppo, which if successful would strengthen Russia’s hand in Syria and its position vis-a-vis the US.”

Thus far, it is unclear how President Barack Obama's administration will respond, though press accounts report that Obama remains skeptical of US military action. Still, intensifying Russian air operations — combined with Moscow’s relatively loose rules of engagement and its relatively limited use of precision weapons — seem likely to result in not only gains for Syrian government forces, but also increasing civilian casualties and growing outrage in Washington, Europe and some nations in the region. Moreover, if Syrian President Bashar al-Assad concludes that Russia has successfully deterred significant US intervention (at least until Jan. 20, when a new American president will take office, if not beyond that), then Syria’s military may face fewer constraints in its tactics as well.

This leads to several important questions. First, what might anti-Assad governments in the Middle East be prepared to do to prevent Moscow and Damascus from defeating anti-Assad forces (moderate or otherwise) in and around Aleppo — particularly if they calculate that the Obama administration will not blunt the attack? How could Russia respond to that? Second, what will Turkey do? Turkish President Recep Tayyip Erdogan’s efforts to combine NATO membership with a rapprochement may become more difficult to sustain, as will his policies toward Russia and Syria. Will NATO, or conditions inside Syria, force Ankara to make a choice? Finally, of course, would US military forces actually engage in direct combat, either deliberately or through miscalculation or mistakes? If they do, could it lead to conflict elsewhere in the Middle East or beyond?

Too many questions like these will produce sleepless nights not only in Washington and Moscow, but in many other capitals as well.