The Islamic State has hopes of connecting with the sea, but to achieve this it must go through Lebanon, which will be a tough fight. 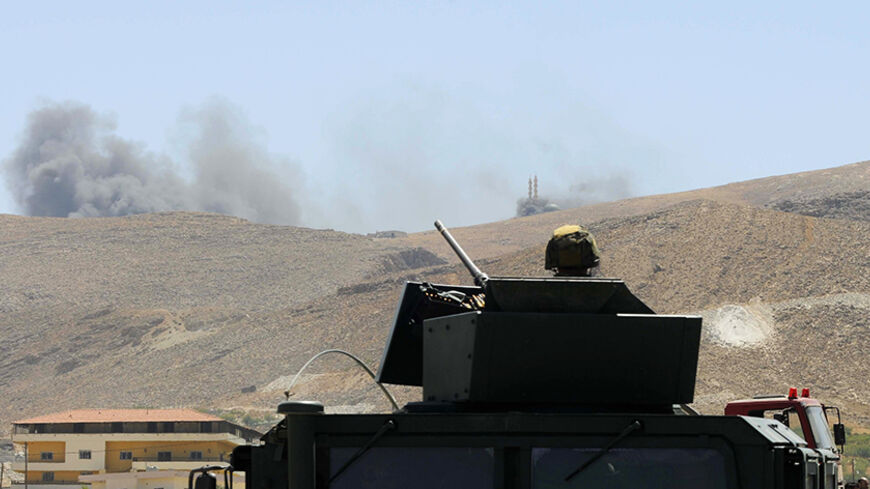 BEIRUT — The Islamic State (IS) seems to be operating like a fully integrated state, and it is working on providing all necessary components for that state to stand. The organization acquired land after invading Syria and Iraq, and now has its prince, people and militants. However, it still lacks an outlet to the sea, which constitutes a strong point for any state. Lebanese army Chief Jean Kahwaji told Le Figaro that IS is seeking to acquire this outlet in Lebanon after it failed to do so in Iraq and Syria.

This sea outlet can only pass through northern Lebanon, since IS and Jabhat al-Nusra cannot possibly reach the sea through other districts, and they are present in the Syrian regions close to Lebanon’s northeastern border. In light of this, IS is trying to connect the Syrian Qalamoun to the Lebanese Akkar.

Akkar district is characterized by its geographic location and demography. Half its citizens are Sunnis, and it is situated along the front line with the Syrian border to the north. It is bordered by Hermel district to the east and the mostly Sunni Denniyeh district to the south.

Security sources following this issue firmly told Al-Monitor that IS can reach northern Lebanon in two ways. The organization either has to regain control of Homs in Syria to approach and enter through the north, or it has to subdue the western and central Bekaa Valley in Lebanon to create a security belt that paves the way for a battle in the north and provides a suitable environment for its control of the northern Lebanese villages.

The Bekaa Valley path isn’t any easier than the Homs one, which will necessitate IS re-tightening the noose around the city that the Syrian regime fought its fiercest battles to regain.

The same sources added that IS and Jabhat al-Nusra are seeking a safe outlet to exit Arsal’s barren lands, where it is getting harder to stay, as winter approaches and after the Lebanese army separated the town from its barren lands.

For this reason, IS is aiming for a safe outlet between Arsal and its barren lands to release the detained soldiers. However, the army resolutely pushed IS and Jabhat al-Nusra to search for another secure outlet, which they found in the mountainous Syrian Assal al-Ward region — the only safe entrance for the militants into Syria. Yet, IS’ clash with Hezbollah in Assal al-Ward pushed the organization once again to change its plan and set its eyes on Brital, where it had already initiated an attack in early October in an attempt to penetrate the villages in the Bekaa Valley. But, they were deterred by Hezbollah’s men, as violent clashes between both parties broke out.

If the Brital operation had succeeded, it would have put IS and Jabhat al-Nusra on the right track to connecting the western Bekaa to the central one. This constitutes a necessary step to establishing a security belt that paves the way for their expansion toward the north. According to sources, Chebaa, the largest Sunni town in the south and and a shelter for Syrian refugees on the Syrian-Lebanese border, is at the heart of this link. To reach Chebaa, IS must cross several Bekaa Valley villages that are mostly Sunni, Christian and Druze. Based on previous experiences in Iraq and Syria, it seems that Sunni villages are not likely to fight the terrorist organizations. The Christian villages are scared and incapable of confronting this terrorism, especially after seeing what befell their counterparts in other countries. Druze villages like Rashaya and Hasbaya will not confront IS either and will fall.

In his latest visit to these regions, Druze leader Walid Jumblatt instructed his fellow Druze to avoid any clash with the displaced Syrians. Then, he appeared on television and declared that he “did not consider Jabhat al-Nusra a terrorist organization.”

If IS and Jabhat al-Nusra succeed in establishing this security belt, then the envisioned Islamic State would have a good foundation. This new reality will seduce sleeper cells to open their doors for these two organizations, making it easier for them to head north. These terrorist sleeper cells play a role here; as Kahwaji said, “IS is relying on the sleeper cells in Tripoli and Akkar, not to mention the support of some Sunni groups.”

Therefore, inside north Lebanon, a trap has been set, and some groups in Tripoli and Akkar are paving the way for IS, knowing that they already pledged their allegiance to the organization. Several signs indicate that the north, Akkar in particular, is a volcano waiting to erupt. Lebanese soldiers have been targeted several times in that area, and the latest attack claimed the lives of two soldiers in Akkar.

Fneidek group (in reference to a town in Akkar) was arrested in July 2014, as it was affiliated with cells that were planning to execute terrorist operations in Lebanon, and several of its members were arrested in hotels.

Moreover, terrorist Monzer al-Hassan, who was accused of providing suicide bombers with explosive belts, was attacked and killed in Tripoli.

On the field, security sources received reports about large-scale militant movements in the deserted barren lands of Arsal, especially Wadi Khaled and Boukaia.

All these tensions are fueled by the speeches of some radical Sunni clerics, who gave legal cover for the cooperation with IS and Jabhat al-Nusra. These clerics also played a major role in the recent defection of some soldiers from the army, most of whom hail from towns in Akkar.

Sheikh Dai al-Islam al-Shahhal, founder of the Salafist movement in Lebanon, is the head of these clerics. This provocative discourse is fueled by the declarations of some northern members of parliament who constantly attack the army. The last straw came when IS’ flag was recently raised in Tripoli.

This constituted a dangerous sign, along with the IS and Jabhat al-Nusra slogans on the walls of several buildings in Akkar.

IS is counting on all these elements to implement its plan and take over the north. Perhaps it is also betting on the Iraqi scenario, where the organization’s control over one region led to the fall of another. It's true that the traps planted in the north are jeopardizing the region’s security, but the Bekaa Valley, which is the main focus now, is already facing the danger of an outside attack from IS.