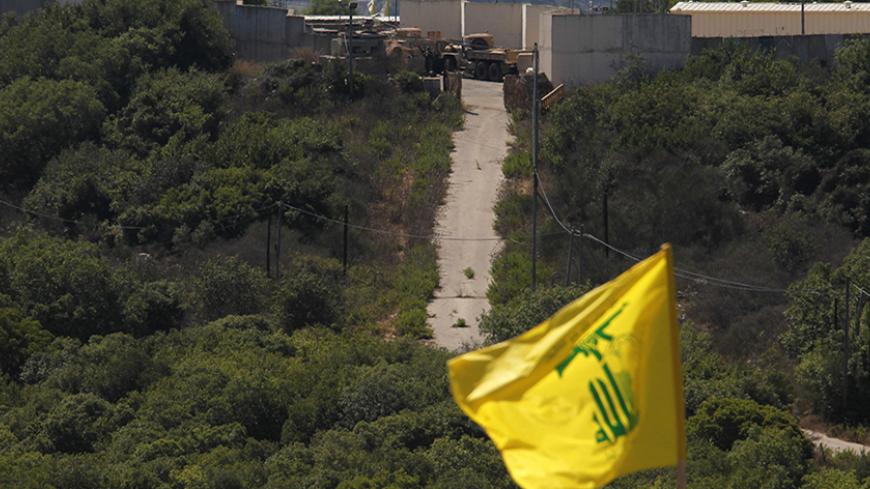 Israeli soldiers and trucks are seen from the southern Lebanese village Marwaheen, as a Hezbollah flag flutters during a protest in solidarity with Palestinian people in Gaza near the Lebanese-Israeli border July 25, 2014. - REUTERS/Ali Hashisho 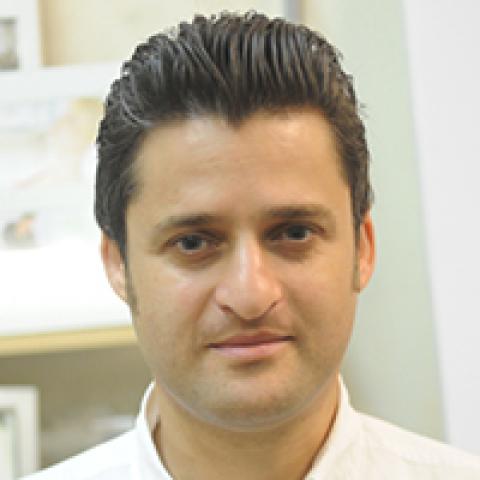 An exceptional shooting incident was reported Oct. 5 on the Israeli-Lebanese border, resulting in an Israel Defense Forces (IDF) patrol wounding a Lebanese soldier. The incident does not, however, conform to earlier analysis by the senior officer in Israel's Northern Command who briefed military affairs correspondents Sept. 14. He warned against a possible clash in which Hezbollah would temporarily take control of significant portions of the Galilee and talked about a war that seems further away than ever.

Current conditions in the region could enable Israel to take steps that would postpone such a flare-up to a distant date, if ever. The officer reiterated the main motif running through Israel’s deterrence strategy of the past eight years in regard to Hezbollah: In any future war, the IDF will cause tremendous damage to the organization and to Lebanon. IDF Chief of Staff Benny Gantz put it this way Oct. 3: ''We will take Lebanon and knock it back 70 or 80 years.''

Such threats are only part of the story of Israel’s relationship with Hezbollah in recent years. Both sides failed the test of their mutual deterrence on July 12, 2006, when they found themselves locked in a lengthy war on a scale that neither had foreseen. Israel failed in that it did not persuasively indicate to Hezbollah that kidnapping soldiers on Israeli soil would lead Israel to change the rules of the game and react by initiating war. Israeli leaders failed to do so in part because they did not think Hezbollah would act the way it did. On the contrary, in the months leading up to the war, Israel adhered to a pattern of restraint that had characterized its behavior previously, causing Hezbollah to underestimate the Israelis' reaction to the planned kidnapping and therefore to proceed with it.

Hezbollah, meanwhile, was unsuccessful in establishing deterrence vis-à-vis Israel on the eve of the war and did not make clear the potential repercussions of an all-out confrontation with it. Having amassed thousands of rockets, advanced missiles and other surprises turned out to be insufficient. Had it added a campaign of deterrence to its military stockpiling, Israel might well have refrained from a series of far-reaching reactions after the kidnapping of Eldad Regev and Udi Goldwasser, which set the ball rolling to war.

The way both sides have been handling themselves in recent years shows that they have learned a lesson. In 2008, Israel declared what the IDF calls the Dahiya doctrine, named after the Beirut neighborhood (and Hezbollah stronghold), large parts of which were completely destroyed in the 2006 war. The essence of the doctrine calls for taking disproportionate action against infrastructure in any future war with Hezbollah. Israel established its bargaining position by publicly committing itself to a speedy and resounding victory in the next Lebanon war. It may, however, have climbed a tree that is too tall. Hezbollah, for its part, has been busy in recent years establishing a counterbalance by rearming itself and waging a public deterrence campaign.

Much like the Cold War, the Israeli-Hezbollah balance of deterrence is calculated, terrifying and mutual. The two adversaries are not intent on the same “mutual assured destruction” that the United States and the Soviet Union feared. Still, Hezbollah is today able to credibly claim that it will exact an unbearable price from Israel in any future war and deny it the option of claiming a crushing victory. This deterrence has enabled it to relaunch, albeit on a small scale, its activity on Israel’s northern border, which the Israeli officer mentioned in his briefing. This deterrence introduced a real element of stability to the relationship.

Just as the evolving reality in the region could present Israel with an unforeseen scenario and ignite a conflagration, it could also provide an opportunity to actually prevent a future confrontation with Hezbollah. An Aug. 14 speech delivered by Hezbollah Secretary General Hassan Nasrallah was expected to mark the eighth anniversary of the 2006 war, but Israel is no longer at the top of Hezbollah's list of priorities. Almost all of the speech, during which Nasrallah seemed to be preoccupied, was devoted to developments in Syria. These days, when Nasrallah uses the expression “existential threat,” he is not referring to Israel, but the threat against Lebanon and the entire region posed by the Islamic State (IS).

Following the same pattern, Nasrallah devoted all of a speech Sept. 23 to the confrontation with IS. Later, at the end of a meeting Sept. 30 in Beirut with Ali Shamkhani, secretary of Iran's Supreme National Security Council, Nasrallah confirmed that ''the fight against takfiri terrorism'' now topped Hezbollah's agenda. According to him, this fight poses ''an existential threat to the region and the peoples of the region.''

The establishment of Hezbollah, its identity and very existence have centered on the conflict with Israel. The organization will, of course, retain Israel on its agenda, but for the first time, Israel is second among its strategic priorities. With the US-led campaign against the Islamic State in its first phase and expected to last for a long while, evolving realities might provide Israel an opportunity to prevent a ''third Lebanon war'' in ways that are not necessarily linked to deterrence or secret operations. For instance, messages via a third party could lead, not for the first time, to indirect understandings with Hezbollah.