Netanyahu needs to do some soul-searching

In his UN speech, Prime Minister Benjamin Netanyahu's diplomatic horizon consisted of Israel and the Arab world starting a normalization process before resolving the conflict with the Palestinians, a concept that no Arab leader would ever consider. 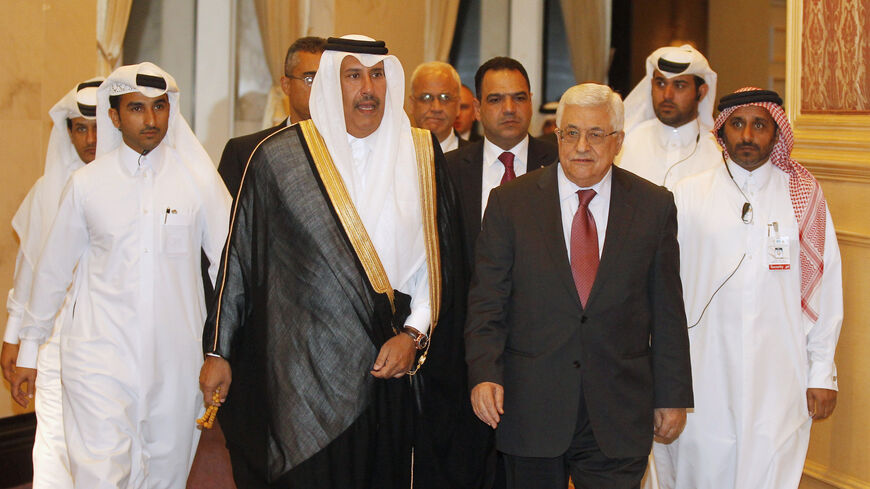 On Sept. 29, Israeli Prime Minister Benjamin Netanyahu did what he does every year. He stood at the podium of the UN General Assembly and told his audience about how Israel longs for peace. Much as in previous years, he spoke about radical Islam. Two years ago, on the same stage, Netanyahu warned the world of this danger, “from the rulers of Iran with their [Islamic] Revolutionary Guard [Corps] to al-Qaeda terrorists to the radical cells lurking in every part of the globe.”

This year, Netanyahu also chastised Palestinian President Mahmoud Abbas for what he called a “provocative speech” that the Palestinian president had delivered before the same forum on Sept. 26, and warned him against making any unilateral diplomatic moves. But, of course, Netanyahu’s speech would be ignored if he had not introduced something new in it. Instead of first resolving the conflict with the Palestinians and obtaining reconciliation with the Arab states in exchange, Netanyahu introduced a new Middle East agenda. First, there would be reconciliation with the Arab states, and only then would there be peace with the Palestinians.

Netanyahu said the struggle against common threats such as Hamas, the Islamic State (IS) and their ilk presented a common challenge to Israel and states like Egypt, Jordan and the Gulf states, including Saudi Arabia. According to him, this common interest they share affords an opportunity "to create a productive partnership, one that would build a more secure, peaceful and prosperous Middle East.”

On the other hand, in a holiday interview on Sept. 24 with Israeli daily The Jerusalem Post, Netanyahu said that for the very same reason — the threats posed by Hamas, IS and their ilk — the time is not right for the Saudi Peace Initiative, which was upgraded in 2002 to the Arab League’s Regional Peace Initiative. Yet, it seems as if that initiative was of no interest to him even before radical Islam spread throughout the region, and even before the events of the Arab Spring.

The idea of reconciling with the Arab states before resolving the conflict with the Palestinians is hardly a new one. In a meeting in 2007 with the special Chinese envoy to the Middle East, Sun Bigan, Tzipi Livni, who was foreign minister then, suggested that “as Israel is providing a political horizon for the Palestinians, so should the Arab states provide a political horizon for Israel, now, at this moment in time, even before the end of the conflict.”

Livni since realized that the idea was hopeless, and has focused instead on advancing bilateral negotiations between Israel and the Palestinians. Netanyahu himself knows with certainty that no Arab leader in his right mind would agree to start with the dessert (diplomatic normalization and security and economic cooperation), while postponing the main course (an Israeli withdrawal from the territory, the evacuation of the settlements and the division of Jerusalem) until the "end of days." That will not happen as long as Israel continues to develop its settlements in the occupied territories, keep the 1.8 million Arab residents of Gaza under siege and maintain negotiations over a permanent agreement in a state of deep freeze.

While Netanyahu basked in the applause of his supporters in the half-empty hall of the UN General Assembly in New York, the Palestinian Center for Policy and Survey Research headed by Khalil Shikaki published the results of a new survey it conducted. The findings depicted the bitter reality that the prime minister left behind at home. They showed that Hamas was ahead of Fatah on all fronts, so that if Palestinian presidential elections were held, former prime minister of Gaza Ismail Haniyeh would win a resounding victory, with 55% of the vote to Abbas’ 38%. In the Palestinian Legislative Council elections, Hamas would receive 39% of the votes, 3% more than Fatah. In the Gaza Strip, support for Hamas reaches 40%, as opposed to 39% for Fatah. In the West Bank, however, while support for Hamas reaches 38%, support for Fatah is only 33%. Meanwhile, 63% of all respondents expressed support for adopting Hamas’ militant approach in the West Bank, while just 34% opposed this.

Nevertheless, the poll also showed a significant decline in Hamas' popularity and its approach when compared to the previous month. It is not too late to save the two-state solution and from there to achieve reconciliation with all the Arab states — in that order. That Yom Kippur (Day of Atonement) falls on the weekend (Oct. 4) affords an opportunity for diplomatic retrospection and reflections about the future. Yom Kippur is also a good time to recall the terrible war price that Israel paid because late Prime Minister Golda Meir refused to hear the peace bells tolling in the distance. Over the past year, we watched US Secretary of State John Kerry’s peace initiative get buried along with 74 Israeli soldiers who were killed in Operation Protective Edge. As I wrote here this week, the peace process has given way to a confrontation process.

It has been 13 years since Netanyahu was secretly filmed in the Ofra settlement, while paying a visit to a family that had lost a father and son in a terrorist attack. While there, he boasted to the mourners about how he was able to sabotage the Oslo Accord during his first term as prime minister, in the 1990s. (Netanyahu agreed to a statement at that meeting, calling the Oslo Accord “a disaster.” He said, “I would interpret the agreement in such a way that it would stop the rush back to the 1967 lines.”) This year, Netanyahu took another step forward toward keeping his promise, while Israel took another step backward in the international arena. More and more consumers in Europe are refusing to bring Israeli products into their homes, while dockworkers in the United States are refusing to unload ships bearing the blue and white flag of Israel. The relationship with the United States has reached such an unprecedented low point that a shipment of missiles to Israel was delayed in a time of war.

Scaring the public with stories of Hamas, IS, Iran’s nuclear program and the chaos throughout the region could buy Netanyahu yet another year in the prime minister’s residence, another UN speech at the General Assembly and another meeting at the White House with nothing to show for it. Netanyahu may even break Israel's first Prime Minister David Ben-Gurion’s record for the number of years served at the helm of the state. But that would be a record for survival, not progress. Ben-Gurion used to say, "It's not important what the gentiles say, it's important what the Jews do." The same is true of the regional peace initiative. There too, Netanyahu has turned things upside down. In the final balance, Netanyahu’s talk is packed to overflowing, while his actions show nothing.