If Israeli Prime Minister Benjamin Netanyahu is sincere in seeking an agreement with the Palestinians, he must distance himself from his party's extreme right-wing faction that opposes peace. 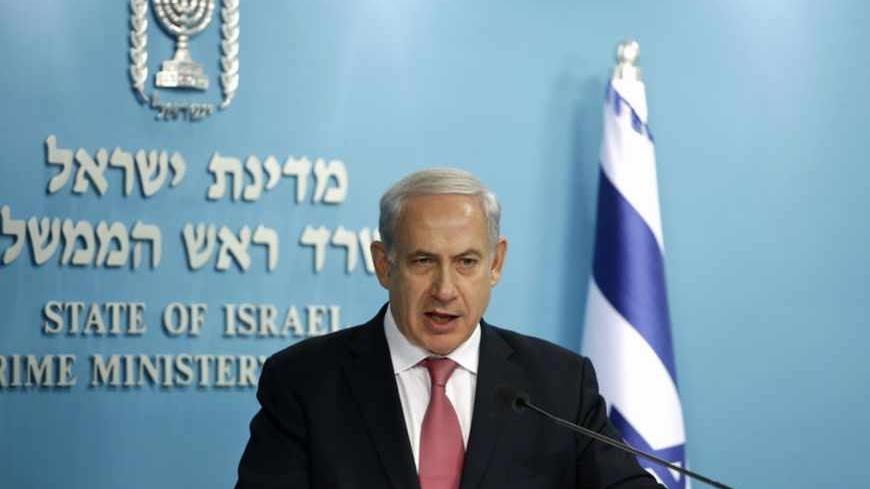 “We’re pretty sure [Prime Minister Benjamin] Netanyahu’s ship has sailed,” said the senior diplomat. “Do you have any idea where he’s heading?” the man asked. “Is the prime minister really planning to advance toward a two-state solution?”

I answered that I wasn’t sure whether Netanyahu himself could answer his question because as far as I know, the prime minister himself has not decided where he wants to take the negotiations with the Palestinians. But, I added, the more interesting question in my mind is not what Bibi wants to do about the conflict, but what he can do. Even if the concerns he has been expressing recently about Israel turning into a binational state are valid, it appears that his horses have bolted. It is highly doubtful whether the Likud party organs — from the Knesset faction to the party’s central assembly — would have even voted nowadays in favor of Israel’s Declaration of Independence. In fact, how many Knesset members from the right wing of the coalition believe in the article that promises “complete equality to all citizens,” including Arab citizens? How many of them support freedom of “religion, conscience, language, education and culture, regardless of religion, race and sex?”

Recent statements by Defense Minister Moshe Ya’alon, his deputy Danny Danon, deputy Transportation Minister Tzipi Hotovely and Knesset member Miri Regev (not to mention Economy and Trade Minister Naftali Bennett and his friends in the HaBayit HaYehudi Party) make clear that they are not losing any sleep over the possible loss of Israel’s Jewish and democratic character. As far as they are concerned, there never was and never will be a Palestinian partner for peace. If it were up to Knesset members from the right, they would have erected a tent on the roof of the Mukata’a in Ramallah and flown a blue-and-white Israeli flag on top of it. Just who is this [US Secretary of State] John Kerry, anyway? In the words of Israel’s Zionist socialist (meaning, pragmatic') first Prime Minister, David Ben-Gurion, “It doesn’t matter what the Gentiles say. What’s important is what the Jews do.”

Nonetheless, when those “gentiles” threatened to act (as they did in the 1956 Kadesh Operation in the Sinai), the “old man” knew how to step back from his vision of a “Third Kingdom of Israel.”  Netanyahu, who today sits on Ben-Gurion’s chair, received a handful of reminders recently that the Gentiles do more than just talk. Last month [May], 13 of the 27 member states of the European Union decided to label products made in the settlements. The ambassador from one of these countries told me that Israeli exporters should be thanking them for this move. In the absence of labeling allowing consumers to know which products are made in Israel and which originate in the occupied territories, many people in his country had started boycotting all products labeled “Made in Israel,” just to be on the safe side.

In mid-June Netanyahu was told that the “gentiles” are getting fed up with paying the price of Israel’s occupation and telling their tax payers tales about contributions to the “peace process,” which has not existed for four years already. The Swedish government has decided to cut its annual aid to the Palestinian Authority. This aid, like the money transferred by the other “donor states” [Ad Hoc Liaison Committee] to the Palestinian Authority, has freed Israel of responsibility for the welfare of the residents in the territories. The Authority is one of the last remnants of the Oslo Accord, which was supposed to have brought about an end to the occupation and the conflict. This, by the way, is the same agreement that Ya’alon and his friends never miss an opportunity to slam.

A senior diplomat who recently met with Netanyahu warned the prime minister that Sweden is the first country, but not the last, that has lost trust in the ability and willingness of Israelis and Palestinians to implement the two-state solution. According to the assessment of the Central Command chief, Maj. Gen. Nitzan Alon, on June 18, the continued diplomatic freeze is expected to result in a third intifada. In order for the international community to stand by Israel, as it did at the outset of the second intifada, Netanyahu must prove that he truly and genuinely tried to reach an agreement with the Palestinians. The breakout of violence in September 2000 occurred after US President Bill Clinton accused then-PLO leader Yasser Arafat of torpedoing the negotiations conducted with former prime minister Ehud Barak on the basis of the June 4, 1967, borders. This time, an Israeli attack on the cities of the West Bank will be considered an attack on a non-member UN state with access to dozens of international organizations that will be open to receiving its complaints.

If this were not enough, next month a Swiss institute is expected to release its findings regarding Arafat’s exhumed bones following an investigative report by Al Jazeera. If the experts report finding radioactive traces in his remains, the Palestinian president, Abu Mazen, will have a hard time sitting down with people to whom the Palestinian street attributes the murder of their esteemed leader. The next confrontation might result in the disintegration of the Palestinian Authority and the loss of the last partner for a two-state solution, en route to a binational state.

To prevent such a disaster, Netanyahu will be forced to take the road paved by former Prime Minister Ariel Sharon that led to the 2005 withdrawal from Gaza. Sharon split the Likud party, pushed away the settlers, got rid of then chief of staff Ya’alon, who opposed the plan to withdraw from Gaza and northern Samaria, and won sweeping public support. Even a magician of Netanyahu’s stature will not be able to maneuver forever on the thin wire separating the most pragmatic Palestinian circles and the “Danons” [after the deputy defense minister] and the “Ya’alons” [after the defense minister].

If Netanyahu continues to circulate “media spins” in the spirit of “Netanyahu ready to compromise, withdraw from more than 90% of the West Bank if security concerns are met” — as published in the Israeli daily Haaretz on June 27 — the Zionist ship will find itself stranded on a sandbank. He of all people should know that 13 years ago former Clinton offered the Palestinians 94 to 96 percent and territorial compensation for the rest of the land in addition to the division of Jerusalem. If he decides to lead the ship to the safe haven of regional peace, he will find a majority of Israelis onboard.