Despite the president's proclaimed optimism, Iran's foreign minister has said that many issues still remain in the nuclear talks, which resume today. 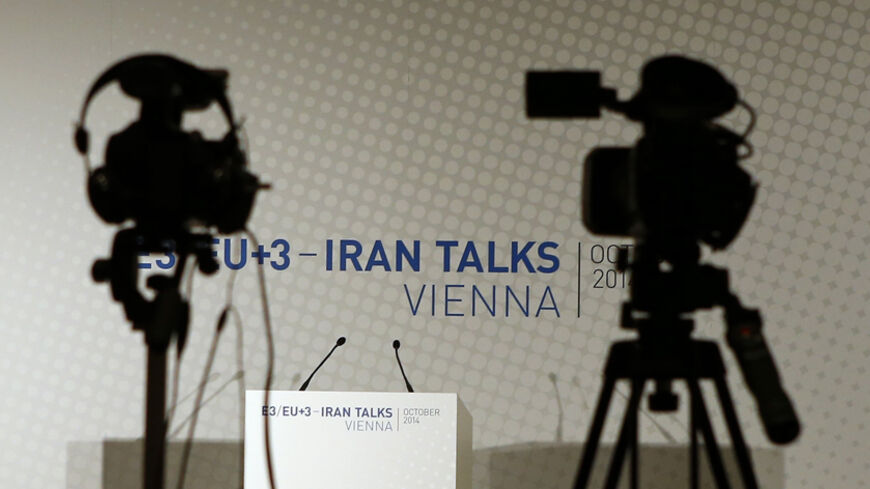 A day after Iranian President Hassan Rouhani said that he was a certain of an eventual final nuclear deal with the five permanent members of the UN Security Council plus Germany (P5+1), Foreign Minister Mohammad Javad Zarif said there are still “many issues” to be resolved.

The Iranian negotiating team led by Zarif left for Vienna this morning, Oct. 14, to resume the nuclear talks. He will hold meetings with EU foreign policy chief Catherine Ashton and US Secretary of State John Kerry. Before departing, however, Zarif appeared to have scaled down expectations after Rouhani expressed optimism to the Iranian media the night before.

“Reaching an agreement in this round is very unlikely because there are issues that still remain that need to be resolved. There are many issues,” Zarif told reporters according to IRIB News.

Zarif confirmed Rouhani’s statement that there is a “general understanding,” but said that the last few meetings have been over the details, such as enrichment and the method and timeline of removing sanctions, which he described as “important and vital.”

Zarif also rejected claims that the previous two rounds of talks failed to accomplish anything. He described the New York negotiations in September as “very good” and said many details were discussed. But, he added, “Since there are many differences still, we have not reached an agreement on the issues.”

During an interview on Iranian TV yesterday, Oct. 13, Rouhani seemed much more optimistic about a final nuclear deal. He called the issue of Iran’s nuclear program “irreversible” and said Iran would not “return to where it was one year ago.”

He added that what is currently being discussed in the 40 days remaining until the Nov. 24 deadline is how Iran will progress with its nuclear program and whether the final deal will be made, if parts of it will remain unresolved and if there will be another extension.

Rouhani said, “Either way, a solution to the nuclear issues will be found and certainly the two sides will reach an agreement.”

Indirectly drawing a contrast to the international isolation under former President Mahmoud Ahmadinejad, Rouhani said that the Iranian delegation met with world leaders at the UN General Assembly in New York.

Rouhani said that one of the leaders of the P5+1 countries het met in New York said of the nuclear talks, “We are tired and we have to finish this issue.” Rouhani said, “This shows that the situation has changed,” and that everyone sees resolving this issue as in the interests of the world and region.