The rapid victories of the Shiite Houthi group in Yemen make Saudi Arabia worry that Iran is surrounding the kingdom. 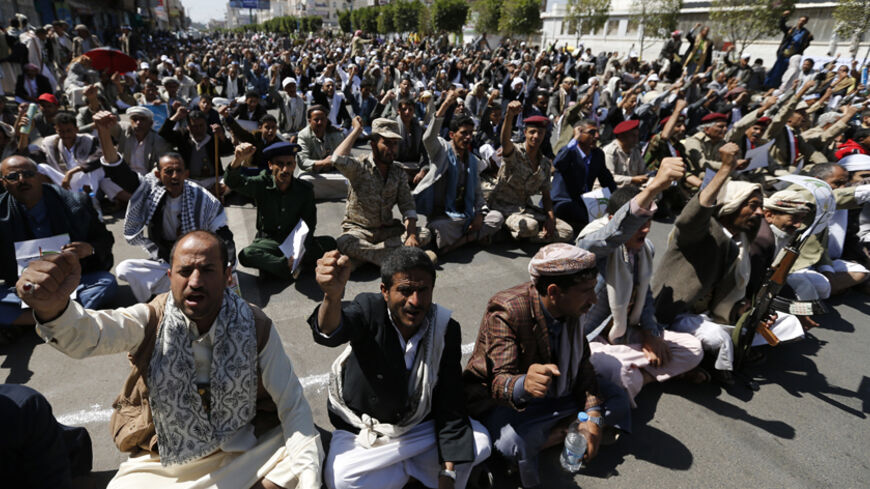 It’s the House of Saud’s worse nightmare come true. The stunning success of the Zaydi Houthi rebellion in Yemen places a Shiite group with connections to Iran on the soft underbelly of the Kingdom of Saudi Arabia, erasing years of Saudi efforts to stabilize Yemen and keep it in the Saudi orbit.

The Zaydi Houthi movement, which calls itself Ansar Allah, took control of the capital, Sanaa, in September and now has taken control of the main northern port of the country at Hodeida. The Houthis have expanded far beyond their traditional stronghold in the north of Yemen around Saada near the Saudi border to take control of much of northern Yemen. They are dictating who and what they will accept in the nominal government of Yemen. They rejected President Abed Rabbo Mansour Hadi’s first choice for a new prime minister, and rejected his requests that they evacuate Sanaa and return to their bases in the north.

Named after the founder of the modern Zaydi movement, Hussein Badreddin al-Houthi, who was killed in the first of six wars between 2004 and 2010 waged by the rebels against the Sanaa regime, the Houthis are now the dominant military force in the country. The Zaydis are an offshoot of Shiite Islam, which controlled North Yemen until the 1962 revolution. The Zaydi Imamate was toppled by an Egyptian-backed nationalist movement and retreated into the rugged mountains and deserts of the north to wage a six-year insurgency against the Egyptians and their Yemeni republican allies. The Saudis were the major source of outside support for the royal rebels. King Faisal was their primary advocate.

So it is deeply ironic that today the Saudis are so alarmed at the Zaydi takeover of Sanaa and Hodeida. Before the Arab Spring came to Yemen in 2011 the Saudis supported then-Yemeni President Ali Abdullah Saleh’s military campaigns against the Houthis and fought a series of their own military campaigns against them along the border after 2009. The Saudi army and air force were not particularly effective in these operations, so any residual Saudi-Zaydi affection was long gone by the time Saleh was ousted and his deputy Hadi took charge of Yemen.

What concerns the Saudis the most is the Iranian connection to the Houthis. Saleh alleged Iranian help to the rebels as early as 2004, but it wasn’t until 2012 that US officials began confirming that Tehran was aiding the Houthis. Iran, with its Lebanese ally Hezbollah, has been shipping small arms and ammunition to the Houthis for several years now and also providing limited quantities of financial aid. Last month, the Yemeni authorities deported to Oman two Iranians whom they accused of being members of the Iranian Islamic Revolutionary Guard Corps' Quds Force arrested in Yemen assisting the Houthis.

Whatever the extent of Iranian aid to the Houthis, Riyadh believes it is extensive and critical to their success. A senior Saudi prince recently told me that the kingdom is now surrounded by Iranian proxies. He said Iran’s assets control four Arab capitals: Baghdad, Damascus, Beirut and Sanaa. The Saudi newspaper Asharq Al-Awsat this month editorialized that “Iran is encircling Saudi Arabia.”

Since the Arab Spring began, Saudi Arabia has led the effort to stabilize Yemen and introduce moderate reforms, enough to placate some of the demands for change but not enough to fundamentally alter Yemen’s unity or pro-Riyadh tilt. Saudi diplomats worked effectively and diligently to squeeze Saleh out of the presidency and bring Hadi into power. The kingdom has provided over $3 billion in oil grants since 2011 and deposited $1 billion in monetary support in the Yemeni central bank to keep the country solvent.

Yemen has also been the poster child for American counterterrorism local capacity-building in the post-Arab Spring era. Instead of the massive footprint of Afghanistan and Iraq, Yemen has been a role model for a light special forces footprint backed by drones and other air power, but with most of the boots on the ground being Yemeni. The United States looked to the Saudis to provide political, economic and diplomatic support, rally the other Gulf states and be Hadi’s big brother.

Al-Qaeda in the Arabian Peninsula (AQAP), often described in the last few years as the most dangerous al-Qaeda affiliate in the world, was the target for the joint US-Saudi campaign in Yemen. The kingdom’s minister of the interior, Prince Muhammad bin Nayef, led the Saudi role in fighting AQAP. The target of several AQAP assassination attempt, bin Nayef is a very capable and effective leader and a strong supporter of close cooperation with Washington. After Saudi prompting, the United Nations has condemned the Houthis for their advances this year.

So it is very frustrating in Riyadh to see the Zaydi Houthis and their Iranian friends doing so well in Yemen. From King Abdullah bin Abdulaziz’s perspective, the kingdom is under dual sieges. The first is Iran and its proxies, Hezbollah and the regimes in Syria and Iraq. The second is al-Qaeda and its offshoot the Islamic State (IS) with their strongholds in Syria, Iraq, Lebanon and Yemen.

The Houthi advance threatens to plunge Yemen into the same kind of sectarian struggle that grips Syria and Iraq. The Sunni majority in Yemen and the Zaydi minority are increasingly polarizing the country on sectarian grounds, with the Saudis and Iranians fighting another proxy war along the Sunni-Shiite divide.

Since the United States was Saleh’s ally for years and now backs Hadi, the Zaydis are, not surprisingly, anti-American. Washington’s close ties to Riyadh add to their animus against the United States. A bumper sticker on Houthi vehicles proclaims “Death to America, Death to Israel, A curse on the Jews, Victory to Islam.” At the same time, the Houthis and AQAP are mortal enemies. Just as in Iraq, the pro-Iranian Shiite Zaydis in Yemen are opponents of extremist Sunni ideologues such as IS and AQAP. The United States should avoid being drawn into another civil war in the Middle East where the enemy of my enemy is not necessarily either my friend or enemy.